A number of talking points today. Lets drop the preamble, and get right down to it. My conclusions are at the bottom. 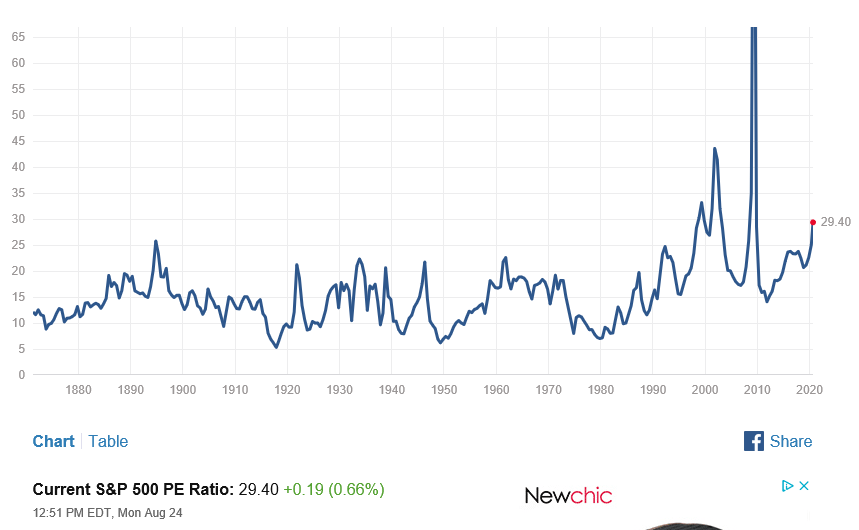 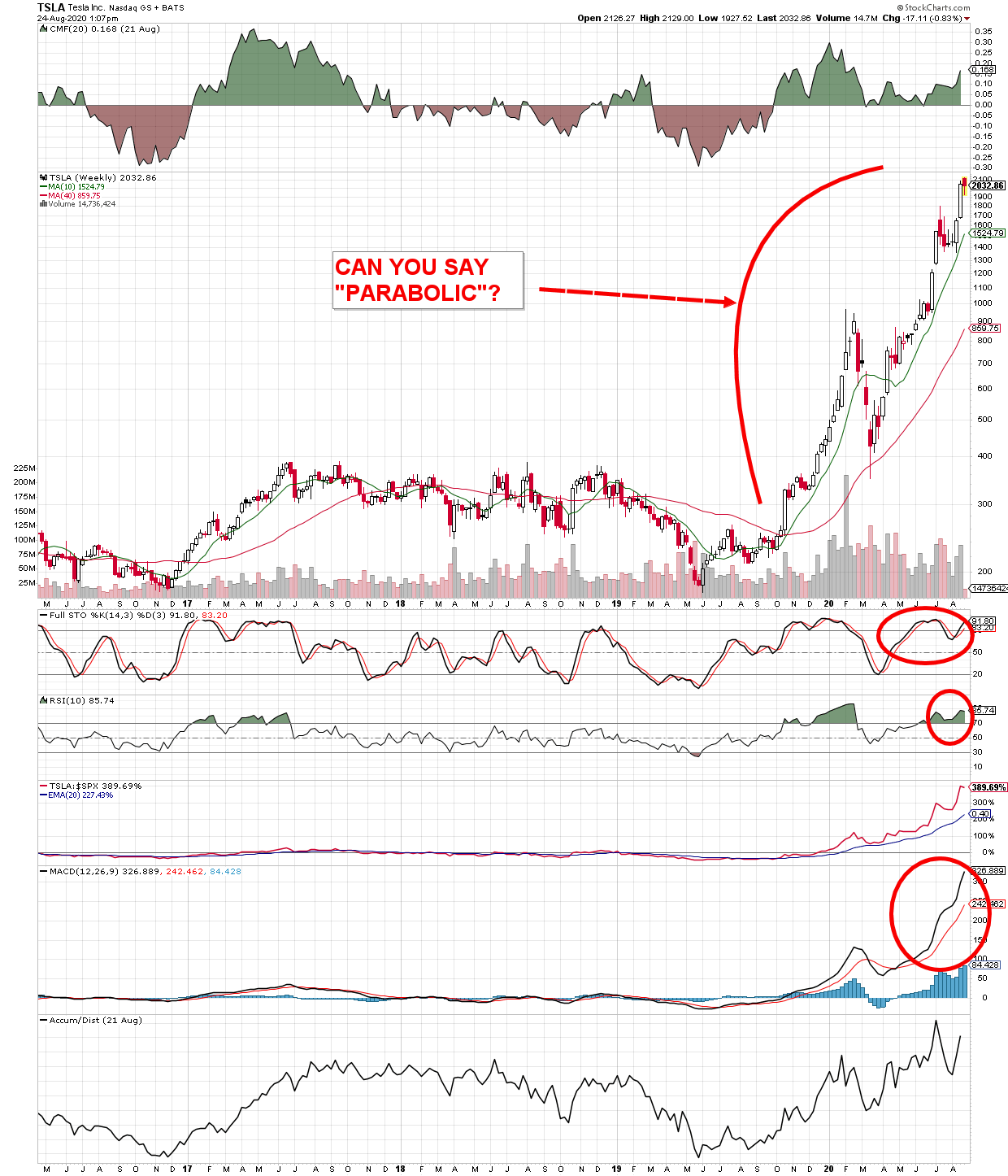 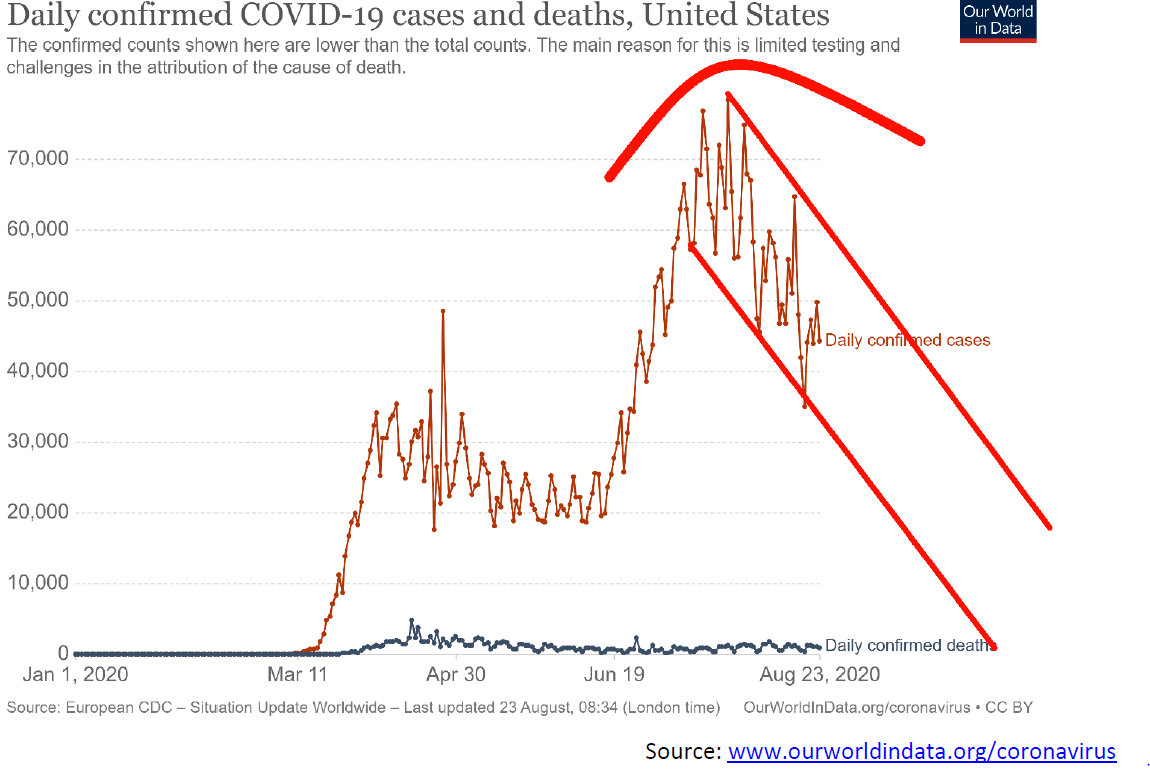 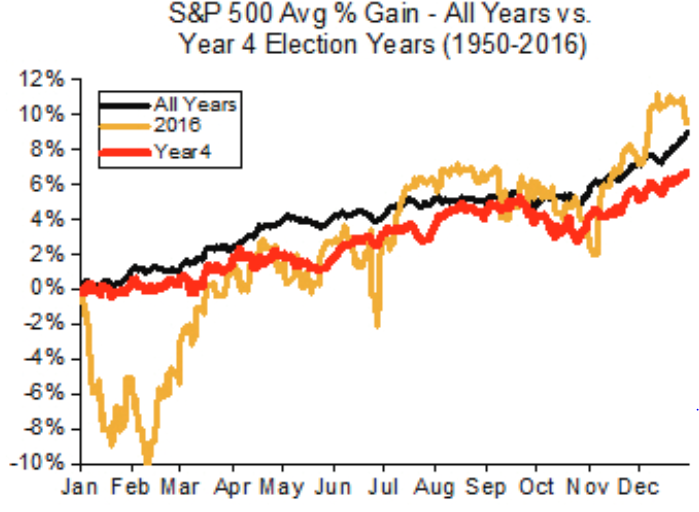 Progress in containing the virus spread may be the only potential silver lining here. An overbought, expensive market driven by speculation in a handful of stocks is hard to be too excited by. Add into that the uncertainty coming into any election, not to mention the potential for seasonal weakness from mid-August through October. That might be the recipe for a fall correction. To me, a much needed pause that should help markets remain healthy. We shall see. I continue to focus on value, dividends and cash, with a dash of gold and other commodity plays to diversify.

The Nasdaq appears to be losing momentum as it attempts to break old highs near 12,000. Take a look at the momentum studies under the price chart below.  Note the direction their trends display. Near END_OF_DOCUMENT_TOKEN_TO_BE_REPLACED

Here's a chart illustrating passenger traffic at airports since the COVID crash.  I took it from a Wolfstreet.com article in late Sept. focusing on the proposed airline bailout. Note that airline END_OF_DOCUMENT_TOKEN_TO_BE_REPLACED

An uncontested election seems to be priced by the stock market…which is interesting when you consider that both sides (Trump/Biden) have stated they will contest a close election. A contested election END_OF_DOCUMENT_TOKEN_TO_BE_REPLACED