Market insights to start your week

Random musing time again. Today, as I occasionally like to do, I present some points of interest for readers to take into consideration, ponder on, and use for general market intel in your trading strategy. Today I cover: Recession risk, Canadian debt, and an update on the neartermed market trade I spoke of last week. Finally, I talk about the current bearishness, which is a bullish forward looking indicator.

In no particular order, here are some points of interest I’ve come across from other sources, along with some of my own observations of late:

To determine the probability of recession, ClearBridge Investments uses a Recession Risk Dashboard

The 12 variables are economic watch factors that are ranked as growth, caution, or contraction/recession. The less green “Arrows” and the more red “X’s” indicates recession probability. Note the pattern over the past 3 months pointing towards recession. Growing trend towards less arrows, more X’s. 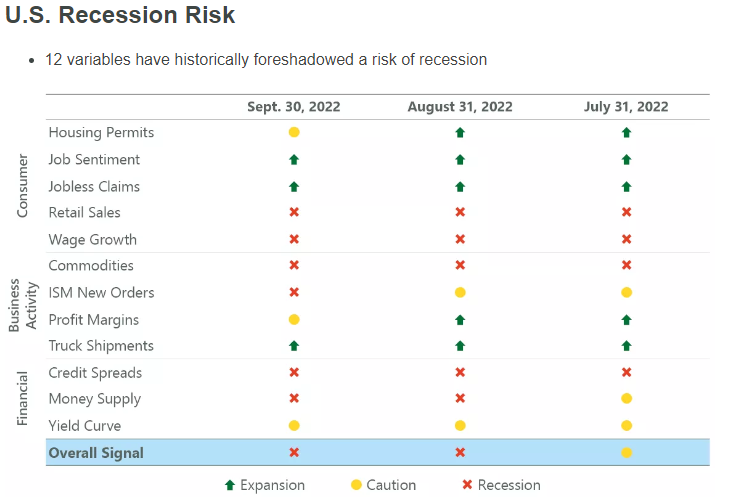 To soften the blow of inflation, the provinces and the federal government already have announced some C$21 billion in stimulus, which will feed into the economy in coming months. As noted in my blog last week, “Governments create inflation …. and then pretend to do something about inflation by causing more inflation”.

Beyond the impact of our wasteful non-GDP accretive inflation-spending of late (aka pouring gas on a fire to put it out), all that spending hasn’t been directed in helped us much. As the cost of living rises in Canada, many are feeling financial strain. But data shows that even before the COVID-19 pandemic, the costs of everyday products and services in Canada have been some of the most expensive in the world. Here’s why: Read in CTV News: https://apple.news/AboI-g0TvRN-tkZ8bX2a2Hg

Take a look at the top 4 debt-loving PM’s chart, below. Three of the four had last names ending in “T”. Before anyone defends the current record debt …it was not due to COVID. Nearly half of federal budget deficit during pandemic not related to COVID spending | National Post 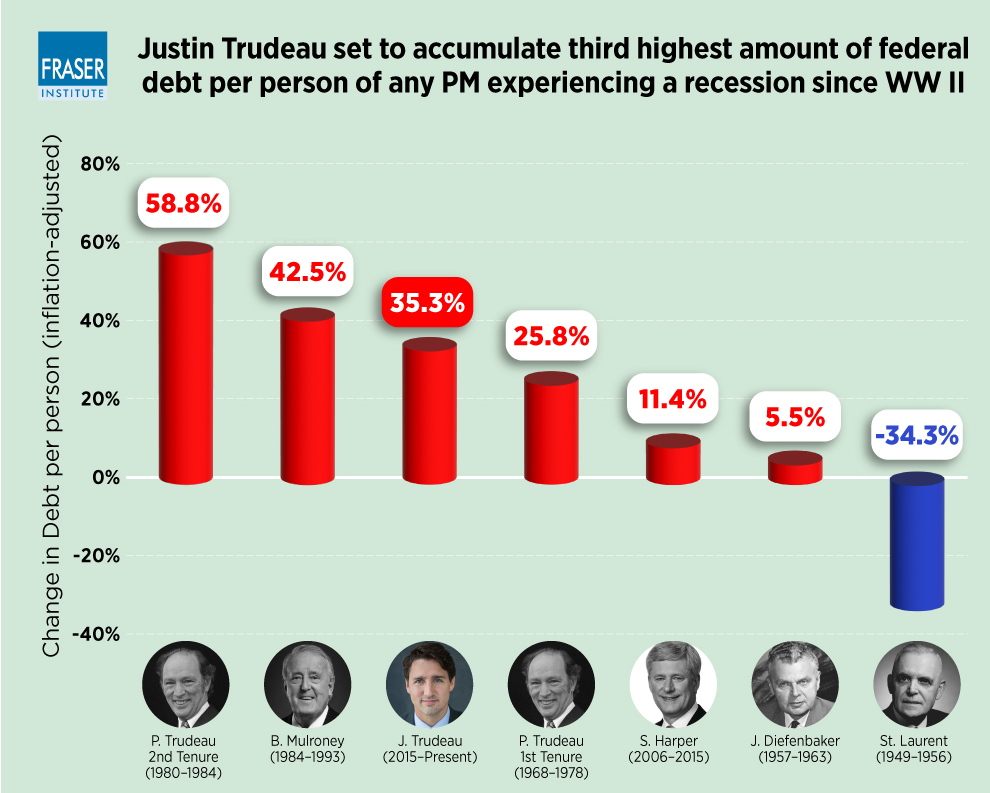 If you get the ValueTrend Newsletter, you will have received our latest edition in your email on Friday of last week. In it, we address our newest strategy surrounding the potential of a neartermed market rally. You can subscribe to the newsletter here if you do not already. Its free, and it offers unique insights that are normally only available to our clients with only the specific securities & trades removed.

To quote the newsletter: “We will NOT be allocating more than 5% into such a potential rally, and will ONLY allocate after confirming that the S&P 500 can hold 3600 until at least Tuesday. We anticipate reviewing the trade to sell should the rally fail near the top of the channel. If the market breaks its 200 day moving average, we will be more inclined to treat this trade as a new bull market. One step at a time.”

We’re likely to take a position in the current rally. We view the potential for some neartermed upside similar to the August rally in that it may move significantly enough to offer opportunity. Should the rally continue, we anticipate a run to the top of the channel, and/or around the 200 day (40 week) SMA which sits at 4100 currently.

That said, note my longer termed comments under the sentiment discussion below. There’s room for one last leg down after a rally. Not a prediction, just a history lesson.

Here’s the chart with the channel, a reversal candle and some momentum oscillator hooks suggesting some upside potential: 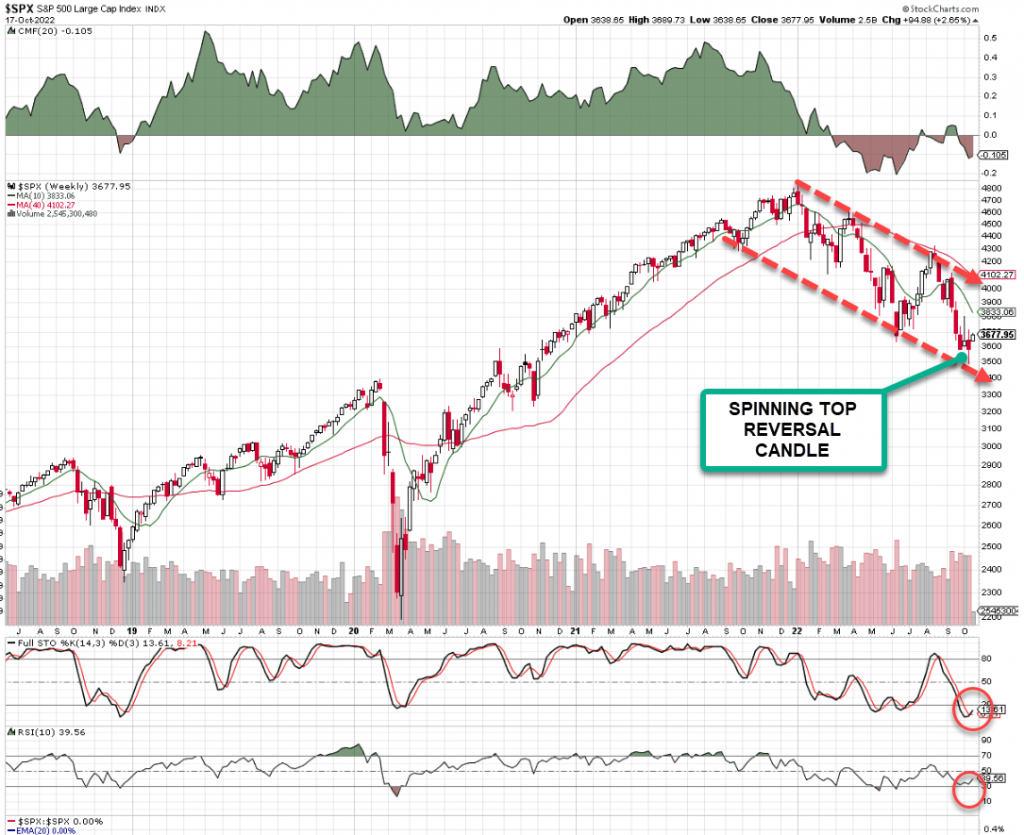 Beyond a rally…Bear market history 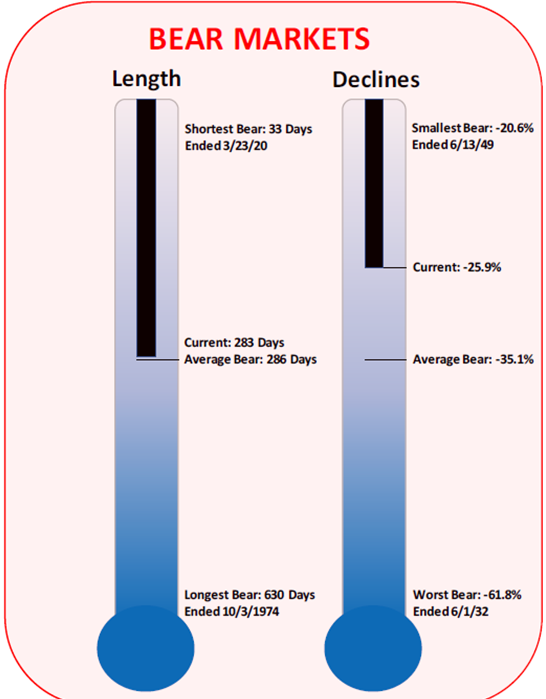 Sentiment indicators suggest the end of the bear is near

Early this year, we saw a similar breakdown in the chart patterns and 200 day SMA as we saw in 2008/9. Now, we are seeing similar sentiment and breadth indicator patterns that lead the market into the bottom of that bear.

By most measures I’ve looked at lately, particularly those dealing with the options market, we’re in an environment somewhat similar to early October 2008. That wasn’t the bear market’s low. In fact, the low was 4 months later in early March 2009.  But, like now, breadth momentum and consumer sentiment, along with option positioning were becoming one-sided.  These lead us into period of relief rally and wild swings in both directions (see the chart pattern below in late 2008) – just as we are seeing now. After a final washout in early March 2009, the market formed a base, which, as always, eventually broke out. That base & breakout, which turned out to be a H&S pattern (FYI: how the base forms really doesn’t matter), began the new 13 year bull market that just ended in 2021. Below is the 2008/9 chart:

Too many bears = good news, eventually. 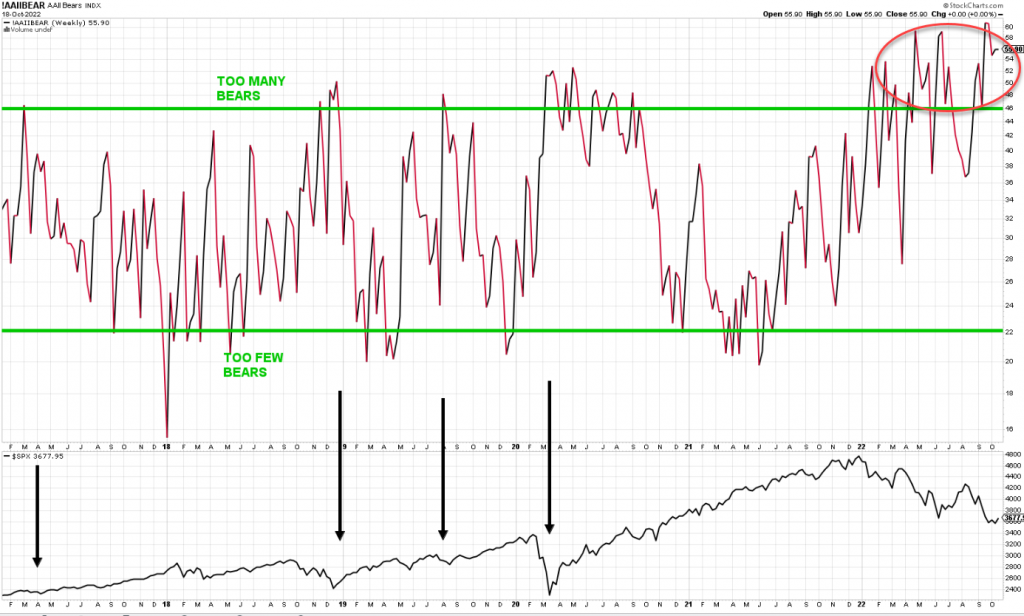 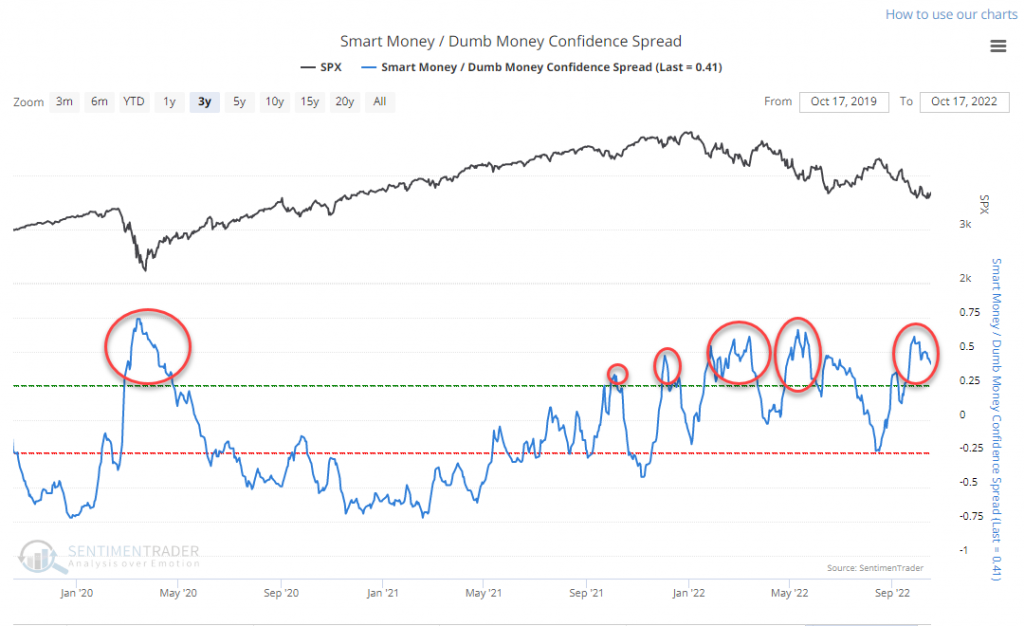