The SPIVA report provides updated statistics on how active managers are faring against the broad liquid market indices. It’s a good site to look at to bring to check how many managers outperform their index in virtually every developed market. In fact, the report can be a bit eye- opening.

A couple of things to keep in mind when viewing this data. First, the data changes, and manager performance can rotate in and out of favor on occasion. So the SPIVA report is an average for a group. but it’s less significant as an individual manager evaluation tool. This is because in any given period (1 year, 3 year, 5 year, etc)—some managers move up into the “outperforming” group while others drop out of it. Thus, the active managers may be constantly rotating in and out of relative performance. For example, in 2016, many true “value” managers were hammered – growth stocks were king. One of the purest value managers out there might be the ABC Fundamental Value Fund. Reading their statistics, you would have seen that they underperformed the Canadian TSX300 by a huge margin over their two year performance to July 31, 2017. However, their one year performance to July 31, 2017 doubled the index in performance.

Clearly, ABC’s “style” of valuation and trading came back into favor. I’m not here to endorse them, or any mutual fund (in fact, I tend to advise against buying funds for their costs and their inability to react in a down market) – but I am pointing out that ABC’s returns were thrown into the pool for performance numbers in studies like SPIVA. You can see that these statistics cannot remove “bad years” . Yes, it all comes out in the wash, but one bad year can be misleading, and might have prevented you from buying a fund that doubled the index a year later.

Further, if you get truly active management – that is, a manager or style of manager unafraid to raise cash, short, or hedge risk  –  the SPIVA report may not encourage you to invest with them before a market crash. Leading into 2008, the average hedge fund was underperforming. Such reports would have discouraged you from investing in them. Ironically, in 2008 hedge funds (on average) outperformed the market.

The chart below amply demonstrates the effect that the 2001 and 2008 crashes had on stock portfolios. The indexes were clobbered. From the 2000 peak it took index investors about 6 years to breakeven (early 2007). Same with the 2008 peak – it was 5 year journey (mid-2013) to become whole again for index investors. Personally, I know of many individual investors and good portfolio managers who broke even in far less time than 5-6 years. Our Equity Platform was fully recovered by the first quarter of 2010 after the ’08 – ’09 crash.

Some managers like ourselves prefer a steady type of return over the more volatile index returns. In such cases, it’s hard to play the “me too” game of chasing irrational exuberance during a fast rising market. Cap weighted indices such as the TSX300 and S&P500 tend to overweight the current market darlings. And that’s ok, so long as markets are rising. However, performance with lower standard deviation from a mean (average) return is hard to achieve while you chase index-leading stocks that are becoming overbought. 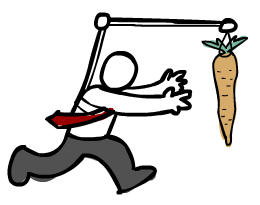 At ValueTrend, we’ve outperformed over most time periods – click here for details. Having said that, we still go through periods of underperformance just like any other manager.  For example, we sometimes make a decision to hold cash while others gleefully pile into the market – such as now. Sometimes we’re wrong and wish we’d bought. But when we’re right-we’re right. Our biggest and best years are during times when markets act irrationally. That’s a management style that may go out of favor for a while, but the “trend” is for us to regress back to our mean performance. So in the near term, we might be added to the “underperforming the index” group – as other managers may be. But any system worth its salt will save you in the long run.

Whether you manage your own money or use a portfolio manager, stay with the active approach. It’s worth the safety – should the market turn ugly.

Keith will be on BNN’s popular call-in show “MarketCall” Wednesday September 6th for the 5:30 pm show. Phone in with your questions on technical analysis for Keith during the show. CALL TOLL-FREE 1-855-326-6266. Or email your questions ahead of time (specify they are for Keith) to [email protected]