I don’t normally blog about commodities. But lumber is one of those commodities that people may be more aware of lately, even if you have no desire to speculate on the product as a commodity play. Whether you or somebody you know is building a house or building a deck, the recent parabolic move by lumber is making it more expensive to build right now. Here at ValueTrend, I’ve been trying to get a quote on rebuilding the deck at the back of our office building. There’s both a shortage of material and a massive price increase in my quote since last year.

The question for both lumber investors and end-product users regarding lumber is…will it last?

The charts below makes it pretty clear that lumber is overbought. I think it will peak out pretty soon, and find a reason to correct in the coming month or two. Here is what the continuous contract lumber chart is suggesting to me: 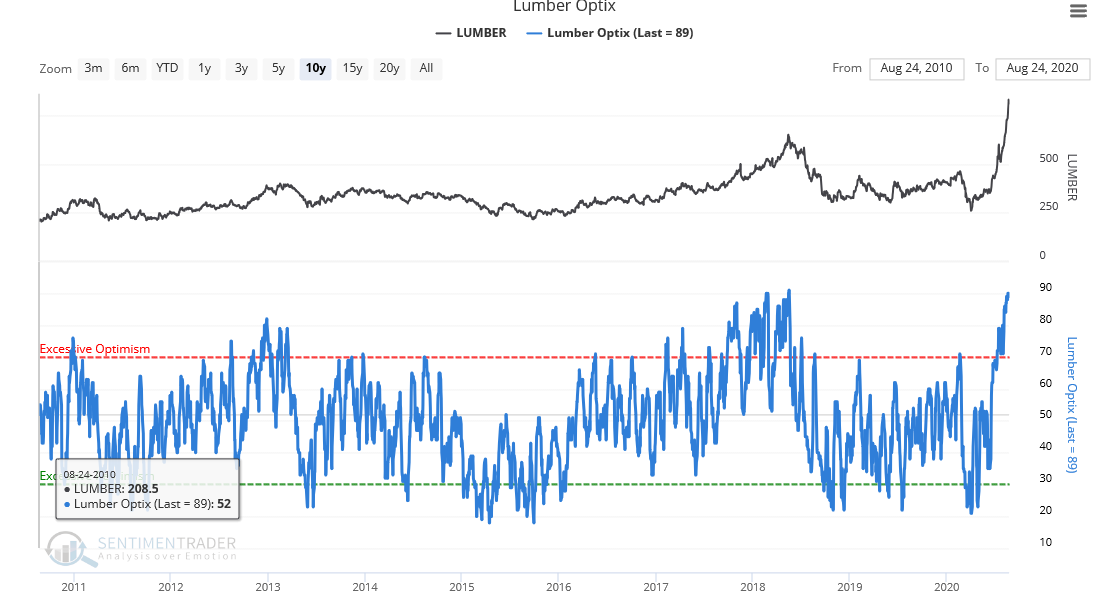 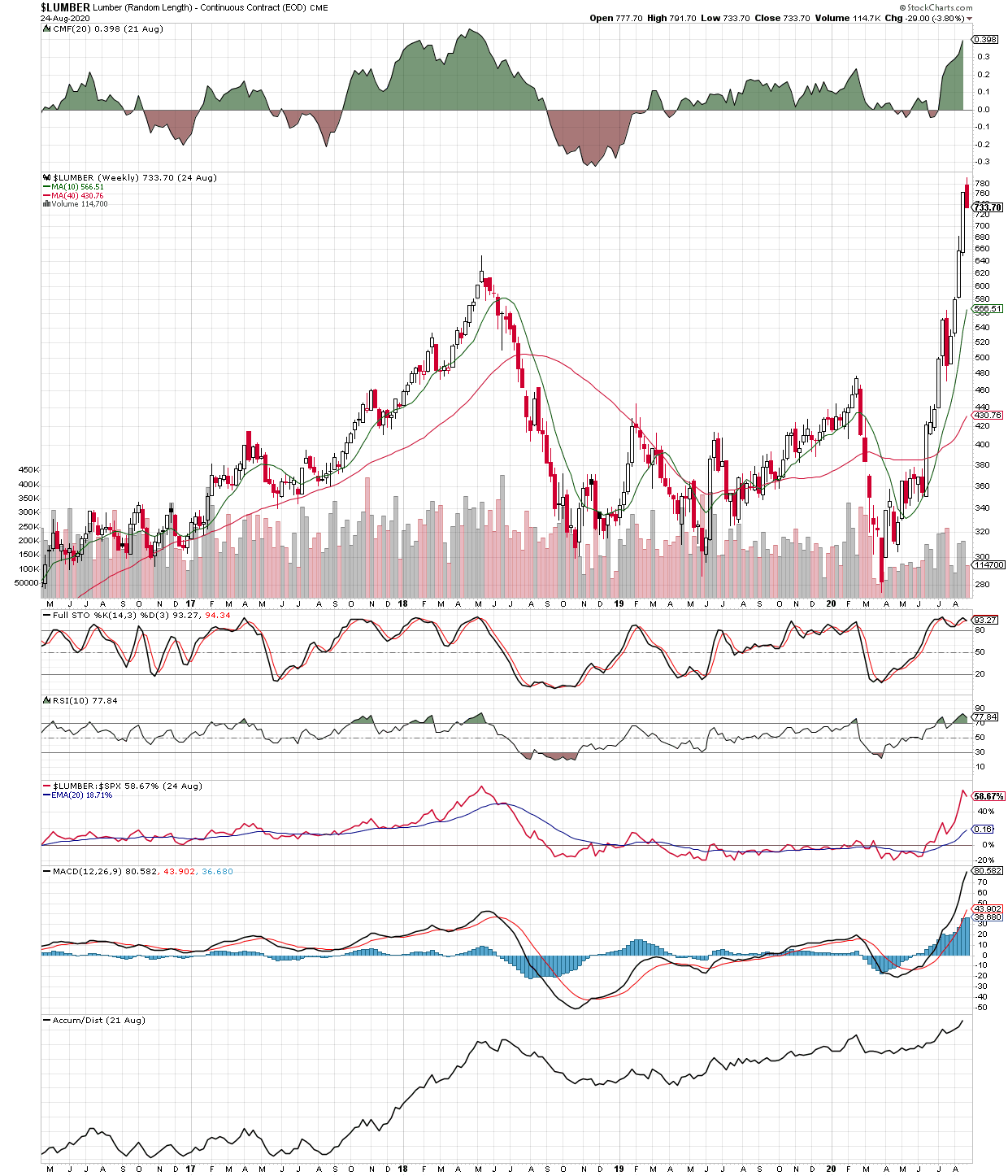 MACD suggests that lumber might have a bit more to go. But its a lagging indicator – so watch RSI and stochastics (and ROC or any other of your trusted momentum indicators) for a change in direction. They will give a clue before the big move down happens.

If you own lumber, enjoy the ride for the time being, with an exit plan. If you are building anything involving significant lumber supplies, well, it is what it is. But if you can put that process off – it might be cheaper to build next year, all things considered.

I’m off to the cottage until next week. Back with a new blog then.