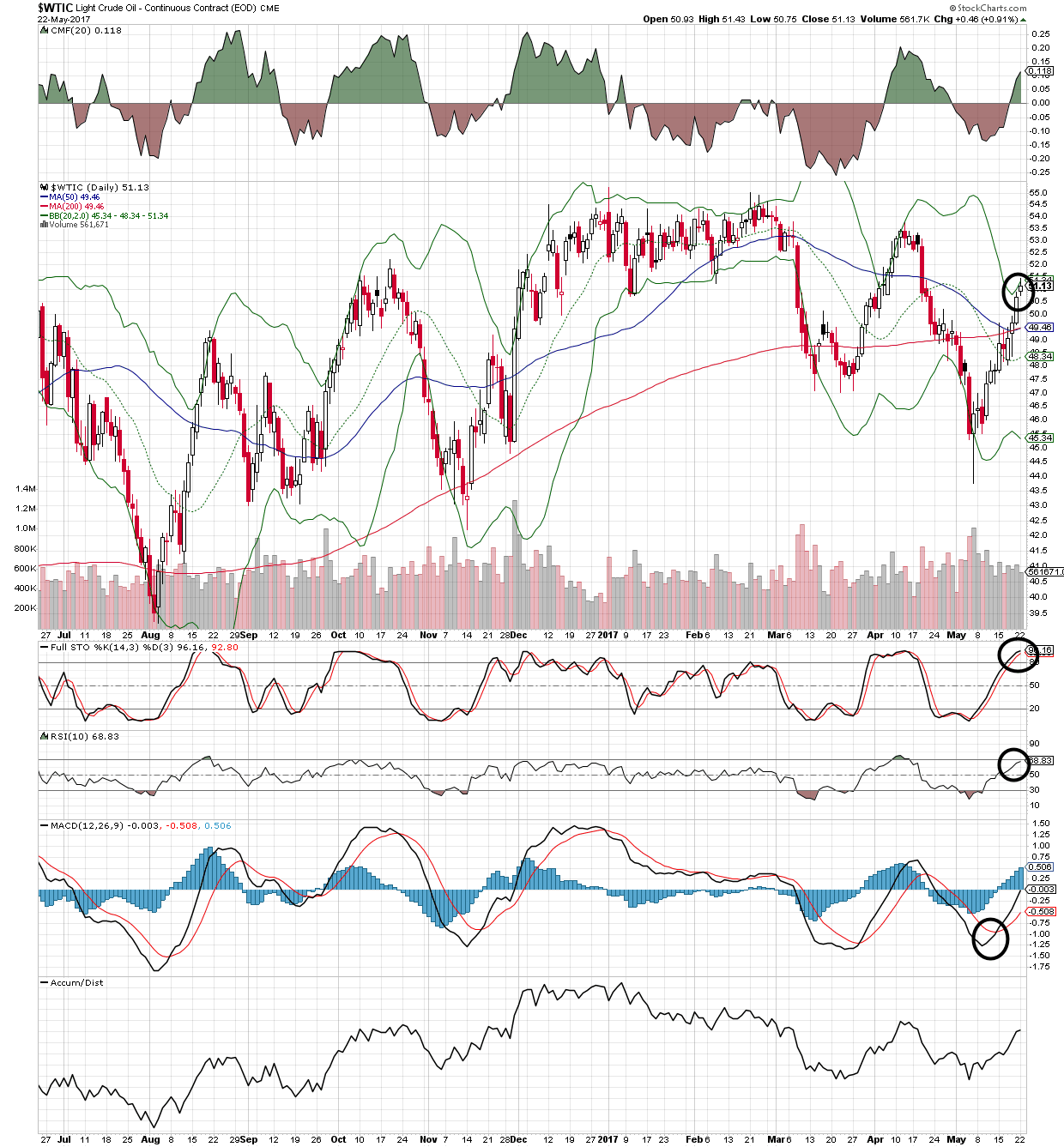 It’s a fact that our Canadian dollar is influenced by the price of oil. Despite a favourable move by WTI crude oil recently – and potential for another dollar or two more upside for oil – the Loonie remains in a downtrend. This is unusual.

Meanwhile, I wonder how much there is left in the move for oil. Note that WTI is currently hitting its top Bollinger Band – with near-overbought levels on the momentum indicators. Technical resistance comes in somewhere near $55-although I’m not sure it will make it there. Nonetheless, rising oil should be good for a rising loonie. And yet, except for a couple of positive days late last week, we really haven’t seen our currency follow the 3 week rising path of oil.

A weakening USD vs. worldwide currencies should also be helping the loonie on a relative basis. But its not. Note the 6% decline in the USD vs. the world basket of currencies – which has not helped stabilize our dollar. I offered some insight into Canada’s plight – and why this might be happening-  in a couple of blogs over the past two years – the last one being entitled “It sucks to be right“.

At ValueTrend, we attempt to achieve low volatility, consistent returns in our equity platform. As such, we pay attention to currencies and how their movements will affect our portfolios in real terms for our clients. While a falling USD and temporarily rising barrel of oil may temporarily push the loonie up a penny or two (despite minimal evidence of that occurrence thus far) –  I’m hesitant to reduce our USD portfolio positions any time soon.  At least, not until the trend channel noted on the chart below is broken to the upside. Given the concerns surrounding Canada’s economy I’ve outlined in the past, I’m skeptical of any meaningful breakout for our currency. I continue to target a sub- $0.70 before any meaningful bottom may be seen on the loonie.

We're into the home stretch, baby! Today's questions are being bundled together, given that they both focused on commodities. Before going to the charts, let me again thank all question-posters for END_OF_DOCUMENT_TOKEN_TO_BE_REPLACED

We're back with part 2 of the Ask Me Anything Answers from last weeks blog. Lets get right to it. Divergences Tesjinder asks if I have a preference for daily vs weekly charts when looking at END_OF_DOCUMENT_TOKEN_TO_BE_REPLACED

Wow! Once again, an overwhelming response to the Ask me Anything blog. Huge number of questions. A few of which I had to answer in the original blog post given that I wasn't able to answer the END_OF_DOCUMENT_TOKEN_TO_BE_REPLACED