Home / Is the gold rush over?

Is the gold rush over?

I’ve been getting a few questions on gold and gold producers lately. Its run pretty hard to the upside, but over the past few days its stepped back a bit. Is the gold rush over? Should we be selling our gold positions? Today I thought we could take a quick look at gold bullion and gold producers – and try to draw some conclusions regarding the question of whether to weather the storm, or sell. 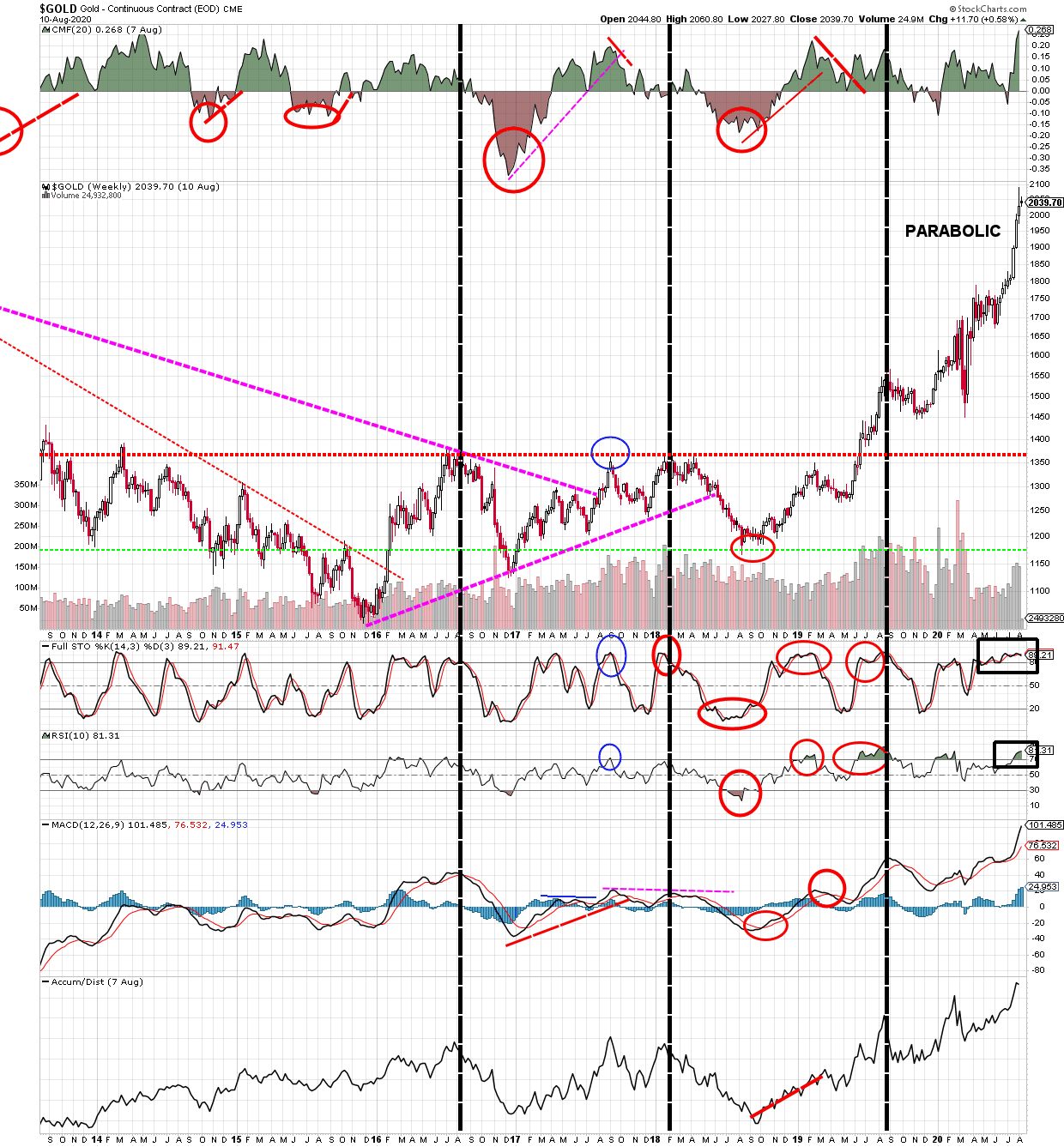 The weekly bullion chart shows us that gold is entering into an overbought position that has typically lead into reasonably stiff pullbacks on the metal. Note that RSI and stochastics can remain overbought for a while before the indicators prove correct. Better to see a combination of overbought stochastic and RSI with a MACD hook down to call the bigger move. So far, MACD is still trending up. But its pretty overbought too, so I will not be surprised if it rounds over.

The question is – how much will gold decline in the current correction? If MACD doesn’t cross over to the downside, I’d expect the current selling pressure on bullion to be done in a few days. So lets keep an eye on that MACD indicator to tell us what extent of selloff we might expect. Of note – the big base breakout from $1360 last year, along with the takeout of $1900 from the old highs of 5 years ago implies plenty of upside, despite the neartermed noise. 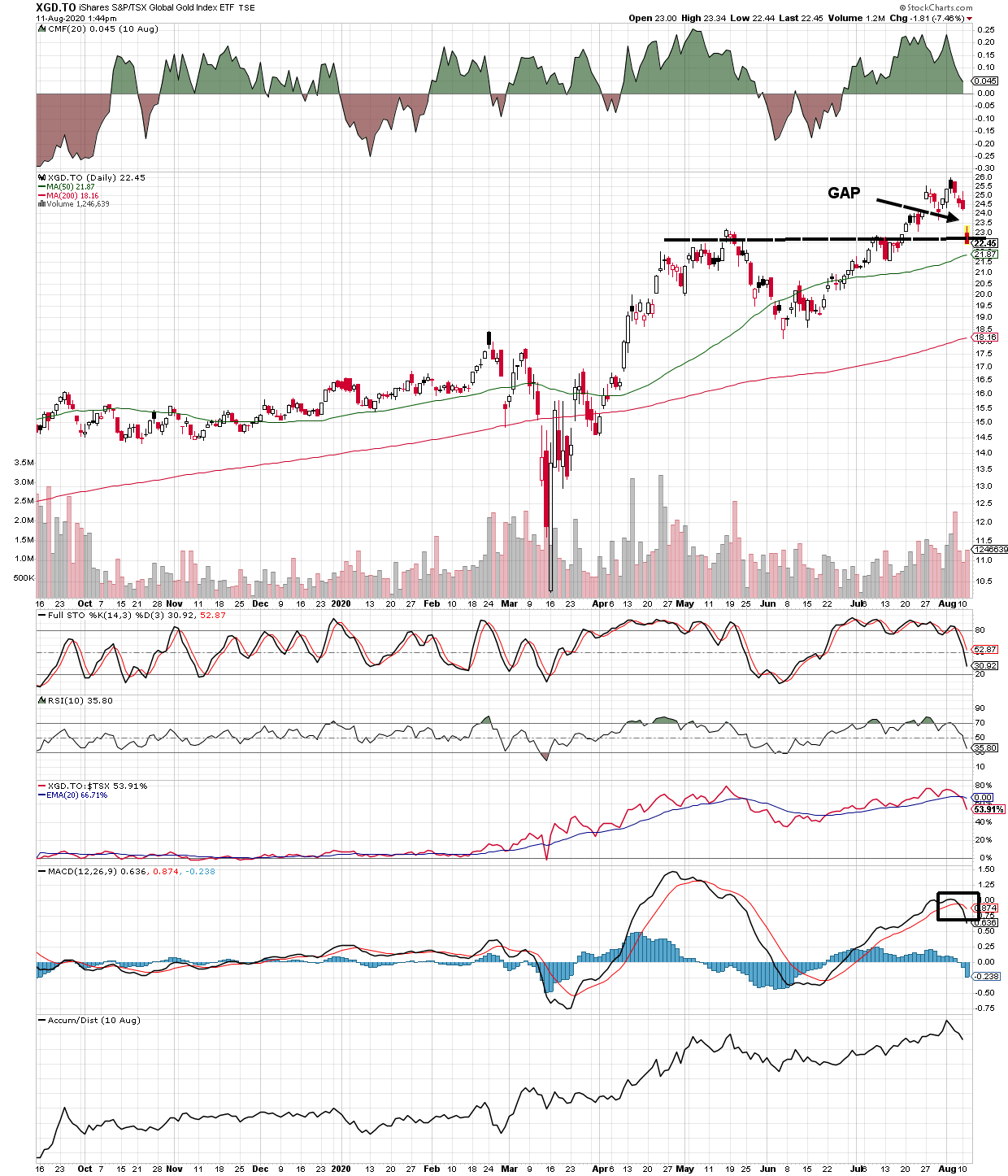 The iShares producer ETF – XGD – chart above is a daily chart, rather than a weekly. I thought I’d take a closer look at the indicators and patterns on this one. Full disclosure: we hold a position in XGD. I hold it personally, professionally. Note the gap down during the recent selloff. People are running, not walking, for the exits on gold producers. Support near $22.50 is being tested. Will it hold? If not, look for another 10% downside into the $20 or slightly lower levels.

MACD is hooking down and crossing over. Not good. But, RSI and stochastics are approaching oversold levels. The selloff may pause in a few days if they hook up at their official “oversold” zones. We shall see.

Gold, and the producers, are in a precarious position. They may just sell off for a week or so and be done with it. After all, the bigger picture- as noted in my bullion comments above- is bullish. But overbought selloffs can correct sharply. If we don’t see some settlement soon, it may be a significant selloff that only longer termed bulls will want to endure.

At ValueTrend, we hold over 6% in XGD, and a small amount indirectly through a well-rounded base metals producer. I will hold for now, but I’m willing to sell if I don’t see some support hold at around the $22 area. Conversely, if it holds, I may add to it. We shall see.

Your thoughts and comments on this subject are welcome, below.