Home / Is post-crash rally-volume telling us something?

Is post-crash rally-volume telling us something?

Just a couple of thoughts today folks. Just back from a week away at the cottage, and way behind in my work.

First thought:  While we all know that the summer can bring with it lower trading volumes as institutions, traders and retail investors take a break – its important to note that the recent decline in volume began before the summer. More importantly, volume has been declining aggressively during a period where the market has climbed aggressively.

My chart above notes how sometimes (not always), volume predicts a future rally or decline. That is, rising volume in a falling market can indicate a rally is pending. And visa versa. Does the current decline in volume preclude further market upside? I guess we shall find out…!

Second thought: Biden, who is leading the polls for the upcoming US election, will pursue higher taxes, want to reduce corporate share buybacks, and reduce investor dividends. Not only have these been major pillars of the US equity bull market in recent years, but also pillars of US Dollar inflows…. 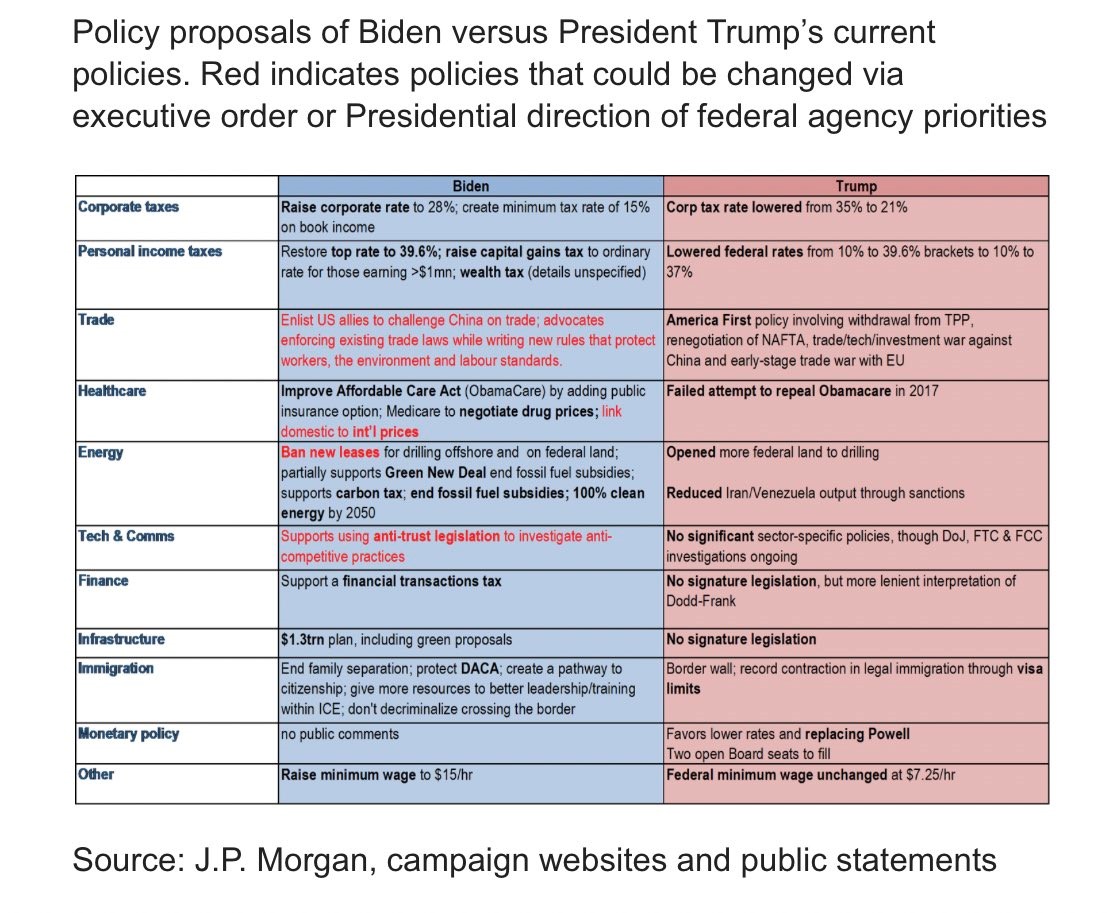 Of interest is the column titled “Tech & Comms”. Basically, a Democrat government will be non-too friendly towards the domineering companies within the tech sector. In particular, Biden has noted that he will go after Amazon for not paying enough taxes, and its dominance. That stock has a parabolic chart and a forward (not trailing!) PE ratio of 170 x. This stock, in my opinion, is among the most vulnerable.

Note the parabolic move (circled) on the chart of late. Also note the high RSI, stochastics and MACD indicators. The air must be thin up there!

An indicator I don’t often use is Keltner Channels. These are volatility-based envelopes set above and below an exponential moving average. Unlike Bollinger Bands, they use ATR (Average true Range), which is more of a volatility indicator, to mark channel distances. Its good to use this indicator in a more aggressive stock – Bollingers tend to see a bit more “riding” of the bands vs. Keltner in my experience. Sometimes a move above the upper band range on this indicator can be considered a breakout and indicating a new bull market for the stock. This could indeed be the case after AMZN’s completely flat performance in 2019. However, the momentum indicators are suggesting an aggressively overbought stock – and its priced for perfection (and more!). The breakout through the upper Keltner line may be a good thing, or….the sign of an overbought stock waiting to correct. 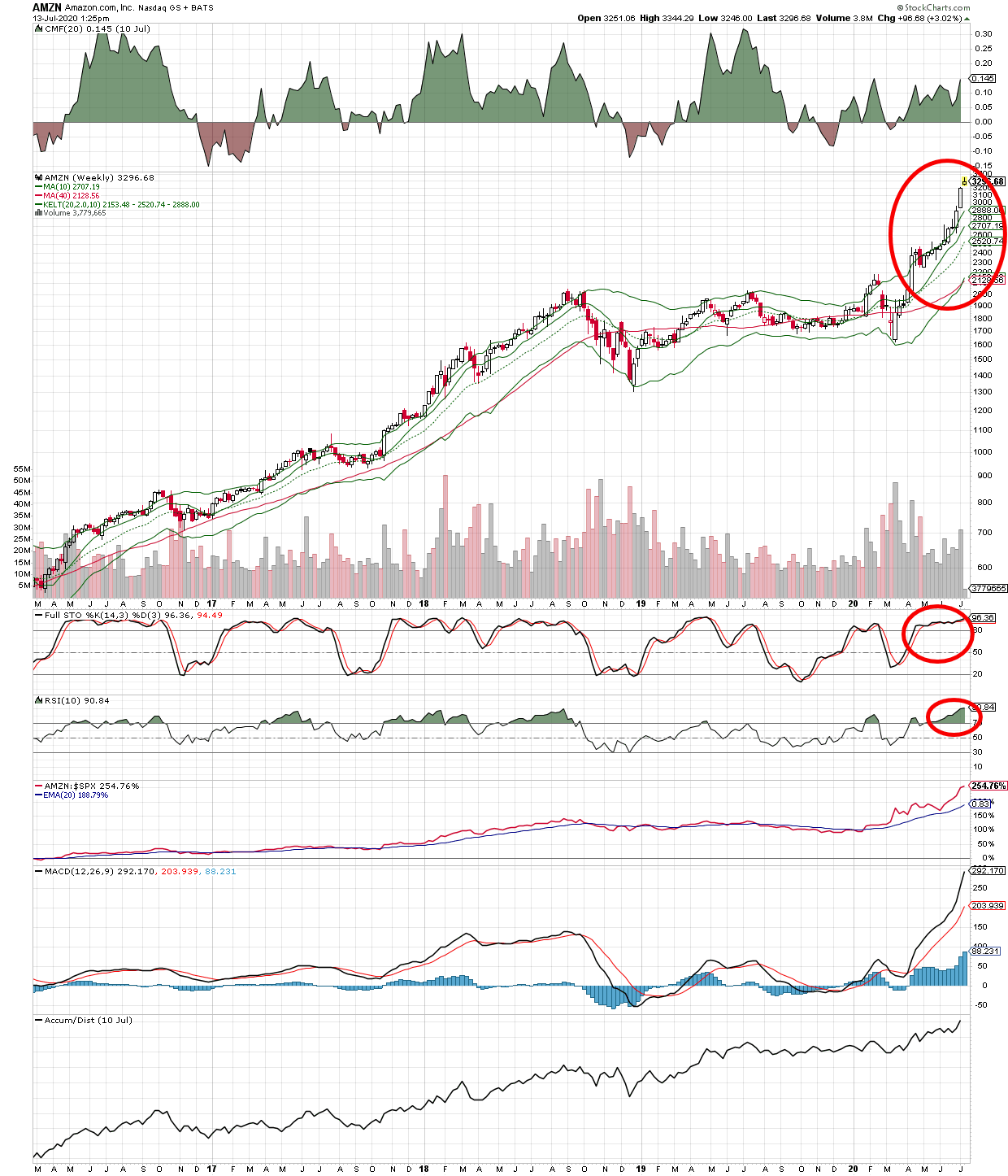 Biden may be the straw that breaks the overburdened camels back that is Amazon.

And that, in turn, may kibosh the S&P 500’s performance. I’ve noted before that 20% of the SPX’s performance comes from 5 names. Remember Atlas, who had to bear the load of the entire world on his shoulders? We shall see if Atlas can bear the load if Biden gets his way….