In January, when the Nikkei sat at about 10,000, I blogged that it looked like the Nikkei might be a good place to be (https://www.valuetrend.ca/?p=1764). I blogged again in March and suggested that the Nikkei had more room to go (https://www.valuetrend.ca/?p=1924). The move to 15,000 was sharp and aggressive over that period. But now it might appear that the party has come to an end.  Lets take a look at the charts to see if there’s any potential upside left for the Nikkei. 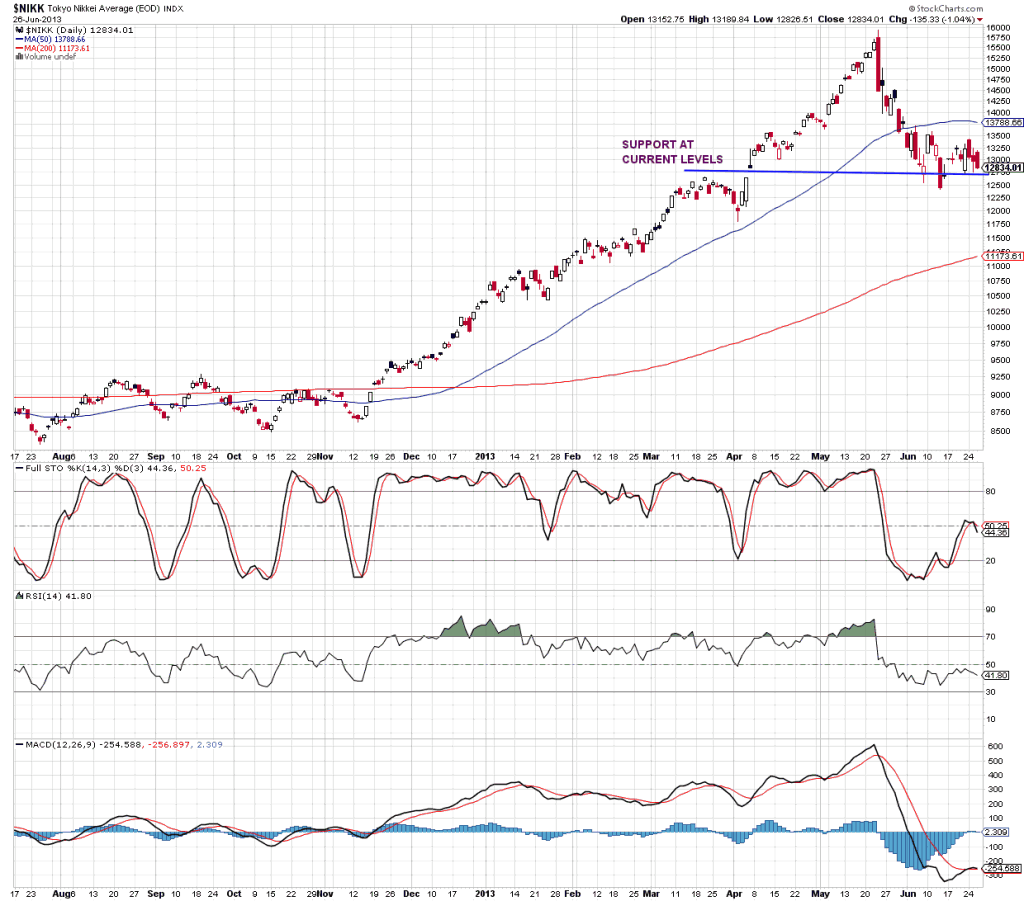 The daily chart shows us firm support at around 12,500 or so for this index. RSI looks a little weak, although it is recovering from an oversold position—as is stochastics and MACD. So the Nikkei would appear as an oversold candidate with proven support at current levels – at least from the neartermed viewpoint. The market broke its 50 day MA, but stands well over its 200 day MA. The distance from its 200 day MA no longer suggests a long termed overbought position.

I own an older model Porsche. I like it because its a purist car - a true drivers car for those who want absolute connection to their vehicle. Manual tranny (essential for the purist driver) with a END_OF_DOCUMENT_TOKEN_TO_BE_REPLACED

As a contrarian, I rely at least to some extent on sentiment data. As the Templeton once said: “To buy when others are despondently selling and to sell when others are avidly buying requires the END_OF_DOCUMENT_TOKEN_TO_BE_REPLACED

We're into the home stretch, baby! Today's questions are being bundled together, given that they both focused on commodities. Before going to the charts, let me again thank all question-posters for END_OF_DOCUMENT_TOKEN_TO_BE_REPLACED