It’s true that the US markets may be getting ahead of themselves. At the same time, some of the other world indices seem to be breaking out of base formations. Perhaps it may be a good time to diversify a bit of our capital away from the US market. Keep in mind that the US market does influence most world indices (the US market is the dog that wags the tail).  Still, it doesn’t hurt to add some diversity in what may prove to be better opportunities within our portfolios.  Let’s take a look at a few examples of attractive international stock charts—indices that were out of favor, and now appear in better shape.

A lovely breakout on the iShares Europe ETF (IEV) suggests a $45 target. The German index (below) looks  interesting right now – although the next level of overhead resistance isn’t too far away..

It’s hard to paint the emerging markets with a broad brush. After all, there is such a diversity in productivity, economic states of development, and chart formations that it’s probably best to buy individual country ETF’s rather than a broad EM ETF- like the EEM chart shown below. Nonetheless, the chart does show some promise given the nice base breakout recently. Overhead resistance isn’t too far away – so I’d probably pick the index apart a bit and buy the better index ETF’s that comprise this one. For example, I quite like Brazil – shown below. This ETF looks to have much higher resistance levels—offering the potential for more upside.

Despite worries surrounding Trump’s trade negotiations with China, the Shanghai continues to motor along. I recently listened to an economic commentary with Benjamin Tal of CIBC, an economist who I do hold in high regard. He felt that much of Trumps policies could be accomplished (e.g.- “the wall”, immigration policy, etc). However, it will be quite difficult to change the new economic reality of free trade, and bring back American unskilled labor – forgoing the better pricing that consumers demand. China, emerging markets and India will likely continue to supply much of our low-skilled labor in the foreseeable future. The Shanghai chart agrees with that assessment -it suggests a double-digit return potential in the coming months. 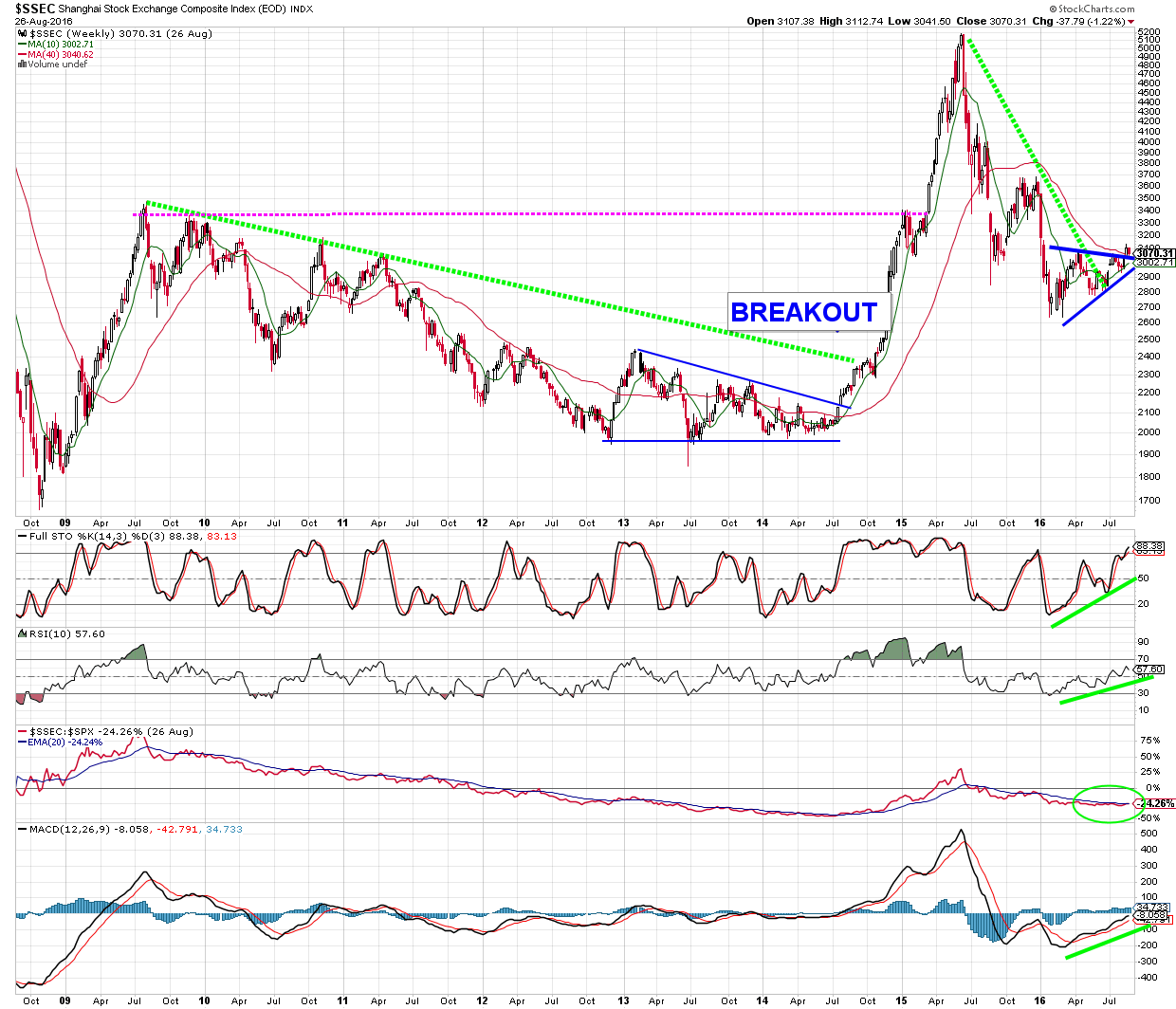