Home / If everything seems to be OK, you’ve obviously overlooked something

If everything seems to be OK, you’ve obviously overlooked something

For this week’s title, I owe Flying Monkey’s brewery yet again for the words of wisdom found undeneath their bottle caps. Two market indicators that shouldn’t be overlooked are pointing to potential trouble for markets ahead, at least for the near term. 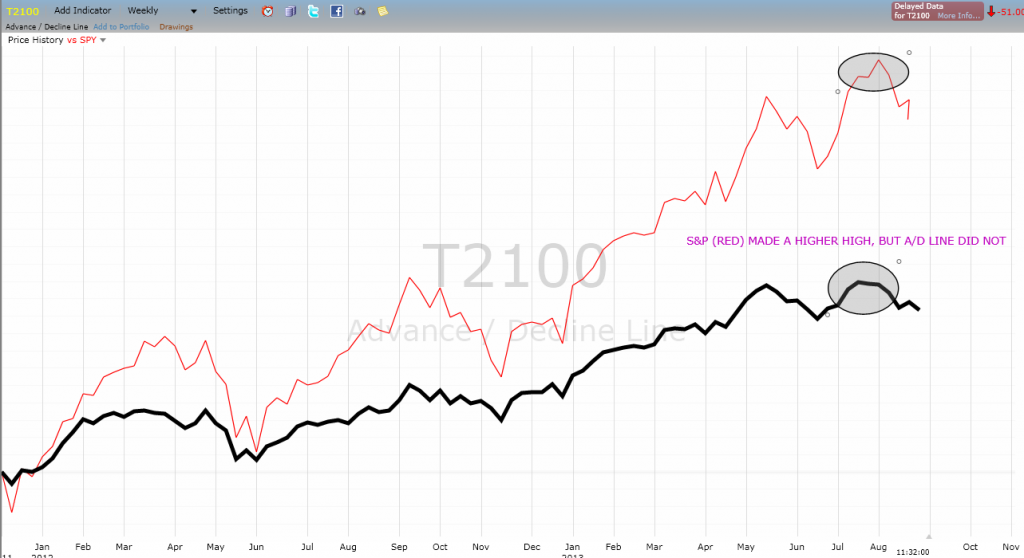 The first divergence to note was a change in breadth. If you’ve read my first book, SmartBounce, you’ll know that the divergence in market breadth in 2007 was one of the first and most important signs of trouble prior to the crash of 2008/2009. That year (2007), the major US indices drove to new highs while the A/D line began making lower highs.

Recently, the NYSE cumulative Advance Decline line (see chart above) put in 2 equal-level highs on the daily chart, while both the Dow and the S&P 500 made new highs in early August. This divergence in market participation (also known as breadth) was less aggressive as that seen in 2007, but it still should be noted. The root cause of lack of broad market participation was probably the grinding down of the interest sensitive stocks. Whatever the cause, it does tend to suggest that a shift to weakness is occurring on the markets. 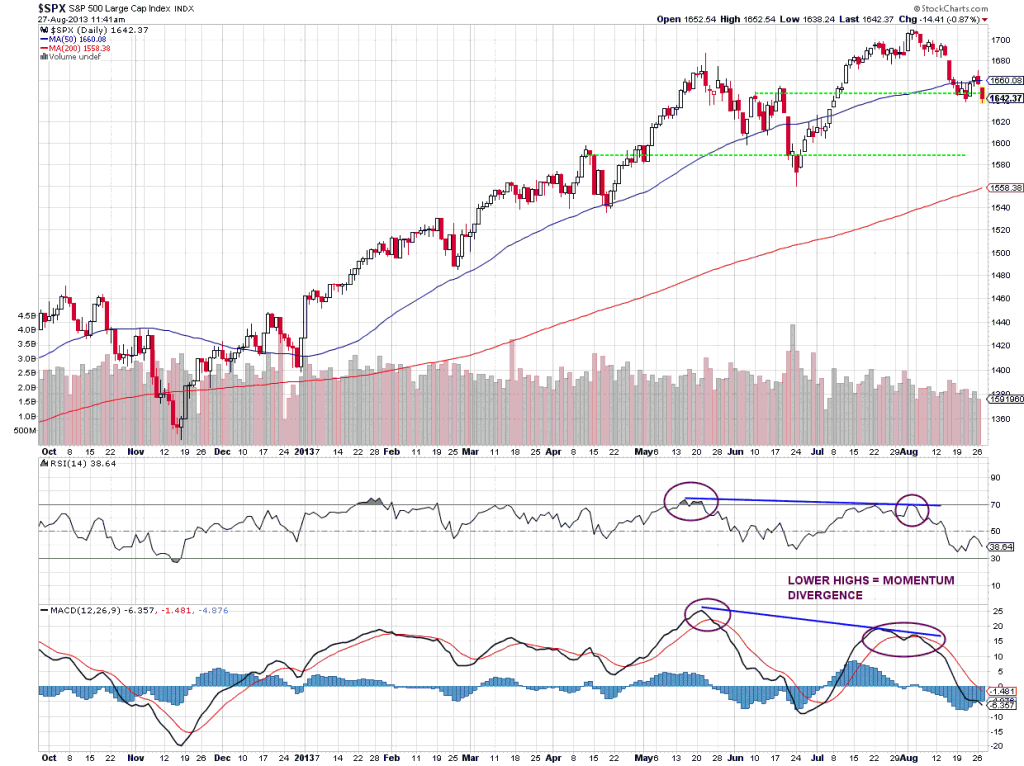 The next divergence worth noting was the lower highs between June and August seen on the two longer termed momentum oscillators I follow. The MACD oscillator, which is one of the longer termed momentum indicators best used for those who trade with a longer timeframe in mind, and Wilder’s RSI oscilllator both made lower highs between June and August. Meanwhile, the benchmark indices put in higher highs over that timeframe. This divergence suggested a pending change in market momentum. Combined with slowing breadth, traders might be wise to heed the traditional seasonal warnings for September. Odds are that if you feel pretty content about the markets right now, you may have overlooked something.

On Friday’s show, I note that I’ve just raised another 8% cash in my equity model, to hold 48% cash at this time. We also talked about the dangers associated with inverse ETF’s for anyone trading outside of a few days, particularly double-inverse vehicles. I hope you enjoy the clip(s).