Home / How to use fundamental analysis with technical buy signals

How to use fundamental analysis with technical buy signals 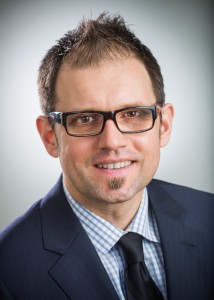 ValueTrend’s resident fundamental analyst Craig Aucoin, is responsible for reviewing stocks that have passed the technical screens completed by myself. I asked Craig to provide some points on what he looks for when reviewing our stocks to better help readers of this blog incorporate some fundamental screens into their process. Say hi to Craig!

When one views a positive breakout from a consolidation on a chart, or a confirmation of a bullish technical trend, it is wise to confirm that there are fundamental catalysts to ensure a sustainable move. There are two main qualities that Craig looks for when reviewing a stock for a buy-confirmation of a technically attractive stock. First, Craig looks at qualitative factors such as a sound and experienced management team who are working within an appealing sector. He also looks for quantitative factors. For example, he looks for EPS (earnings per share) growth. Our preference is for this growth to be from a growing business model rather than merely cost cutting.

Craig also focuses on revenue growth. If you get right down to it, there are really only two ways for a company to experience revenue growth: through increased volume sales (selling more widgets at the same price), or through higher margin sales (selling less widgets at a higher price). While not a hard and fast rule, our preference is for the former over the latter. Cash flow generation must also be sustainable and growing.

Another factor that is part of our fundamental evaluation process is to look for margin expansion within the company in question. As Craig notes, falling margins may indicate the glory days are behind it if margins are shrinking.  A strong balance sheet is also essential to pass our screens. A company that we invest in must have enough cash on hand to meet liquidity – and not be overstretched due to leverage.

We are currently invested in CGI Group (GIB.A). The company has grown both organically and through acquisitions of the past couple to years. When we first became involved in the stock, the company was being blamed for the failure of new US healthcare system (“Obamacare”) to launch on time. Analysts were suggesting that the company would not only lose the healthcare contract from the US Federal government – but were in danger of missing out on future government contracts. The street was somewhat sour on CGI. The shares seemed to be trading at a price reflective of a worst case scenario, when in fact other areas of the company were gaining decent traction. Specifically-  the integration of Logica was progressing well . We felt the potential gains justified the risk and purchased the stock on a technical breakout.

We note with some humour that now, at least two major brokerage houses recently upgraded and added CGI to their “Buy” lists. It never ceases to amaze us to see the power of the “better late than never” big brokers after they add a stock to their approved or recommended research lists. The ensuing rise in price for CGI was staggering to watch as herds of Advisor-Zombies bought the stock as it hit their buy lists. ValueTrend bought the stock in 2014 at around $37 upon a positive breakout . This was when the Zombies almost uniformly disliked the stock  – almost 50% below the current price.

We remain long and expect a strengthening of revenue for the second half of 2015, strong bookings globally, and  continued margin expansion. You ‘ll note on the chart above that this stock is consolidating in a descending triangle.  Our prognosis is to continue holding the stock so long as technical support at around $50 (bottom of the triangle) holds. The stock is nicely above its 40 week (200 day) MA and has not taken out a prior low– the importance of which I discussed in last week’s blog. CGI is a prime example of a technical buy signal combined with a positive fundamental profile approved by Craig. It also illustrates our approach to monitoring a stock from both a technical support and trend point of view, with ongoing fundamental evaluations.

As a final thought – On average, Craig only passes about 10% of the stocks from our initial technical phase and trend identification list. In our way of doing things, one analytical discipline does not trump the other. A stock selection must pass both Keith’s technical screens, and Craig’s fundamental screens independently.