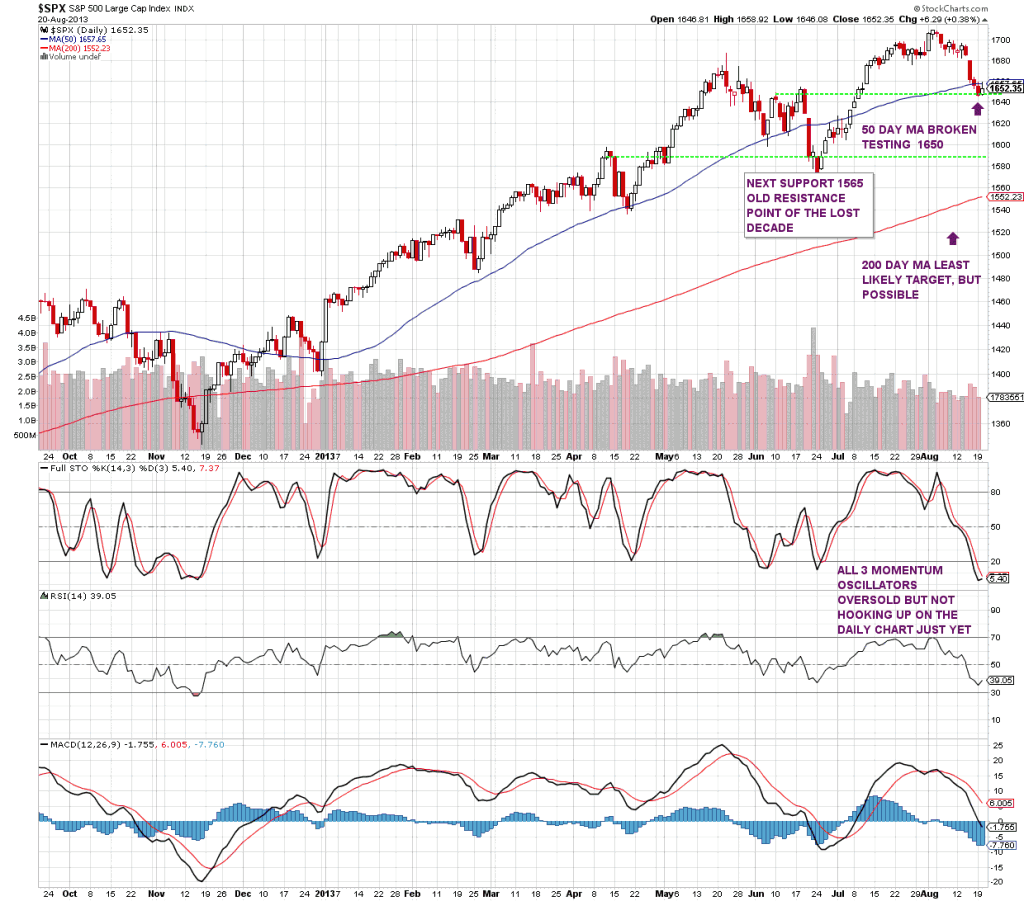 The S&P 500 has begun its traditional seasonal period of weakness. So far, we’ve witnessed a 3% drawdown from its early August highs. Technical people who watch moving averages usually view a penetration of the 50 day MA as bearish, and that happened last week. Markets usually remain weak or volatile until the end of September. Although the traditional “buy” period is the end of October according to the seasonal experts, ironically October is not, on average, a low point on the market. In fact, it’s been (on average) positive since 1950, according to Brooke Thackray’s Investors Guide. The problem is, October—when bad, is really bad! October 1987’s Black Monday and October 1997’s Asian Contagion, not to mention October 2002 and 2007 all come to mind. So it’s a geometric issue (a size of price movement problem) rather than an arithmetic issue (a frequency or average %movement). October is usually an OK time to be in the market, but when it’s not, it’s not!

So I’ll stick my neck out and bet that markets will remain volatile with a negative bias until near the end of September. But I won’t guess as to what October will bring. It really all depends on the outcome of the Sept 18th Fed meeting. All eyes will be on Ben Bernanke. Should he suggest a relatively modest QE tapering plan, the markets may take it as a positive. Look for a bullish October if that’s the case. Should he introduce a dramatic tapering plan—look out below. Today’s chart shows the potential downside targets over the coming 4+ weeks. My notations are on the chart – click it to enlarge.

I’ll be on MarketCall Tonight this Friday August 23rd at 6pm. Feel free to phone in with your questions on technical analysis during the show. CALL TOLL-FREE 1-855-326-6266. Or email your questions ahead of time (specify they are for me) to [email protected]

In July, we conducted a client satisfaction survey of ValueTrend clients. Click here to view the survey results: https://www.valuetrend.ca/?page_id=774