After nearly 33 years in this business, I think I have seen my share of investment speculation mentality. Today I’d like to take a brief look at some past irrationally exuberant markets that ended up combusting. We’ll look at the recovery time after the flame went out. Then we can ask what might happen to the US markets following the irrational exuberance that lead us into the peak at the end of 2021.

In the late 1980’s, it was the Japanese market fad. Mutual funds were popular back then, and the Japanese funds were skyrocketing as Japanese real estate and stocks soared. I was only two years on the job when I witnessed the implosion in 1992 – and the beginning of called the “lost decade” for that market. Truthfully, its not recovered to its 1991 highs. So its been a lost 31 years (1991 to present). Let us hope that the NASDAQ and/ or SPX does not end up like the Nikkei. 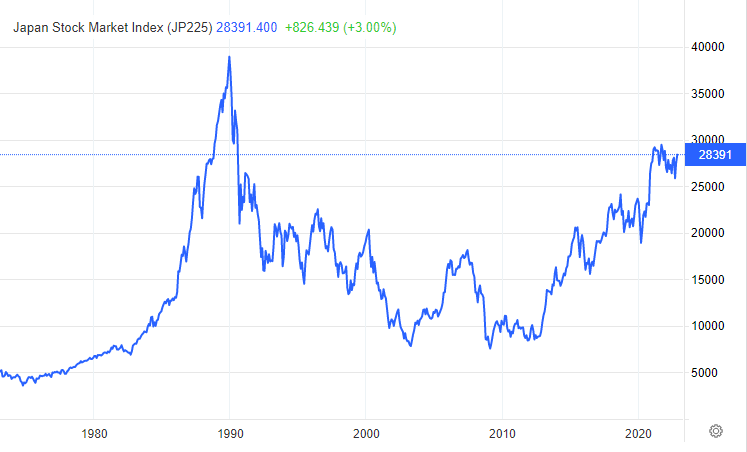 Here’s a chart of the S&P 500 noting the time it took for recovery after major peaks/ major crashes. 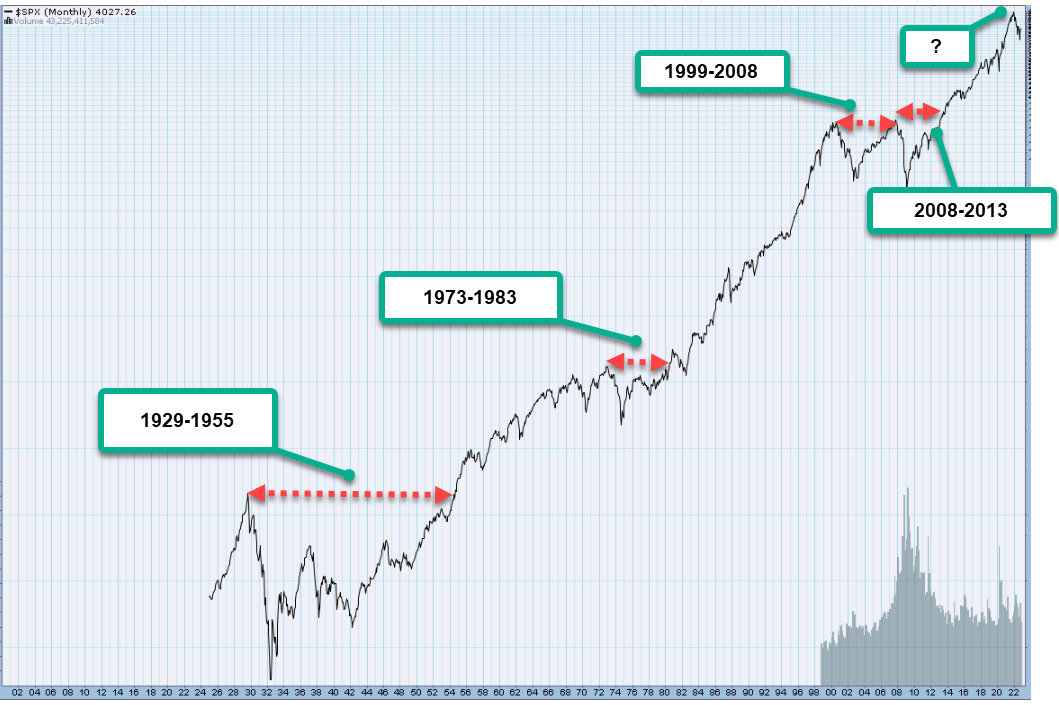 From left to right, peak to recover times:

Note that the time to recovery seems to be shrinking. That’s encouraging

The selloff to date, as seen on the chart above, has been miniscule compared to past bears. If we revisit my chart posted in the last blog, the “Big red arrow” trendline I posted then suggests that a trend regression would bring us back to 2500-ish. Here’s a variation of the chart in the last blog. Its a trend channel, where you try to contain as many of the peaks and troughs as possible on average, while allowing for some outliers that exceed or fail to reach the far ends of each trendline.

Each of those parabolic moves that drove the market through its upper channel. This led us into a bigger than average crash/correction. The 1999 peak saw a bear market selloff, and then a strong recovery. This, followed by an even lower low….Check the chart below out. Note the 1938 and 1999 upper channel breakouts to give yourself a scare. Who needs caffeine when you have market fears to keep you awake? 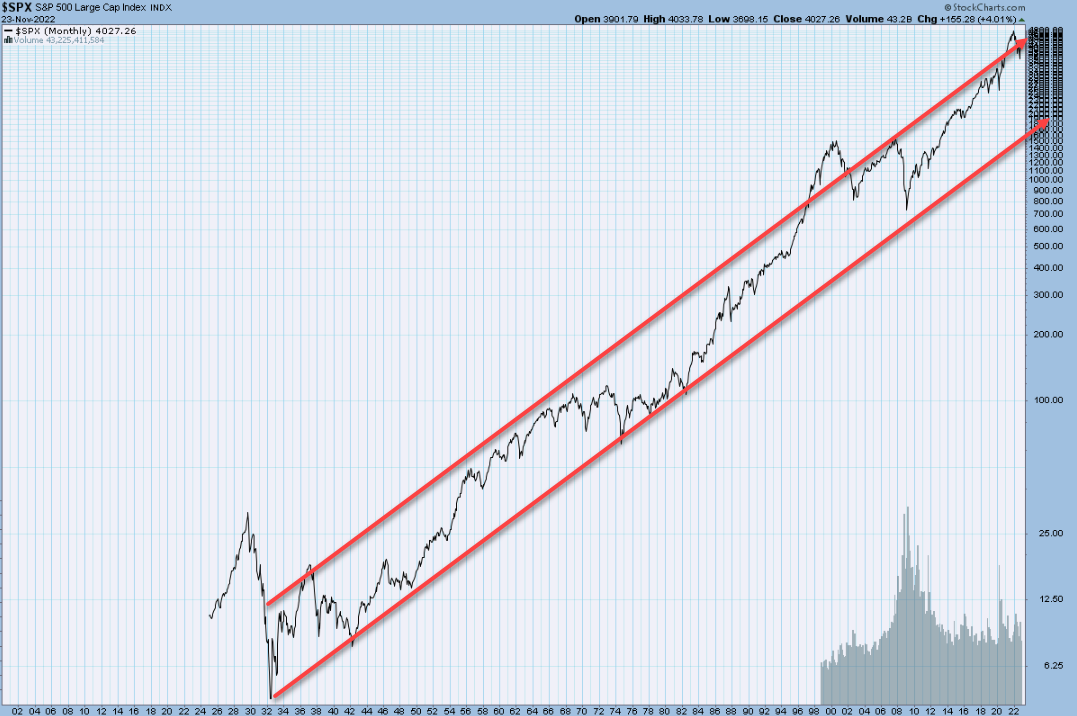 If the current bear turns back down again, as I have noted may happen (not a prediction, but a distinct probability IF the SPX fails at 4300) – history suggests we’d perhaps see a move to as low as 2500. From there, it may take a year, or years, to recover – given the recovery pattern after long crashes noted near the top of this blog.

So…no predictions here. For now, there is some upside potential into the year-end as noted in past blogs. But….

History offers clues to suggest that the market could get ugly next year. I’m certainly preparing for anything by having a plan. And don’t forget, there are areas you can still make money: I expect that long bonds and materials will move after the FED/ BOC finally admit that they need to settle for a less ideal inflation target … and flatten rates to fight recession.

We don’t KNOW what will happen. So… Don’t predict. Do prepare.