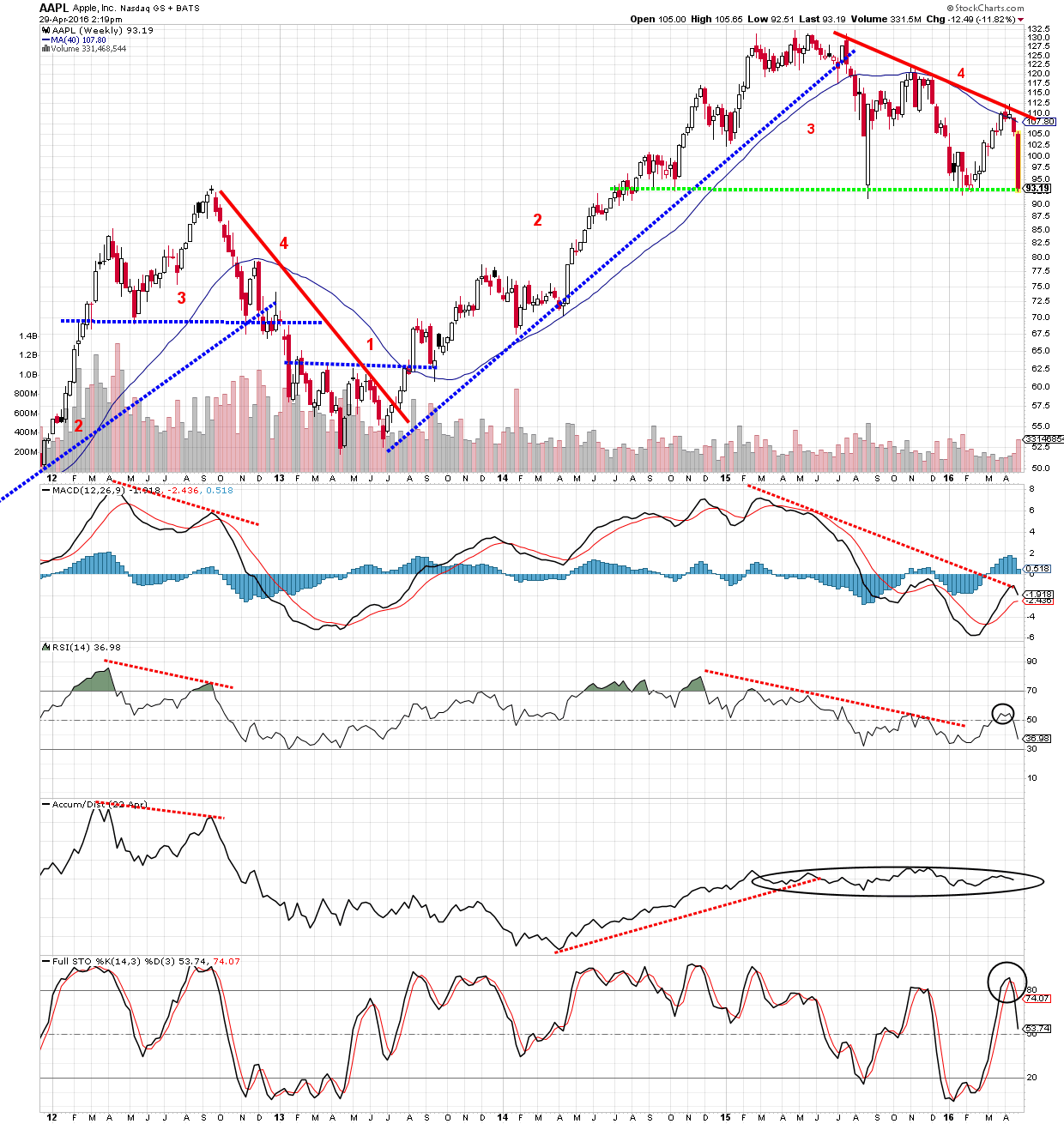 Should investors consider a position in AAPL now that it’s been kicked in the teeth? Let’s take a look at the chart and see where it stands technically. Here are my observations:

My thoughts: If $93/sh.  holds over the next week, this may be a trading opportunity. Not an investment – a trade—and that comes with a difference in mentality and risk tolerance, should you choose to play such a trade.

The stock will need to take out its last high of $110 to be considered safely out of its down trend. However, a bounce off of $93 support could carry it anywhere near that area. You wouldn’t want to buy until $93 is proven that it won’t be broken, and that’s going to take at least a week or two to prove valid. I’d rather buy this stock at $95 or $96 to trade a more likely swing upwards.

Some like to play with fire. For those folks, there's always day trading, or buying into a momentum play. There's also investing in themes. Back in the late 1990's the big investment theme was "dot END_OF_DOCUMENT_TOKEN_TO_BE_REPLACED

Below is a chart of the Bear-o-meter signals since 2019. Back in the earlier years readings were taken roughly quarterly. As such, the signals noted were far apart.  I found the END_OF_DOCUMENT_TOKEN_TO_BE_REPLACED

This summer I was harping on - what was to me - an inevitable shift out of the "stay at home/ technology/ FAANG" names into value. As readers know, I was emphasizing value stocks and re-inflation END_OF_DOCUMENT_TOKEN_TO_BE_REPLACED