Home / Here’s where money is going

Here’s where money is going

I’ve made no secret of it – we at ValueTrend hold a very strong belief that the market simply CANNOT continue to push high growth stocks up in a straight line. Something has to give sooner or later.

Money may rotate out of some of these high flyers into value stocks, and/or overlooked sectors. There are opportunities appearing right now in overlooked sectors and stocks. Today, I’d like to look at a few sectors that we have bought, or are looking at potentially buying under our technical “BUY” rules. Thoughts below:

I covered the big US banks and the regionals on a blog in late December. Click here to view the charts, which illustrate magnificent breakouts. The US banking sector treaded water for most of 2017. Now is the early part of the trade.

WTI crude oil blew through $62 resistance recently. This is the level that oil has been contained below since early 2015. I’ve been talking about oil sector via this blog and on BNN since November as a trade. My blog in November suggested buying if oil held $55, which it did. We entered the trade shortly after that blog was written with an 8% portfolio position (3 energy stocks). We may bump it up to 10% with a direct oil play via a crude oil ETF such as the United States Oil fund (USO-N).  I’d look to the mid-$70’s then $90 as possible targets for WTI crude – per my indications on the chart below.

Gold has been stuck under a very dominant lid since 2013. It has not broken $1400/ounce. The bigger challenge for gold has been in the $1360-$1380 area. I wouldn’t buy gold until it broke $1400, unless you are viewing it as a very near termed trade. But there is a chance it could break later in the year. Materials tend to do well in the face of rising interest rates. Bullion and gold producers will be of interest should gold break the 5 year holding pattern its been stuck in. 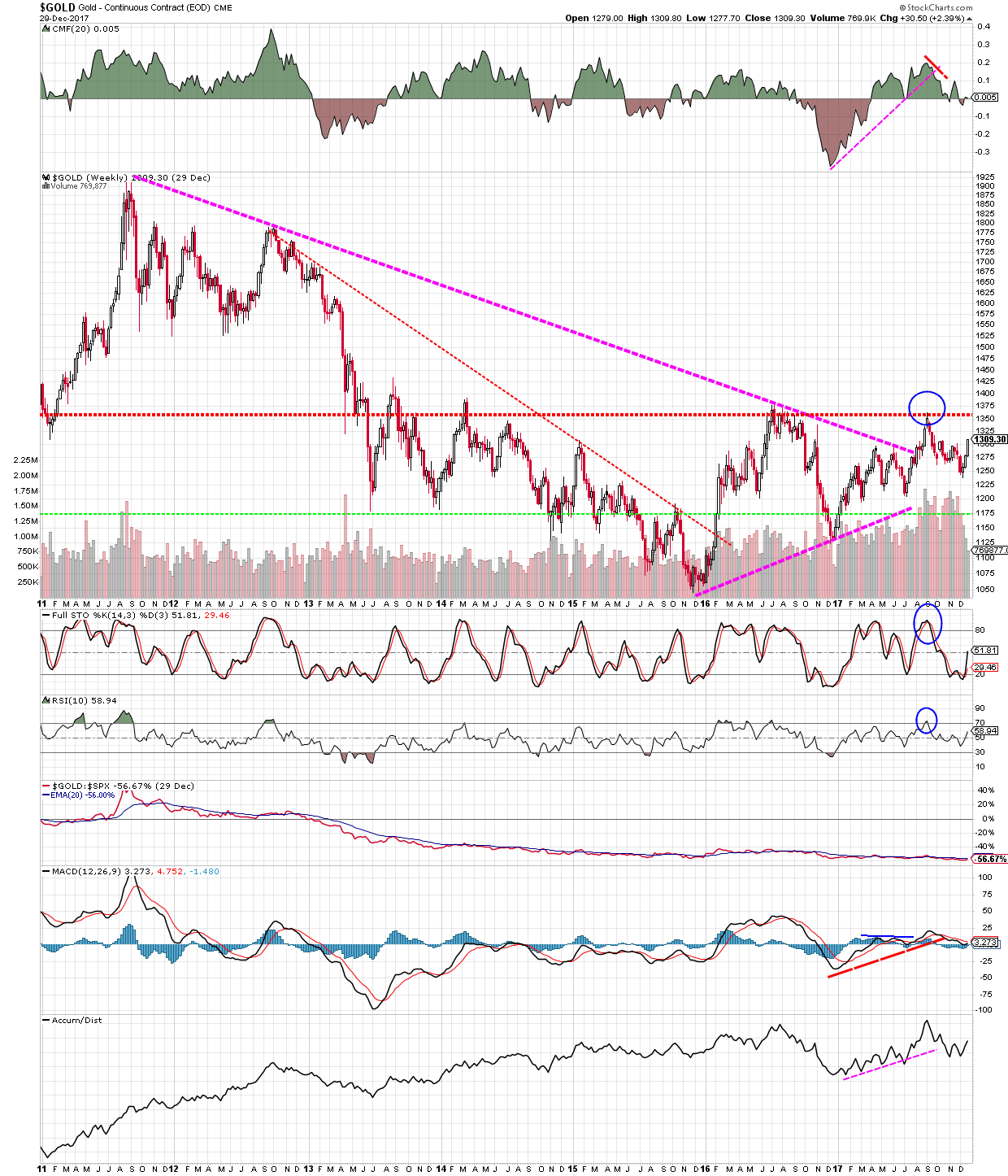 Consumer staples have been trading sideways for most of 2017. The SPDR ETF (XLP) needs to break through about $57.50 to confirm that its otherwise healthy looking long termed trend is intact. Look for that development as a sign of possible rotation as value stocks return to the limelight.