Time Magazine made President-elect Donald Trump as Person of the Year. In their interview with Trump, he claimed “I’m going to bring down drug prices”. Surrounding that statement, among others, there is a level of uncertainty about the  future of the Obamacare / Affordable Care Act.

Despite the fears surrounding Trump’s pharmaceutical and health care sector polices, there are some balances. For one, it is thought that a Republican-controlled Congress would not support government regulation on drug prices. Some feel that Trump is posturing in order to create a better negotiating environment on drug pricing and regulation.

A report by Yardeni research puts healthcare at the low end of its historic forward PE range (14.2) and below that of the S&P500. So value seekers might be interested in this sector. But what about the charts?

As you will note on the weekly chart below, we have a pretty defined rectangle in the sector that has been in place since mid-2015. The index ETF (XLV) shown is bouncing off of $65 for the 4th time since mid-2015. It should be noted that the healthcare sector is strongest to the end of December, although it can also have a pop into the last part of January before it slows.

On the near-termed chart below, you will see that the pattern has been that of a triangle. This pattern suggests a short termed consolidation is taking place. Typically, a breakout from a triangle to the upside is bullish. It would suggest that the $75 top in the bigger picture rectangular trading range is likely to be achieved, should we see a breakout. You’ll note that moneyflow (top, bottom panes) is getting stronger, and we’ve had a few encouraging momentum crossovers. We are long the BMO Healthcare ETF (ZUH-T) as a trade for a 1-2 month period. This will not be a long termed position for us, especially if the sector reaches the ceiling as noted on the weekly chart. 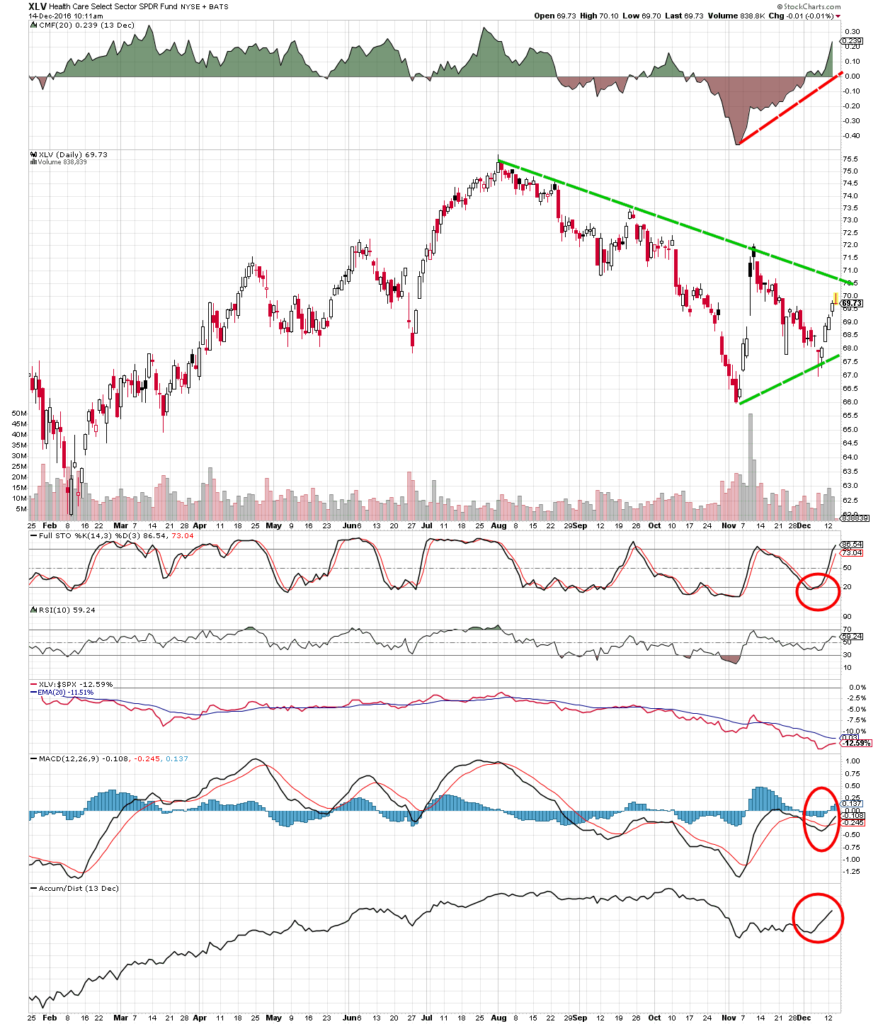