I’ve seen a few people write about the recent breakout on Healthcare stocks. Such a sign is encouraging, and it happened in light of some cooperation within the White House over reforms to Obamacare.

Technically, I would suggest that cautious traders give it a few days to see if the breakout is legit. Sometimes stocks or sectors spike on news, and then fade away after an initial period of excitement. The chart below shows us a weekly chart view of the iShares $ hedged healthcare ETF. As you will note—its barely breaking out. I use the feature on stockcharts where it eliminates the dividend on the chart – and as you can see, the price of the sector is pretty much in line with its 2015 resistance. So we need a bit more time to confirm that this isn’t just a test of old resistance. 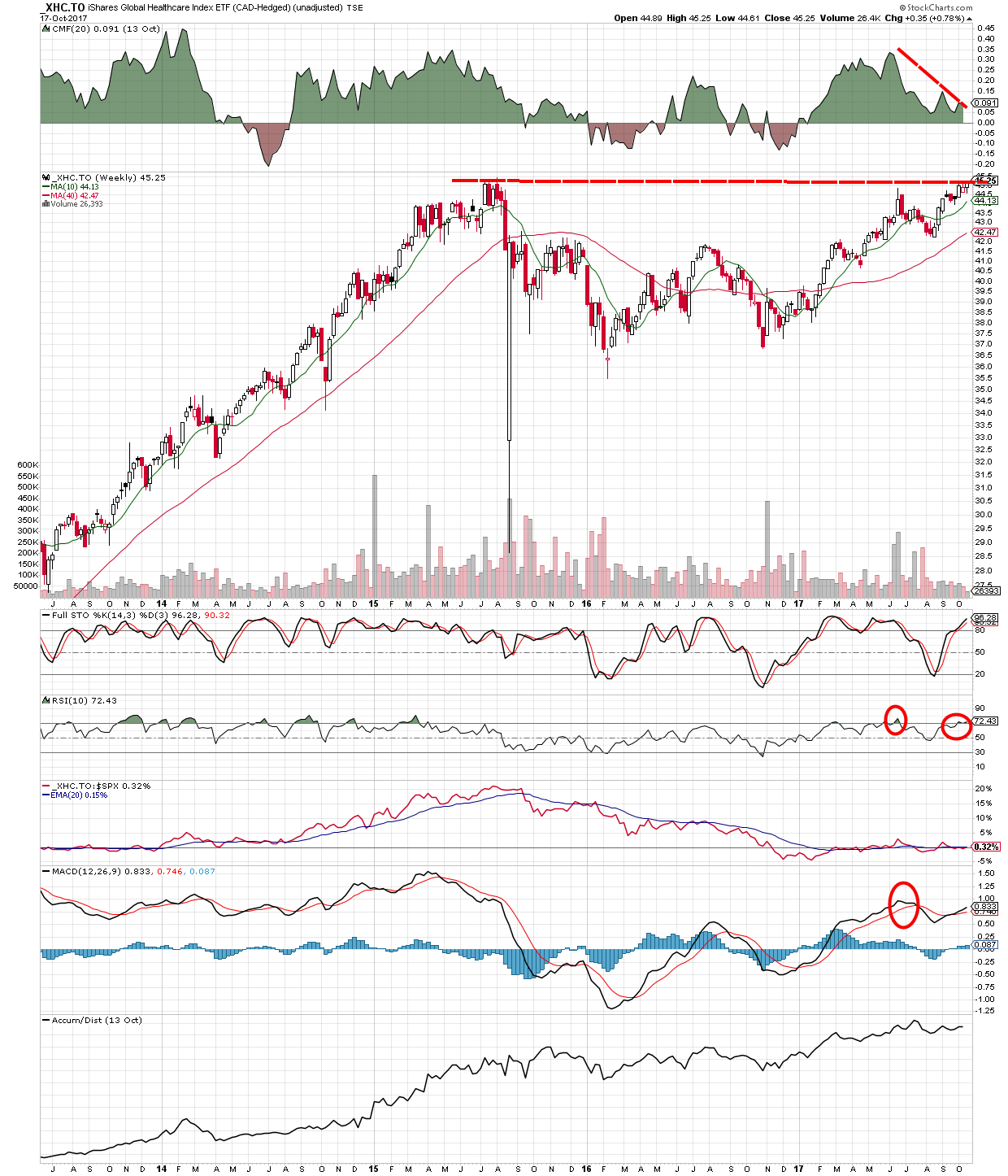 Seasonally, the sector can be strong until the end of the year – so there may be a good chance that the breakout will prove to be the real deal. Against the chart are momentum studies like RSI and stochastics. If they round over, the breakout may fail. We’re also seeing a decline in moneyflow momentum (top pane), although that can be specific to this ETF. So I’m less worried about it.

Here is the full clip for my MarketCall appearance on Monday.

We're into the home stretch, baby! Today's questions are being bundled together, given that they both focused on commodities. Before going to the charts, let me again thank all question-posters for END_OF_DOCUMENT_TOKEN_TO_BE_REPLACED

We're back with part 2 of the Ask Me Anything Answers from last weeks blog. Lets get right to it. Divergences Tesjinder asks if I have a preference for daily vs weekly charts when looking at END_OF_DOCUMENT_TOKEN_TO_BE_REPLACED

Wow! Once again, an overwhelming response to the Ask me Anything blog. Huge number of questions. A few of which I had to answer in the original blog post given that I wasn't able to answer the END_OF_DOCUMENT_TOKEN_TO_BE_REPLACED