Home / Growth stocks vs. value stocks. Which to own?

Growth stocks vs. value stocks. Which to own?

“Growth” stocks appear to be rather overbought when compared to their “Value” stock siblings. The chart below is that of the iShares Morningstar large capped growth index ETF (JKE). Its top holdings will not shock you. AMZN, MSFT, FB, GOOGL, V, NFLX. In other words, the same names that have driven the market of late. I’ve made my notations on the chart, but its worth highlighting that the index is struggling at its old highs just as the weekly momentum indicators are showing signs of rolling over.

On the positive side, its above its 200 day SMA and moneyflow (bottom pane) suggests lots of new cash entering the sector. So the situation may be due to correct, but not likely due for a massive change in longer termed trend. 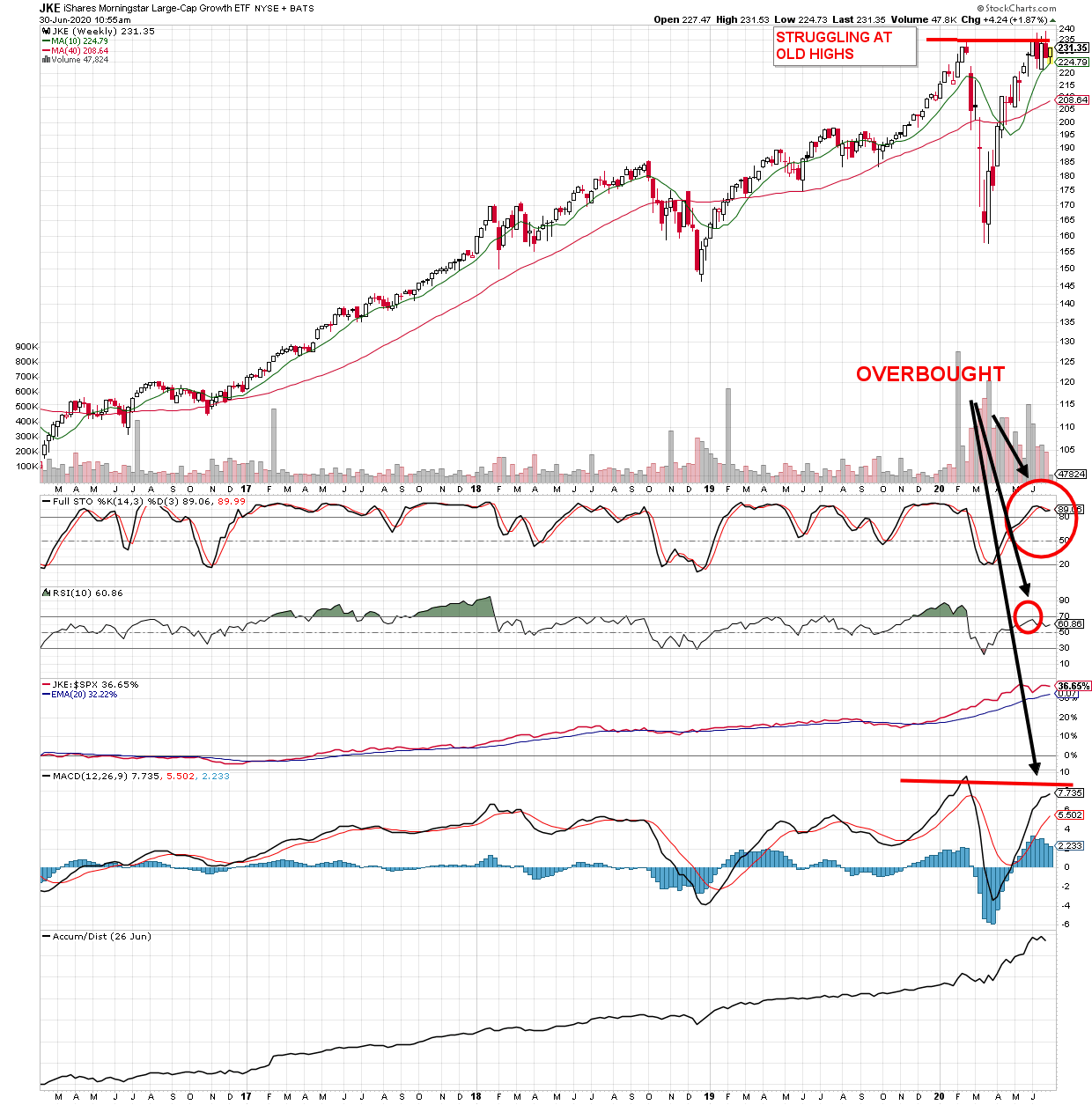 Compare the growth index to the value side of the equation. The iShares Morningstar value index ETF (JKF) is well below its old highs. It holds stocks like JNJ, PG, INTC, T, XOM, BAC and others. Its pretty diversified through various sectors. Momentum studies (circled) show a positive trend but are not at all overbought. MACD, the longer range oscillator, just did a bullish cross. That’s encouraging. Resistance at the 200 day SMA above $100 has kept the ETF contained so far. Support comes in at around $92, which is $2 below current prices. Moneyflow (bottom pane) shows us that money is entering these stocks, but not at the same pace as the growth sector. 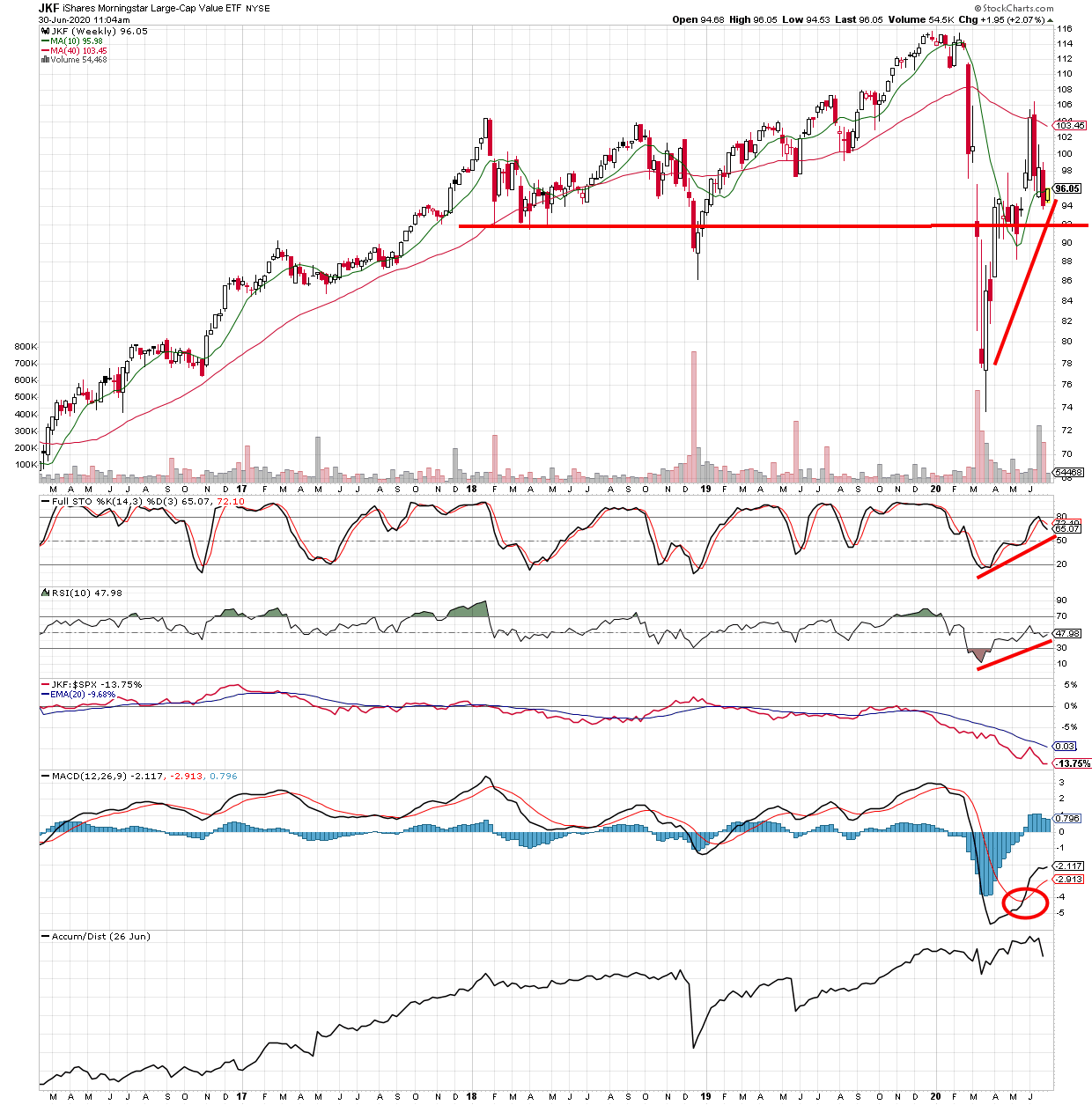 Money seems to be rotating back n’ forth more readily than in the past. Investors quickly dump a stock or sector to move into the next one. My two cents worth on the current market is for a period of out performance by value stocks if/as/when the overvalued and overbought growth stocks correct. Its really going to be a matter of watching the growth stock chart for weakness. Until that area corrects, we’re probably not going to see tons of upside on the value stocks. But, I do believe this is in the cards sooner rather than later. With this in mind, we’ve been focusing on value stocks of late. Many of these names pay dividends, so we can be patient. And it keeps us out of the risky overbought areas. At least that’s the way we see it.