Home / Greece: Building the base

Greece: Building the base

Sooner or later, Greece may become the great contrarian play we always talk about after the fact. True, the country is run with a socialistic idealism that even makes Canada’s current Marxist policies appear well balanced. For those who study history, they will know that model has never worked. This bodes negatively for any meaningful and sustained economic recovery for Greece. However, we can look to the charts to see if there may be an opportunity to play an oversold market – even if it’s just for a short termed pop.

I’ve posted a chart below of the GREK ETF which you can click on for an enhanced view. Note the rising price momentum studies. The index has performed in line with the S&P500 since last summer as indicated by the middle pane’s comparative strength indicator. Meanwhile, it’s clear that the downtrend, which saw the index peak in 2014, has ended. The GREK ETF is basing. A breakout through the ascending triangle that has formed this base would probably lead into at least a short termed rally on the index. For GREK, that breakout would be a move over about $8.15 or so, followed by a sustained price level over that price of 3 weeks. A bit of volume would help the ETF’s case too. The classic way to measure a triangle’s breakout price target is to measure the “fat” end of the triangle, and project its move forward. The low point of the triangle was around $4/share, and the lid of the triangle sits just over $8/share. Thus, if the market breaks out – we might see a return of that volatility and project an upside target of $12. That lines up with a level of consolidation you will see on the chart in the $10-$12 area. 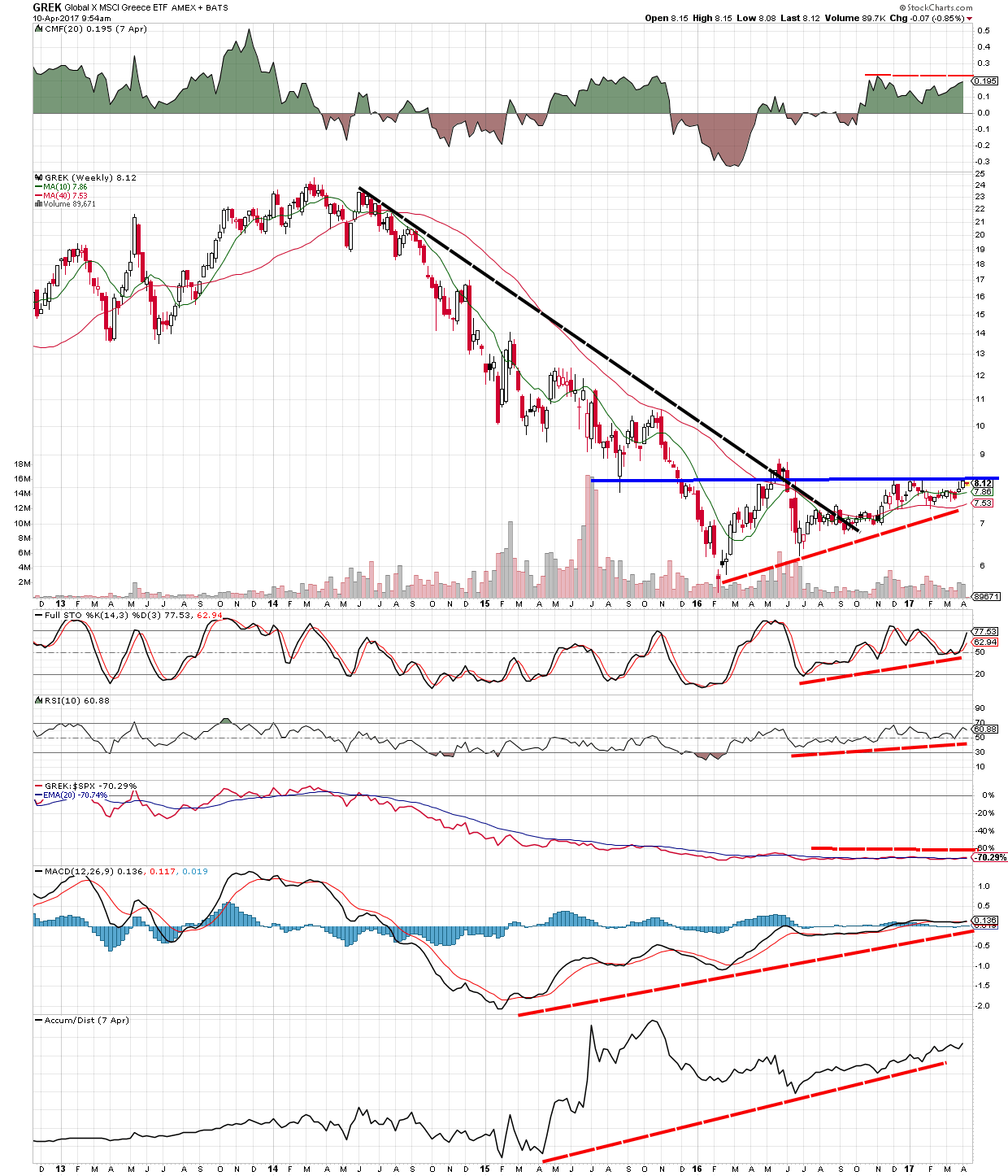 GREK looks to be setting up for something to happen soon. If the triangle doesn’t get broken in the near term, we might expect that it will fall from current levels and carry on in the triangle formation for a while yet.

So this is not a “buy” candidate yet – but it’s certainly worth keeping an eye on it for a potential opportunity.