Gold has breached my technical target of $1300 recently. It’s now coming into a significant area of resistance at $1400. The chart below shows us that its big picture looks positive – given the positive break in trendline and basing action after that break.

In the near-term, gold is overbought. Momentum indicators RSI and Stochastics are not hooking down yet, but they are over their respective “high” lines. Further, the seasonal period for a bit of weakness in the metal is approaching. Typically its best to buy gold in late July or early August—but as with all seasonal patterns, that’s a tendency, not an absolute. 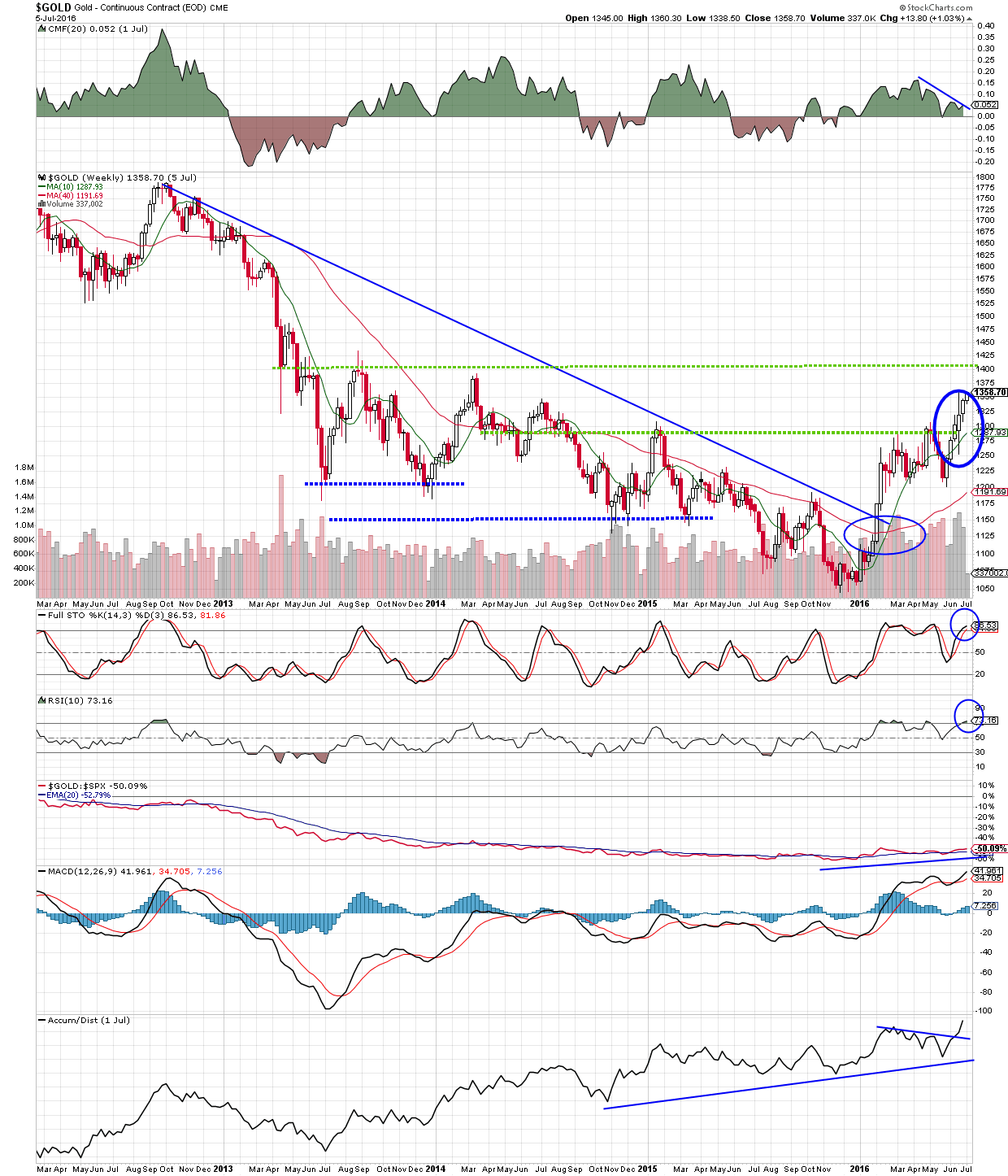 Adding to the overbought momentum indicators is the discrepancy between “Smart Money” (commercial hedgers/large position traders) and “Dumb Money” (small speculators /retail) on the metal. www.sentimentrader.com  chart (below) shows a condition of exuberance that has not been seen for 23 years. Data going back to 1993, including the 2011 highs on gold,  shows no comparative for the disproportionate rampant speculation by small investors. That’s a bit disconcerting. It kinda feels like the technology bubble for stocks. For those of us who were trading back then, you may recall that it went REALLY well for quite a while, and there was plenty of money to be made!  But then…. the music stopped. 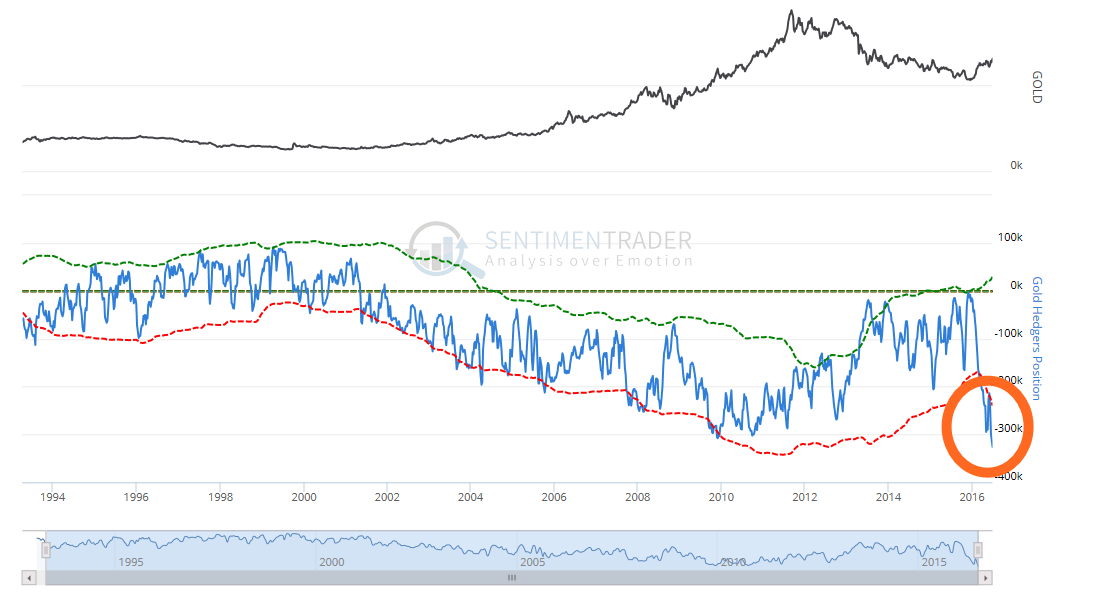 Thus, my long termed view on gold is that of playing the trend, and leaving the game before that music stops. That may be a while yet to happen, so we might as well take gains where possible.

I’m inclined to wait it out and see if gold pulls back- and buy closer to the end of this month. Given the resistance point at $1400 in combination with somewhat overbought conditions,  I would be surprised to see a non-stop run on the metal through $1400 just yet.