Hulbert Financial Digest recently showed a large negative change in investor sentiment towards gold. According to www.sentimentrader.com, newsletter writers (tracked by Hulbert) are now recommending a -31% net short position in the metal, the largest since 1997.  Sentimentrader notes that there were only two other weeks that exceeded a -30% recommended short position, 12/19/97 and 4/15/05.  Both led to 1-3 month rallies (at least) in gold.

After the metal fell back to $1700, I re-entered the trade with a small position. I am still long the trade, and underwater. As you will see on the long termed chart, it’s down since my second entry point, but once again (as observed on my first more successful trade) its finding support at $1550-ish.

Given the potentially bullish statistics based on sentimentrader.com’s observations, and the oversold conditions as noted on the daily chart (oversold momentum indicators that are now hooking up), gold may be in for a  short termed pop right now. Overhead resistance for gold lies around $1630 and $1680. Its below its 50 and 200 day MA’s—note the death cross (MA crossover) a while ago. That’s bearish for the intermediate term. 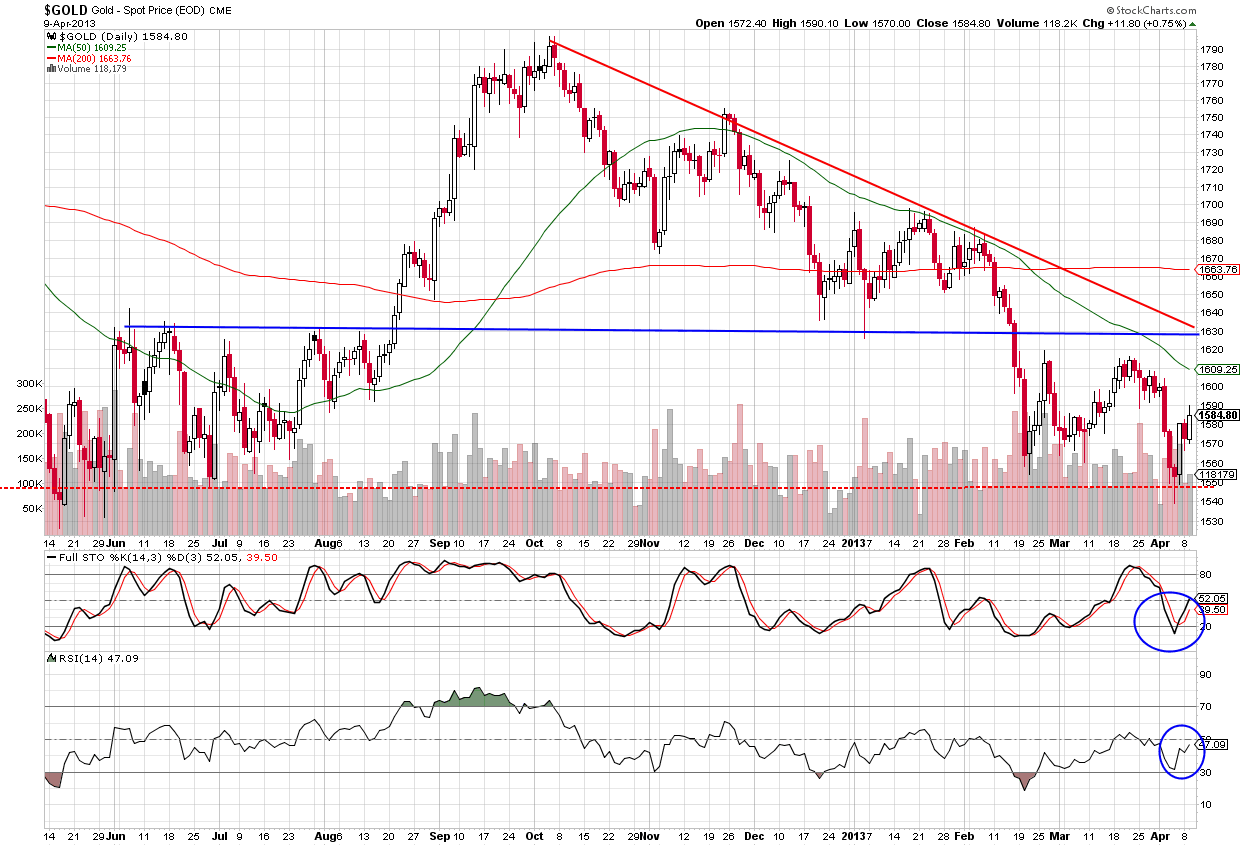 Silver has sold off even more aggressively than gold. It was in a down trend in 2011, but like gold displayed a tendency to find very strong support – in this case, at about $27. Silver is oversold with momentum studies hooking up, as with gold—even more so than gold, actually. But, like gold, the MA’s are intermediate-termed bearish. I’d view silver as a short termed trade with potential upside at about $30, $32, or – in an extreme rally, $35. That would put it over both of its MA’s—a less likely potential. But, never say never.

Seasonally, neither of these metals are ripe for their best returns until later in the summer. My thoughts are that any upside on these metals will be short lived. 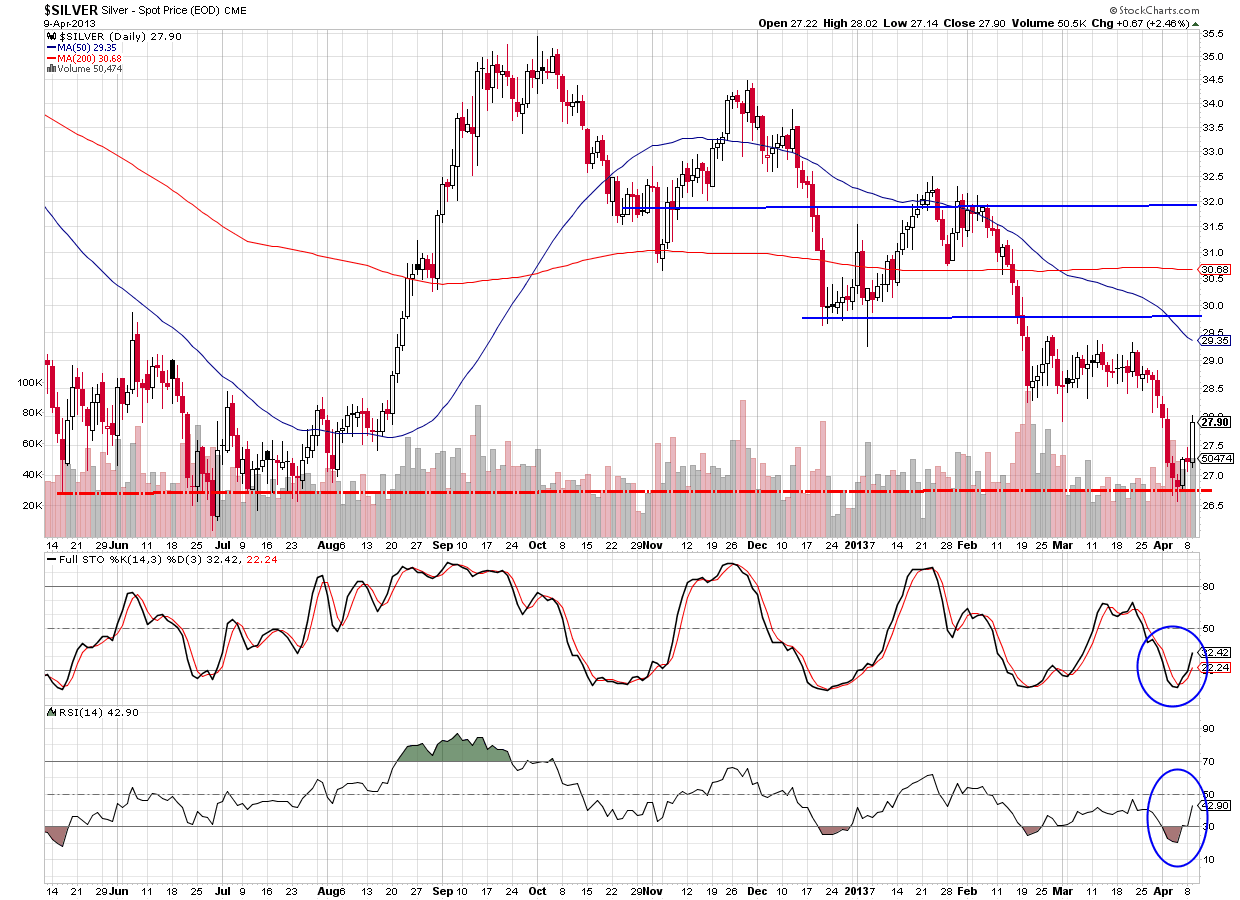