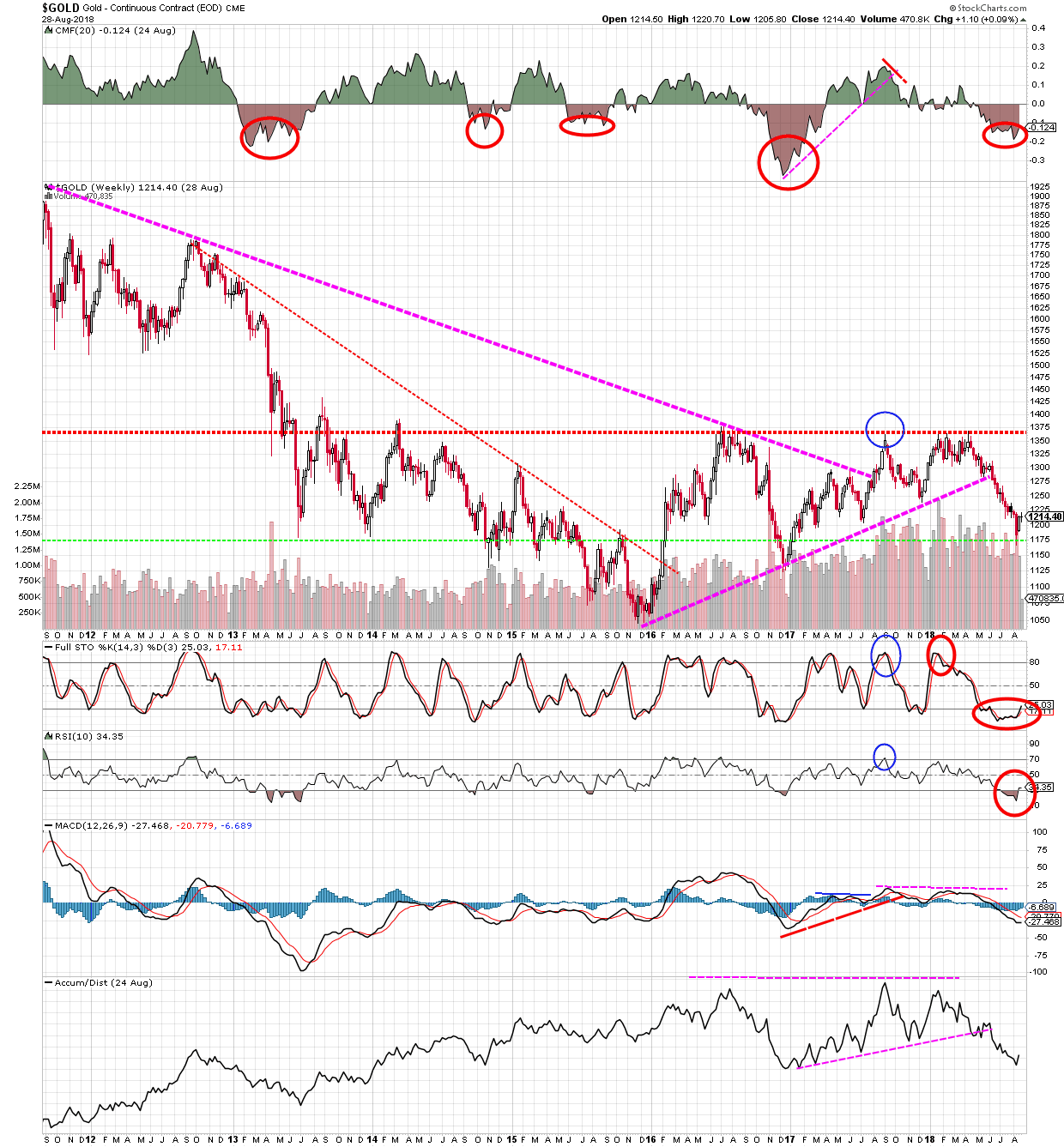 I have presented this gold chart (above) on my blog in the past. In my May 2018 blog, where you can see this same chart, gold had just broken $1300. In the blog I noted that sentiment was setting up for a short rebound – but I did not feel that we would see the metal go past its historic $1360 wall of resistance. It didn’t.

On my old chart, as on this chart, you will note the dashed horizontal green line sitting around $1175. That predictive line is still on today’s chart, and it does seem to have been the stopping point for gold’s decline from my prior prognostication of the $1360 ceiling.

On my updated chart, you will note that I have circled the oversold levels and subsequent hooks on stochastics and RSI. At the top of the chart you will also note oversold moneyflow momentum (Chalkin moneyflow). While cumulative moneyflow (very bottom pane) remains bearish for gold, the flow of funds is overdone on a temporary basis-as is momentum. These indicators present a possible setup for a short termed oversold bounce

Adding to the case for an oversold bounce on gold: The sentimentrader optix index, which I also noted on the prior blog, is right back into “over-pessimistic bounce” territory. You can see that the optix (below) has recently hooked up from its buy point – a sign that helped indicate a pending rally for gold in the past. I’ve drawn yellow arrow’s indicating past occurrences – where you will see at least some sort of neartermed upside. 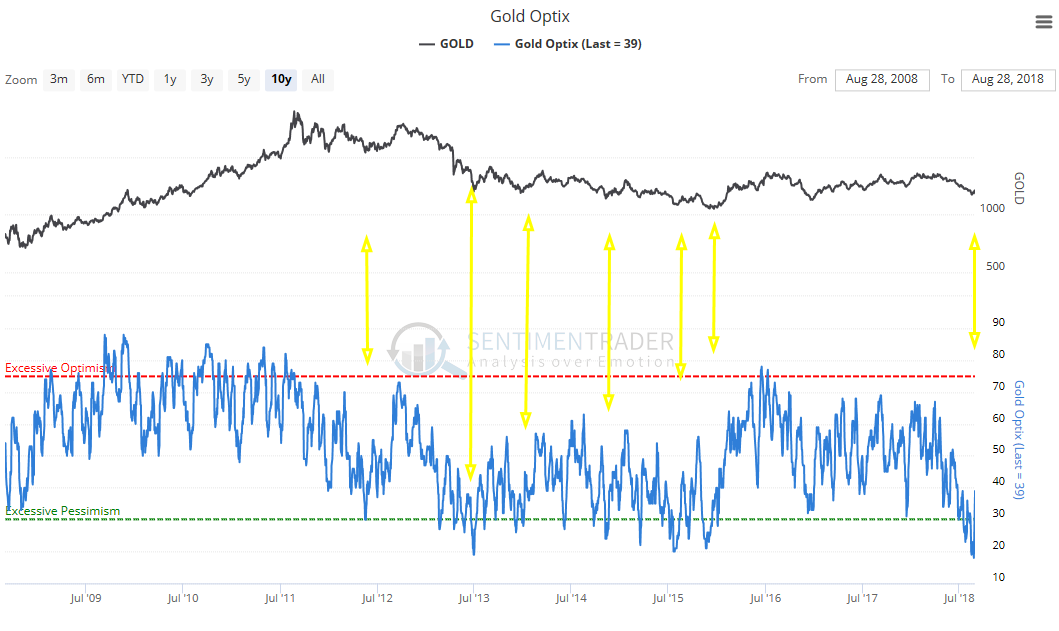 Gold typically has its best months from July through October. It hasn’t this time around – so far, anyway. But, there is still time in its seasonal pattern to live up to its tradition. I’m pretty convinced that we could see a rally on gold shortly What I am not sure of is the extent of such a rally. For that reason, it’s a trade that I’m going to pass on. Very neartermed traders who use tight stops might want to consider it as a high probability long trade.  That, with the understanding that there is enough interim resistance between here and $1360 to make a price prediction on a rally difficult.

It appears that two famous rock star names will be at the MoneyShow this year. Keith Richards (the Rock Star of Technical Analysis, as BNN once called him), and Gene Simmons – International Rock Star and founder of KISS. Note that Keith is speaking on Friday Sep. 14 at 4:15pm.