Gold looks to be staging a minor rally. Is it worth a trade? Perhaps.

Before analysing the prospects of trading gold – I thought I would re-visit a chart that I have posted before. Red line is the S&P 500, black line is gold.  It’s a correlation study on gold vs. the S&P 500 going back to 1990. Let’s call the period since 1990 “modern markets”. You see, some people think that gold is a hedge against a falling market. Were that the case, you would see a strong negative correlation (line on the bottom pane of the chart below would be near the bottom of the pane) whenever markets fell.. Clearly that has not been the case. Yes, there was a good negative correlation in the 2000-2002 market crash, but that correlation did not re-occur during the 2008 crash. Thus, I would not call gold a reliable hedge against aggressively falling markets—at least for the past 30 years. 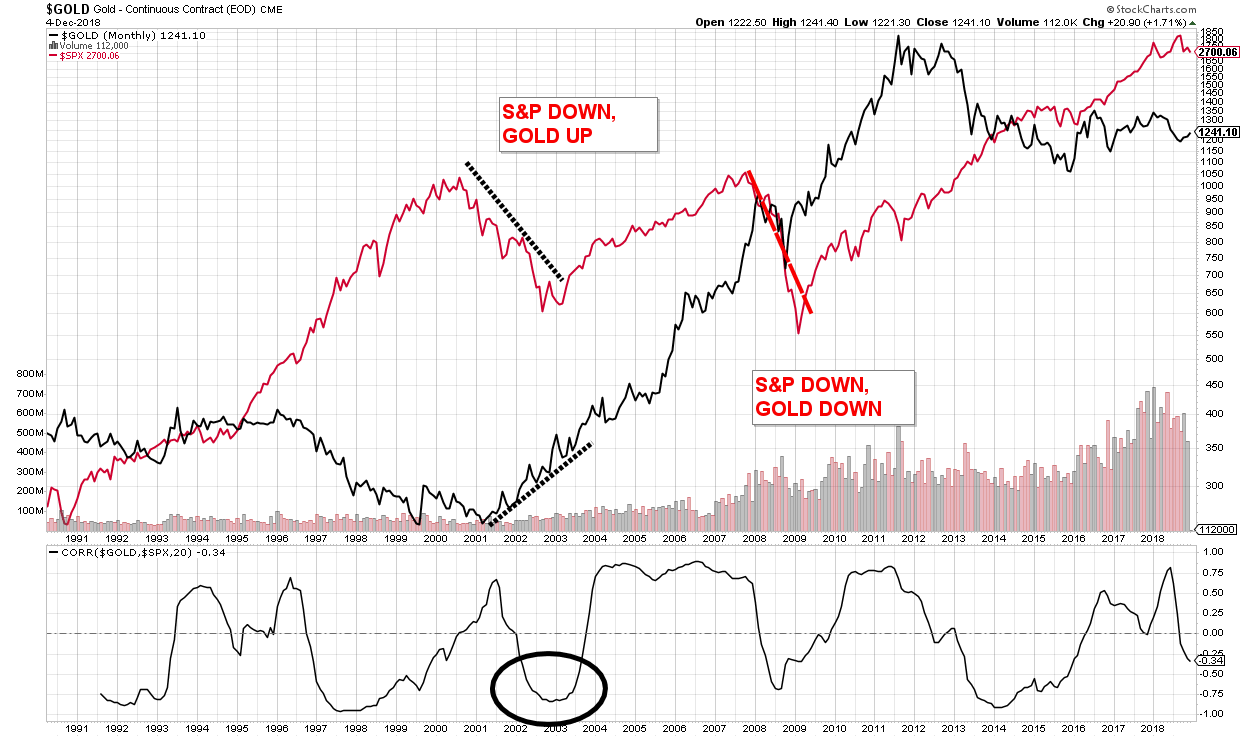 Now that we can put that myth aside, let’s get on with the show. Is gold a good trade at this moment, given its recent rally? Let’s look at a weekly chart going back to 2012 to try and answer that question. 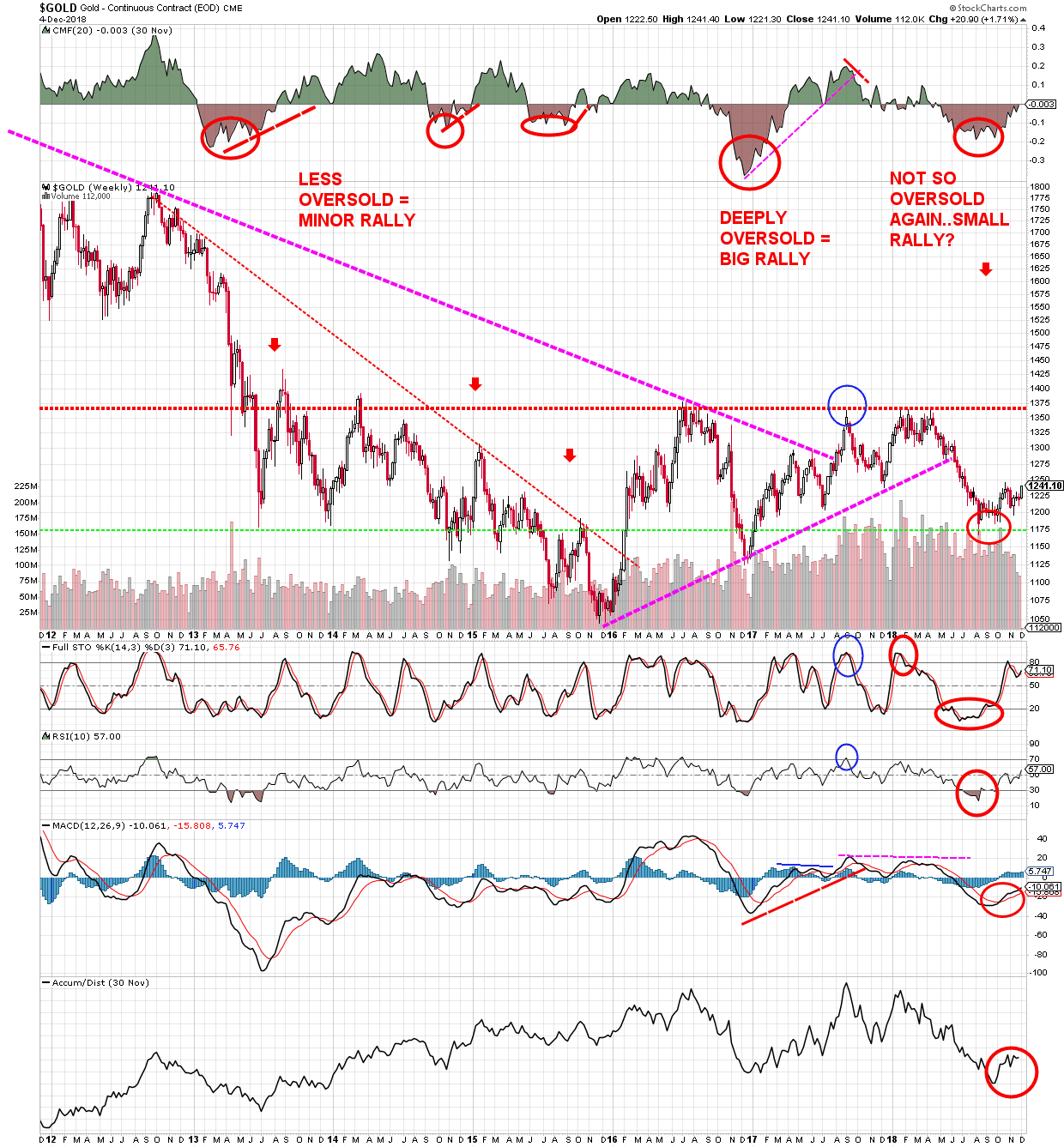 The top and bottom panes of the gold chart are moneyflow indicators. The bottom pane is cumulative moneyflow – and it’s starting to show a wee bit of life. That could be good. The top pane is moneyflow momentum. It was oversold and is moving up. That can be good, too. The negative here is that moneyflow was not so deeply oversold, as it was in early 2017. That’s when we got a much bigger move, rather than a small rally.

Next, we should take a look at the chart itself. As you will see on the far right side of the chart, there was a bit of a double bottom recently, Gold has rallied into a neckline resistance point at around 1240-ish. It needs to break this level with conviction. If that happens, you will note the target of 1360 (horizontal red dashed line). But that really hasn’t happened yet.

Stochastics (the super fast/whippy momentum indicator) is just approaching overbought levels, indicating it might take a breather sooner or later. But RSI and MACD (mid and longer termed indicators) are positive. Soooo….there is a chance we’ll see said breakout of 1240 (it is actually 1243 as I write on Tuesday after-hours). My official definition of the breakout would be 3+ days holding over 1240. So, another 2-3 days might suggest a fair bet on the upside.

All in, I’d say there is a decent chance for a trade on gold. It might not make it to 1360. But, it might just give a good run at it. For aggressive traders, it might be worth a shot if we get a bit more follow-through in the coming days.