The breakout by gold through its multi-year downtrend has been on everyone’s mind lately. No arguing about it—that’s a technical bullish breakout if I ever saw one. But the parabolic move as a risk-off strategy by horrified stock market participants became overdone. Time for a pullback. Below is a weekly chart showing where the longer termed downtrend from the 2011 peak intersects with a horizontal point of resistance. BTW—that 2011 peak & on downtrend is a weak one—you need 3 defined touches to verify a downtrend, and its barely reading that qualification. However, the top horizontal line I’ve drawn on the chart is showing plenty of tests—it’s a reasonable bet that it will hold some selling pressure at that level. The two intersect at 1350-ish. And there is no denying the validity of the downtrend that began in 2012  I am looking at 1350 as a reasonable price objective.

The daily chart shows us just how goofy-overbought gold got of late—check the various momentum studies at the bottom of the chart. But the positives of the downtrend breaks, the neartermed horizontal resistance points (daily chart) break and the move above its key MA’s suggest that the picture is still good for gold. Its outperforming stocks, its got positive moneyflow. I still like gold – but I wont buy it until the oversold momentum studies pull back some more. Hard to pinpoint a level at this time—but I’ll post as/if/when I see an entry point that intrigues me. 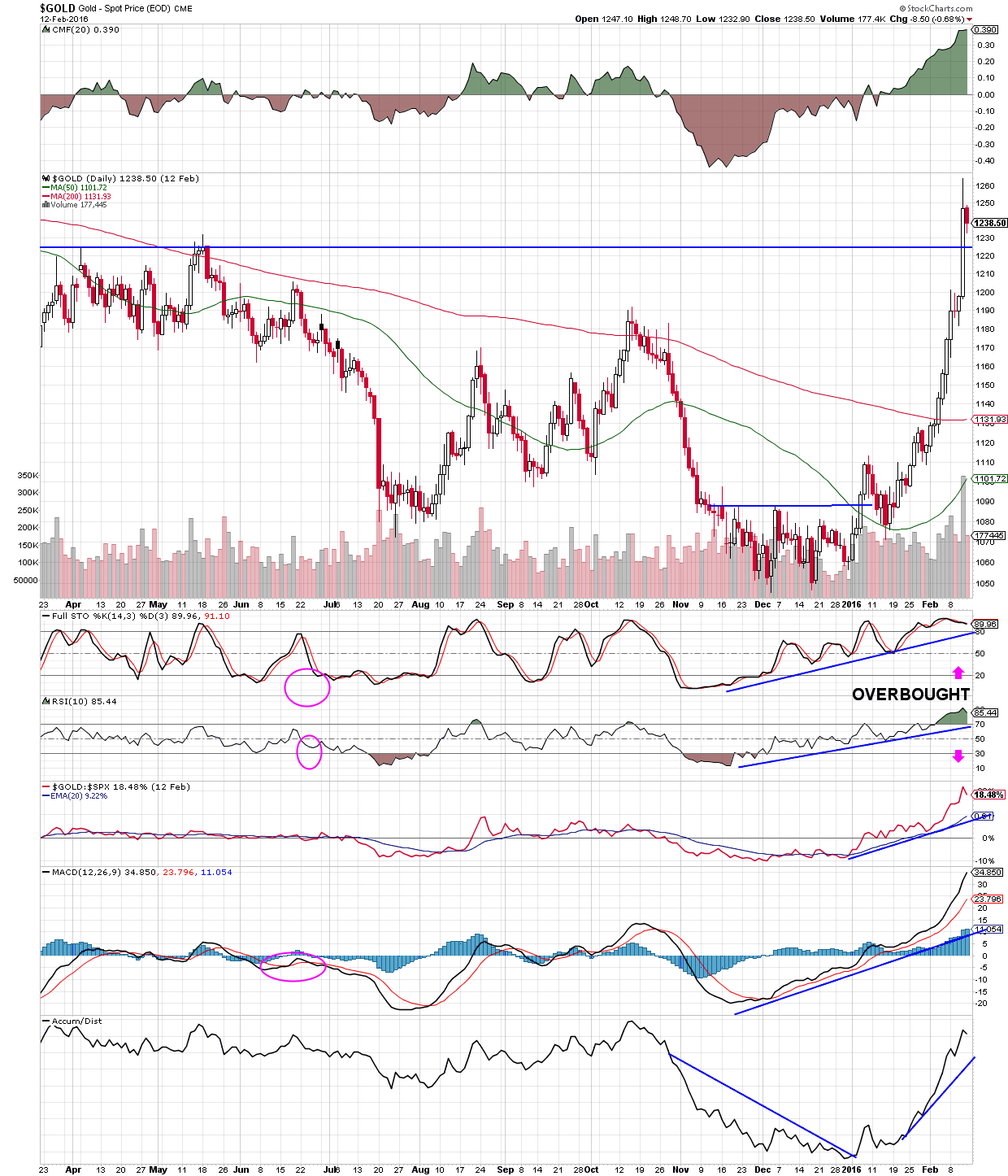 BTW—I am in Florida hammering and hurting myself with some fast bike racers—so I will be a little lax in my blog upkeep over the next 2 weeks. I’ll still post, but it may be a little more erratic than usual.

The Bear-o-meter read a cautious "2" last month. That reading on June 9th  turned out to be a decent reading, given the volatility we have seen since then. The arrow on the SPX chart below shows the END_OF_DOCUMENT_TOKEN_TO_BE_REPLACED

"Growth" stocks appear to be rather overbought when compared to their "Value" stock siblings. The chart below is that of the iShares Morningstar large capped growth index ETF (JKE). Its top holdings END_OF_DOCUMENT_TOKEN_TO_BE_REPLACED

Equal weight indexes give the same weight to each stock in the index.  Both small and large companies are given an equal  "importance" in the index. Most indexes are not the equal weight type. For END_OF_DOCUMENT_TOKEN_TO_BE_REPLACED