The dominant trend for the loonie has been indisputably down since 2011. Follow the big red line on the chart below. Any questions?

This downtrend, BTW,  coincides with the 2011 commodity peak and steady decline. As most of you are probably aware – the loonie has a very positive correlation in price movement to oil in particular, and other major commodities that we export.

The Canadian dollar has broken out of the neartermed price channel noted on this blog in the past. This breakout provides a temporary bullish target for the loonie back to its old major point of support – which now represents its major point of resistance. That support, originally established in the 2008/2009 oil crash, was tested successfully one last time in early 2015.

My target for the loonie is for a revisit of the $0.78 – $0.79 area. I would give a very thin chance of it reaching the dominant downtrend line at $0.80. I would be willing to bet that we will not see a test of $0.84 resistance as noted on the horizontal dashed green line on the chart. If you held a gun to my head and made me guess – I would suggest that after a brief test in the $0.79 area we will see a return to the dominant downtrend. It is my strong opinion that the current upside is a counter-trend rally—and not a new beginning for the loonie.

Again, with the gun to my head, I would guess that the loonie will hit that peak price by early fall. Note on the seasonal chart below (equityclock.com) that most of the strength for the loonie is in the spring, with a brief last hurrah possible into the September – November time period. 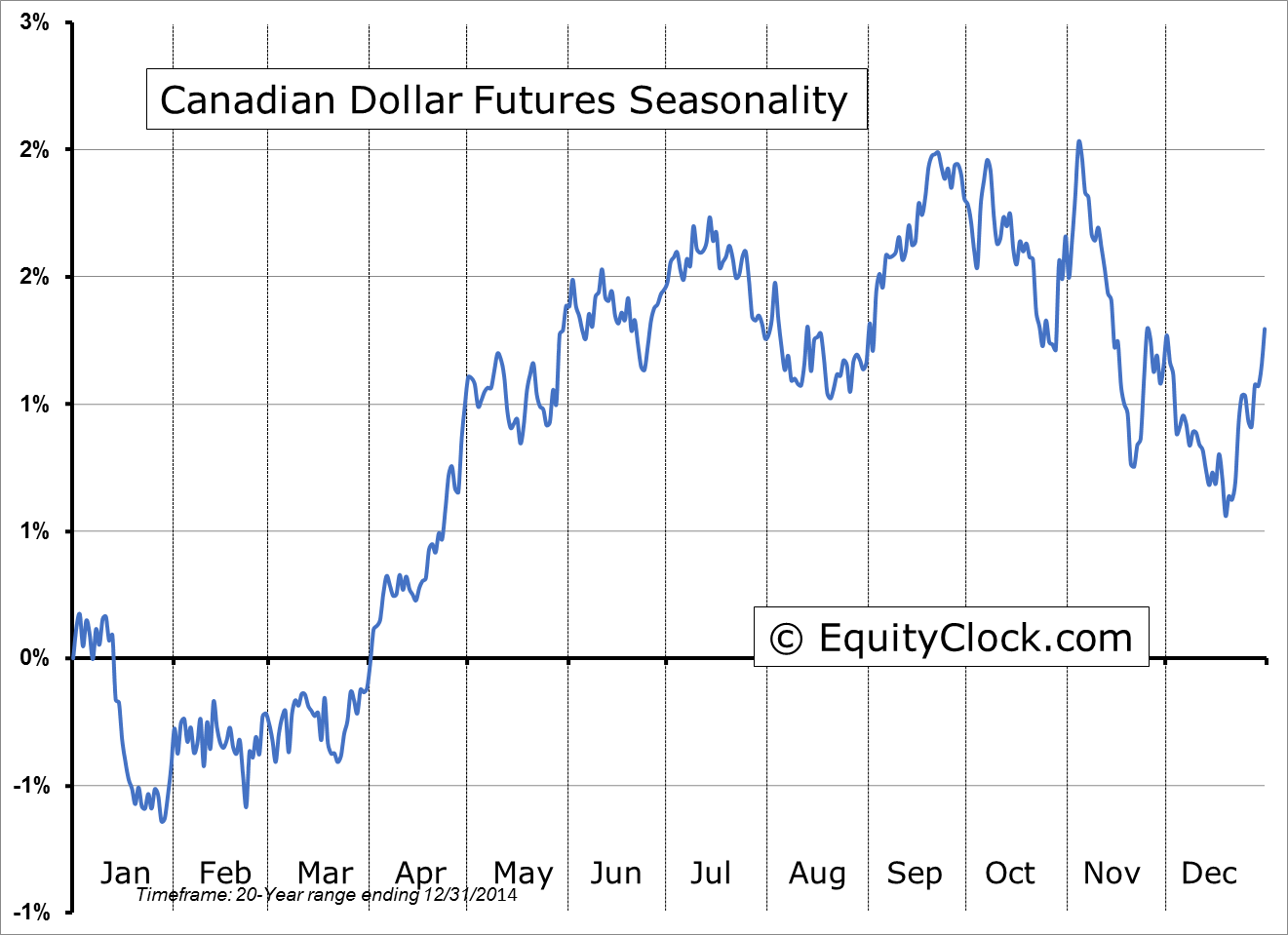 I’m putting my money where my mouth is. I expect to convert some personal capital to USD for a property I’m building in Florida as/if/when we see around $0.79. It’s my belief that the potential for a move beyond that level is low – and the potential for a breakdown from $0.79 will be significant.