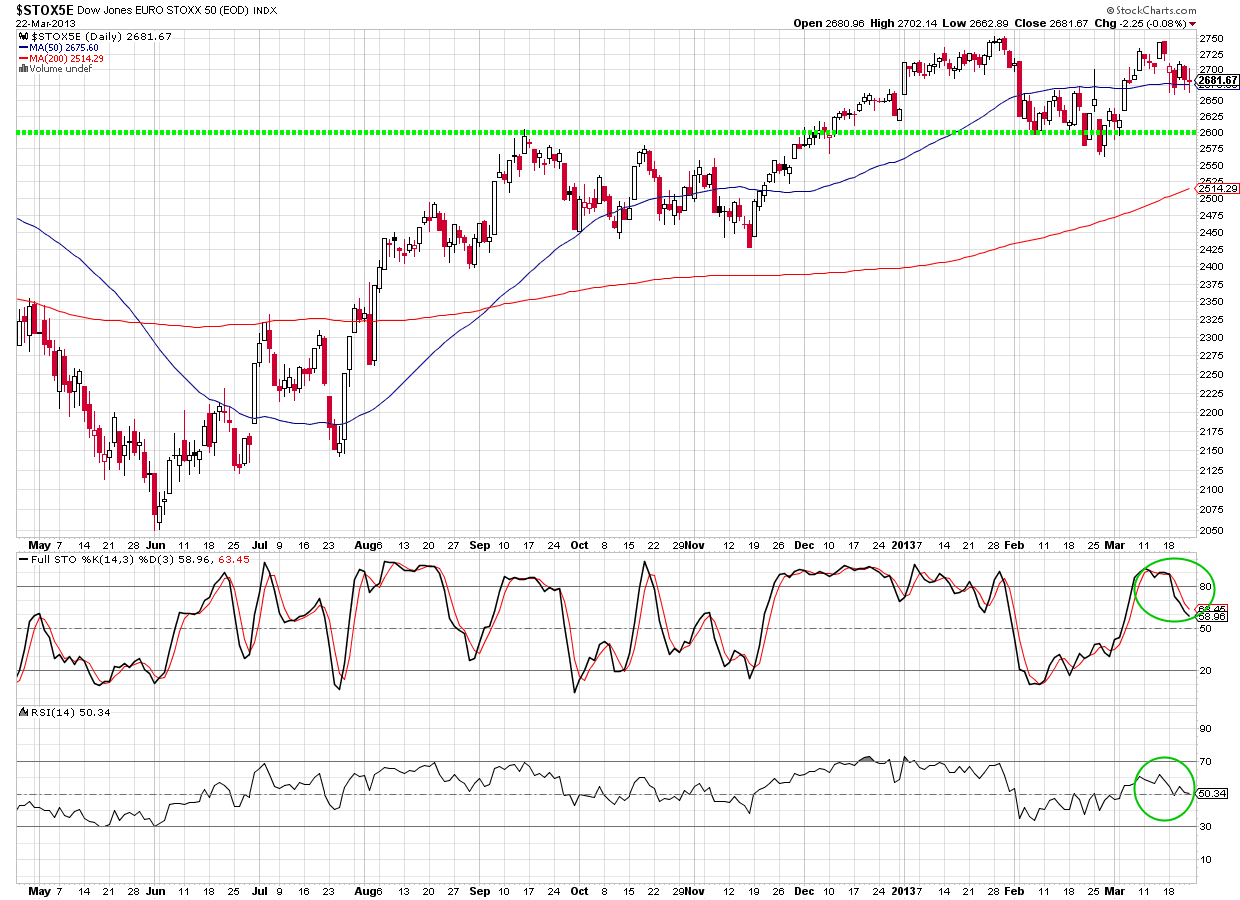 With Cyprus frount & center in the news, I’d like to take a look at the SOXX50 for this weeks macro view.Back in December, I took a look at this index and suggested that its breakout could signal a move to 3000 from the 2600 point at the time of writing. Here’s the blog: https://www.valuetrend.ca/?p=1664

The SOXX managed to reach 2750 after my blog, only to be pushed back to 2680 after the Cyprus news hit the markets. The SOXX is finding support at the 50 day MA and is being tested at this time at the 2680 level. With Cyprus coming out with a solution to its current banking crisis this week, I’d expect the 50 day MA to hold and my original target of 3000 to be possible. Against that upside possibility is the overbought and rounding over of momentum indicators, as circled on the chart above.

I do not hold any positions in European equities nor do I expect to initiate any in the near term. 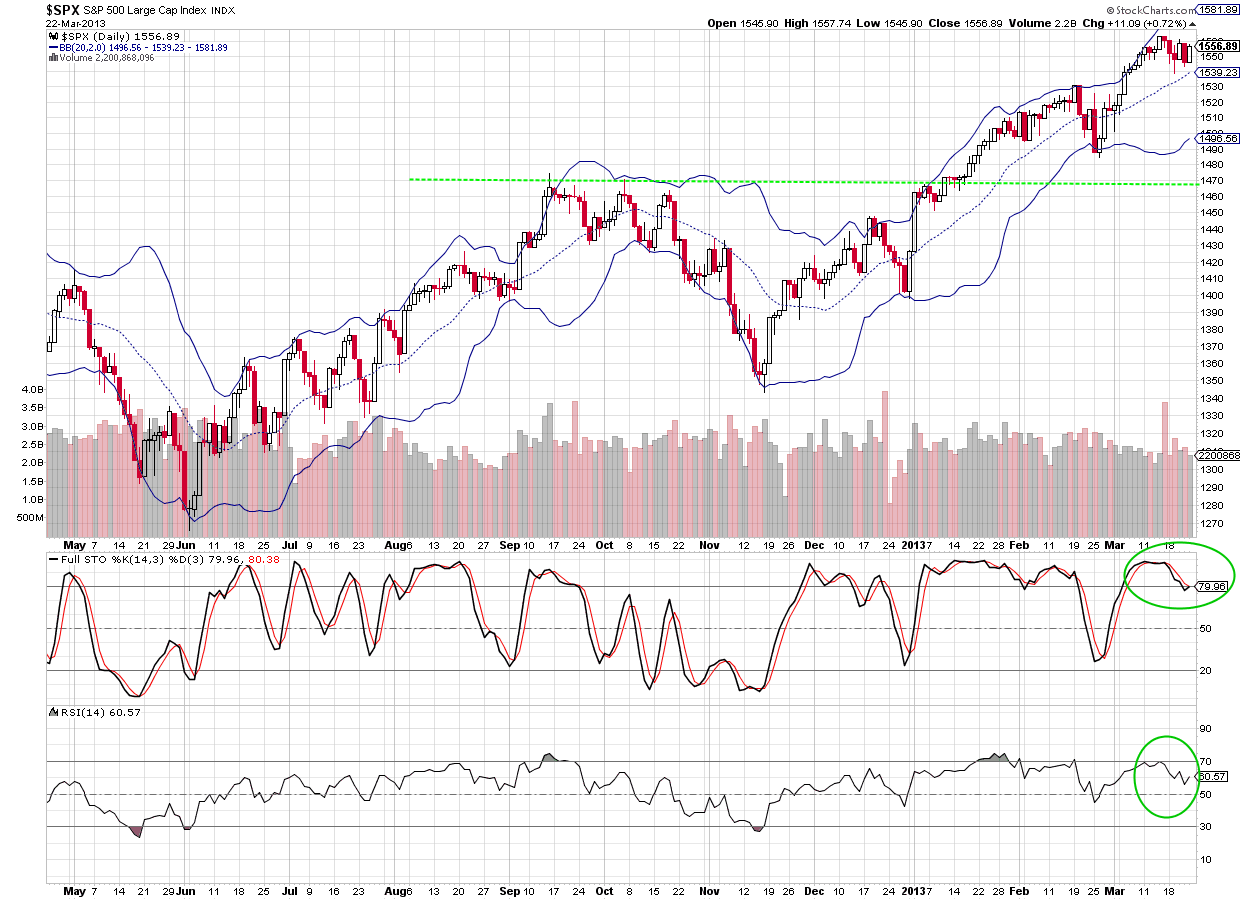 Momentum is overbought and rolling over for the major US and Canadian indices as well- I noted this on the S&P 500 chart above. I’ve also noted on a longer termed TSX chart the traditional May seasonal sell time. You will see that May was generally a good time to take some profits (except in 2009, where nothing was going to hold that oversold market back!). I note that in 2010, 2011 and 2012 the markets peaked in March, rather than the usual late April/early May pattern. Perhaps this year, we should “Sell in March and go away”, rather than “Sell in May”. I’m now about 40% cash in my ValueTrend equity model.

As always, you are invited to post comments on this topic below. Further, I appreciate hearing from readers regarding specific sectors you would like to see covered on Thursday’s “Sector View” blog.