Home / DUMB MONEY IS BEARISH, WHICH IS BULLISH. CONFUSED YET?

DUMB MONEY IS BEARISH, WHICH IS BULLISH. CONFUSED YET?

As many of you know, I recently published a book on contrarian investing called Smart Money, Dumb Money. The essence of contrarian investing is to look at investor sentiment. In general, the more optimistic “everybody” is regarding the markets, the more likely the market is reaching an overbought level and is ready to decline. The more pessimistic the crowd, the more likely the market is reaching an oversold level and is ready to rally. The reason sentiment indicators are often quite accurate in their predictions (although many are leading indicators) is due to repeating instinctive human behavioral patterns – which I discuss in my new book noted above. These behavioral patterns are reliable trading indicators because while markets change –  people do not. 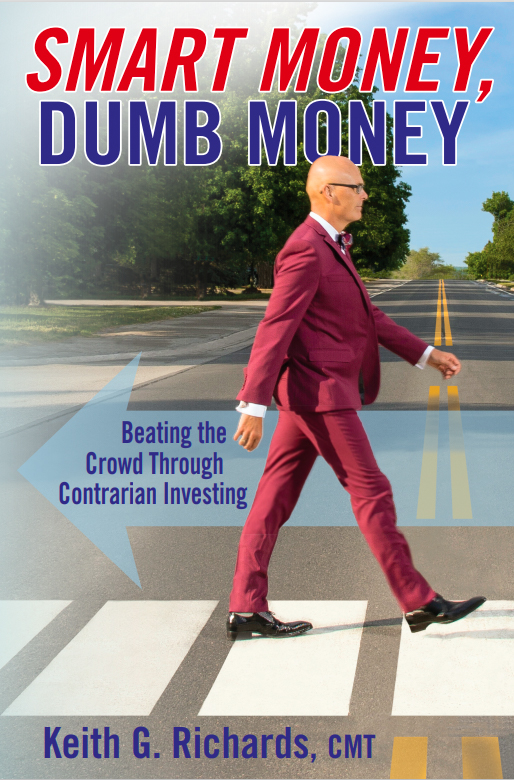 We need to understand another concept within sentiment analysis. That is, there exists in all aspects of life something called the “bell curve”. I covered this in my recent Rant blog on healthcare here. The bell curve is a statistical measurement that can be used to identify diversion of abilities if used when surveying a large population of people within various activities. Read the healthcare blog for greater detail, but in essence it says that most people within a activity will fall within 2 standard deviations on either side of the mean performance level. But there are very small numbers of outliers outside of those competencies.

When dealing with a bell curve, you want to judge abilities quantitatively. For example – its easier to create a bell curve of individual hedge fund managers by quantitatively measuring their numbers. Its harder to judge the competency of a chef, given personal tastes. The small population on the “right” side of the competency curve are the best-in-show (eg – in a dog show). They are “best in show” in that particular skill. Certain athletes, intellectuals, business leaders, and investors are considered “the best” – as judged by quantitatively comparing their results to their peers. This is where “Smart Money” comes in.

The bulk of the bell curve is investors of average abilities. We can, for kicks n giggles, label them as “Dumb Money”. There’s nothing inherently wrong with being part of the dumb money crowd. Its like being an average student in class. The average student gets acceptable marks and eventually passes. 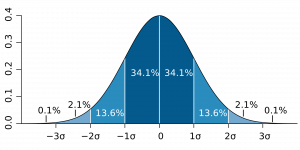 Dumb money doesn’t always lose money. They do what everyone else does, and that gives them their average results. Rising markets make them money. And if the market is peaking, they, like most other investors, are buying enthusiastically – unaware of the danger. Visa versa when markets have crashed. Dumb money is selling. If we track the behavior (buying patterns, confidence surveys, etc) of dumb money, they are doing OK most of the time. But…they also tend to show peak levels of emotionality at key inflection points. They are “irrationally exuberant” at market highs and “despondently pessimistic” at market bottoms.

The AAII (American Association of Individual Investors) examines bullish and bearish confidence of retail “dumb money” by surveying their huge member base for market outlook. Bullish, bearish, neutral. Below is a chart of bearish-only sentiment by AAII. As you will note, peaks in bearish outlook by their members tend to coincide with market lows. The higher and longer lasting the peak, the better the signal. Right now, although we have not seen a prolonged period of pessimism by AAII members, we are certainly seeing a very high level – the highest since the Covid crash bottom in 2020. And that’s bullish. 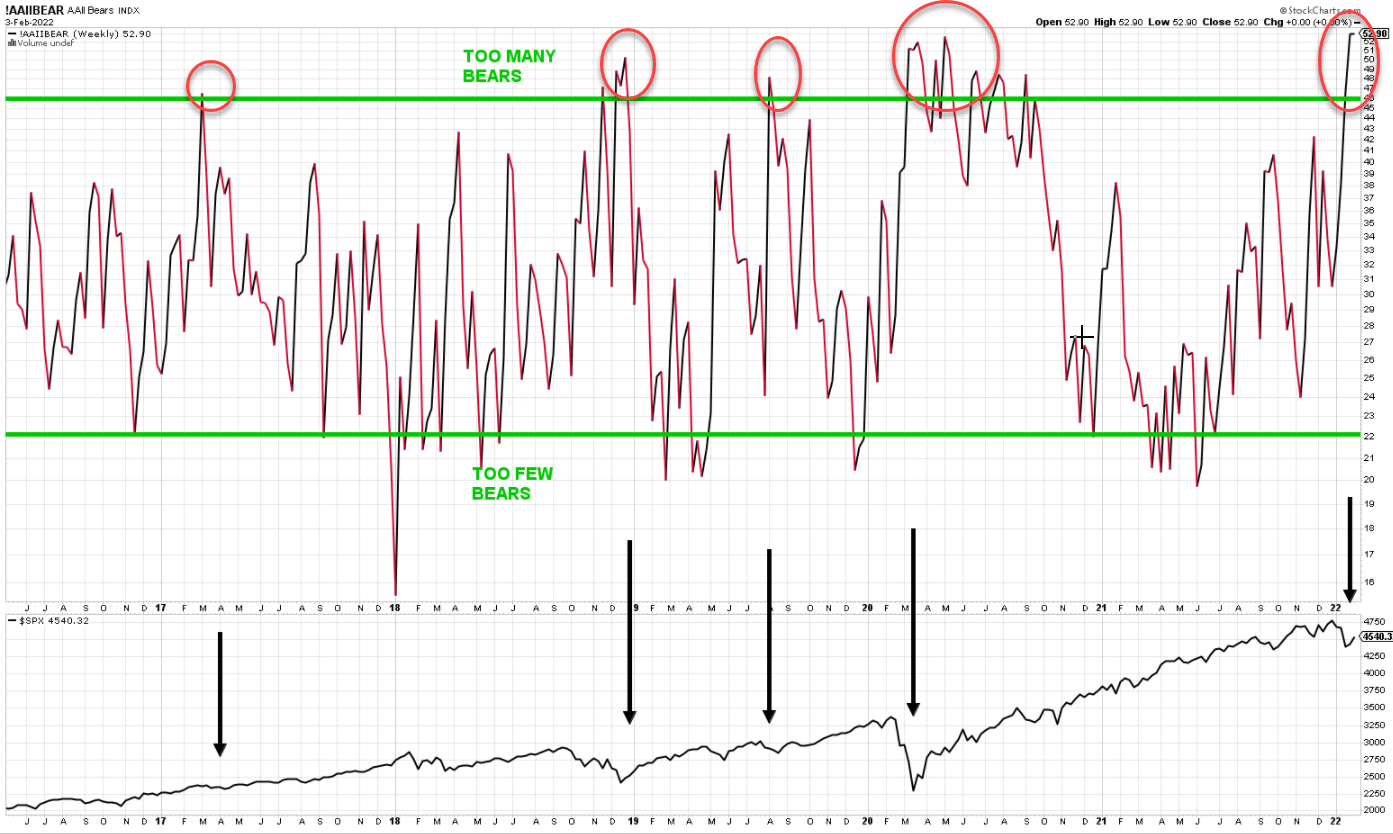 I’d like to reiterate the stance that we at ValueTrend have taken in this market. We viewed the washout to 4300 on the SPX as a buying point. So we bought – and notified you on this blog. We have a mental stop loss should the market break 4300. So far its rallied off of that point, despite the volatility. Please refer to my Technical Analysis Course to learn how to use a stop loss strategy correctly. I see some volatility on the tape today (Thursday Feb 3). Late February can be a bit soft for markets. But we will stay invested though the noise unless 4300 breaks. We have retained our overweight positions in inflation sensitive stocks and stocks that favor rising rates. Longer termed, we view the market as potentially making a top this summer, but we cannot make a flat assertion about that potential unless a trend break is witnessed. In other words, we must act like bulls, albeit cautious bulls, until the evidence proves that stance wrong.