Home / Dumb is as dumb does

Dumb is as dumb does

The past few days have been illustrative of how “Dumb money” operates. For those unfamiliar with the term, Dumb Money refers to retail investors. Some of you may be familiar with the “Smart Money/Dumb Money” confidence spread indicator I post on occasion. Sentimentrader.com pits Dumb Money  (retail investors, small lot traders, small options traders) against Smart Money (Institutional investors, commercial hedgers, large volume traders).

Some “smart/dumb” studies look at morning trading as being driven by Dumb Money. I’ve studied this in the past and found that morning vs afternoon money is far less predictive than Sentimentrader’s version.  The chart below is a current version of the Smart/Dumb confidence spread for the S&P 500, as reported by Sentimentrader.com. Note how deep this indicator has gotten into the “danger zone”. Smart Money is quite cautious in the current environment. Dumb Money is quite optimistic. The Smart/Dumb confidence spread is typically a leading indicator. Its suggesting that the market will sell off in the coming weeks, or sooner. 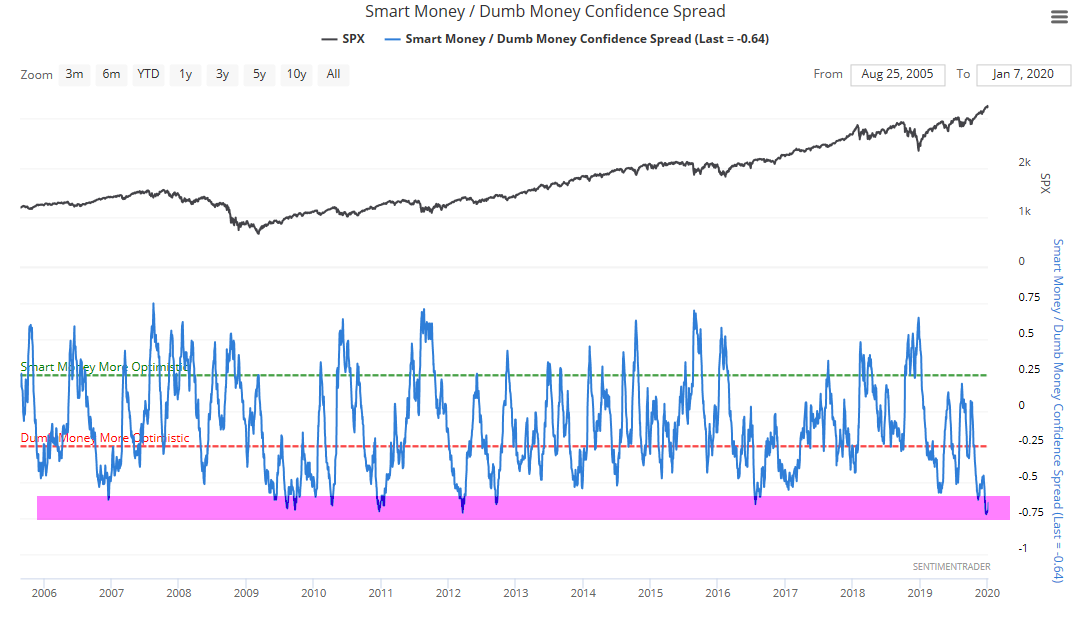 Currently, there appears to be another indication of Dumb Money at work. It’s social media. I covered the correlation between market movements and tweets by President Trump last summer. Twitter is an ideal playground for emotionally charged “Dumb” Retail Investors. And it’s an excellent tool for manipulating those weaker minded traders and voters by Presidents and Prime Ministers. Trump may be influencing weaker minded investors via his tweets, while Trudeau influences weaker minded voters with his.

Beyond the politicians,  it’s clear that current  events can rapidly influence less sophisticated investors (the polite term for Dumb Money) to make rapid investment trading decisions that are not necessarily beneficial.  As such, its more of a neartermed market indicator than a longer termed indicator.

Witness the recent banter on Twitter regarding oil and gold securities in light of the Iran situation. We got a couple of soaring days on these commodities as the tweets abounded. Then, Wednesday brought a sharp reversal as the tweeting reversed its conversations, now suggested a reversal in the Iran outcome. Classic emotional dumb money action.

Here’s a chart from sentimentrader.com illustrating the past week’s bearish comments on the twitter feed surrounding oil. From hate to love in a week. This illustrates that pessimism comes out at the wrong time – and social media participants are clearly an emotionally susceptible group. 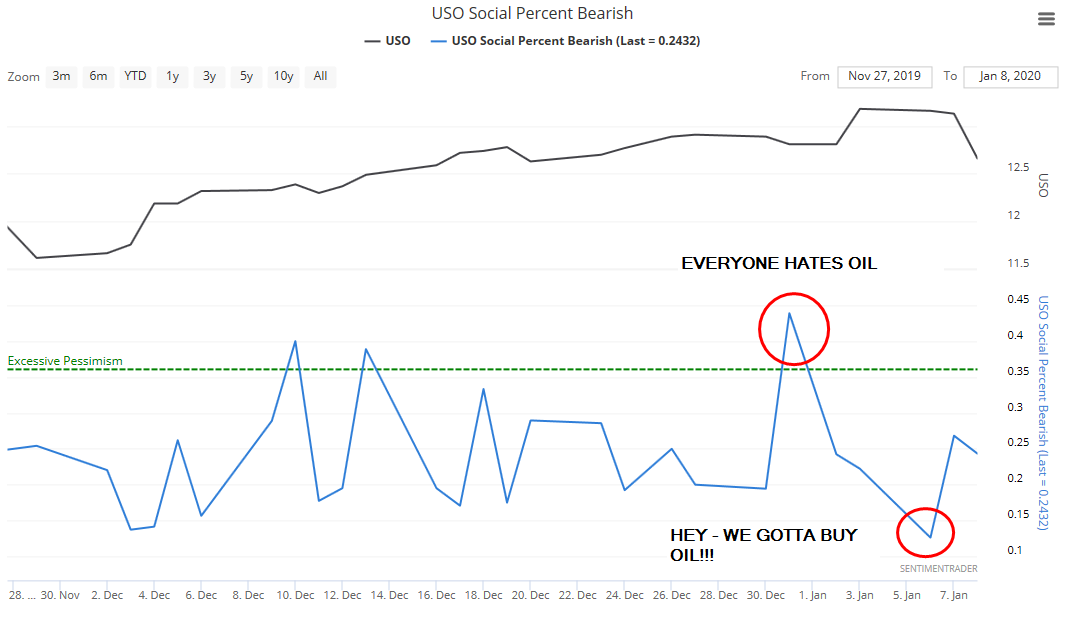 Here’s a chart from sentimentrader.com showing the bullish/bearish spread regarding twitter feed sentiment surrounding DIA (DJIA ETF). I’ve highlighted when the spread was “too bullish” with a red arrow and “too bearish” with a green arrow. Pardon my off-kilter arrow angles!

This is just an ETF, not the DJIA itself, so take that into account. It’s not been massively predictive on turning points, although there have been a few good calls for minor pullbacks and jumps. However, if you look on the far right side of the chart, you can see how bearish everyone got a few days ago-when markets fell on the Iran news. Of course, markets have moved up since that change in sentiment on the Twitter feed. 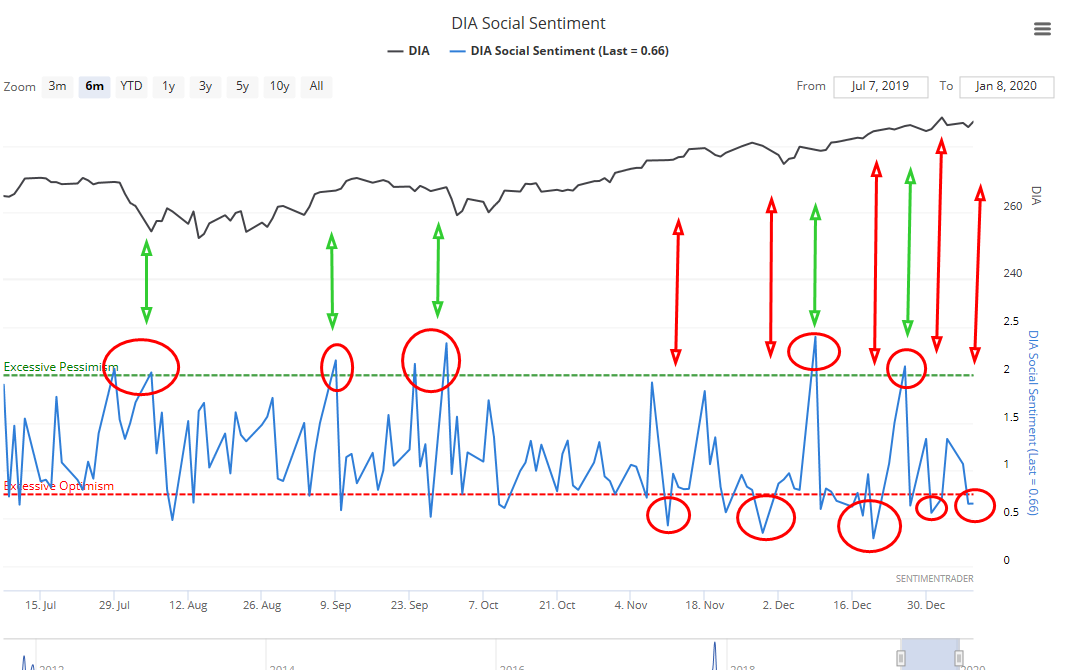 Tomorrow, Friday january 10th at 2:00 PM EST we have a webinar on the Bear-o-meter and its construction. Here is the link for more info.

Wednesday January 29th at 6:00PM is my next Bloomberg/BNN MarketCall appearance.