Home / Down & out vs. Down & opportunity

Down & out vs. Down & opportunity

A few sectors, namely retail food industry and companies having anything to do with remote work access have done well in this free-fall market. Beyond those areas, pretty much everything else is under water. Some sectors are more or less in line with the markets. So, that means most stocks or sectors are down about 18% right now. This, after recovering from being down more than 30% at the low of March 23.

Leaving the few winners noted aside for a moment, lets look at the masses. While the market has recovered about half of its peak to trough meltdown, some sectors have not had that nice recovery rally. Clearly, such sectors or stocks have under performed for a reason. Expectations of longer recovery periods, longer termed negative impacts on their businesses, or outright failure will suppress these sectors or stocks from participating in neartermed positive moves.

Sometimes, the market guesses incorrectly about a companies prospects, though. Sectors or stocks are nearly annihilated as stories circulate as to why that sector or stock will never return. But some do return – and make huge profits for those willing to risk the trade!  For example: 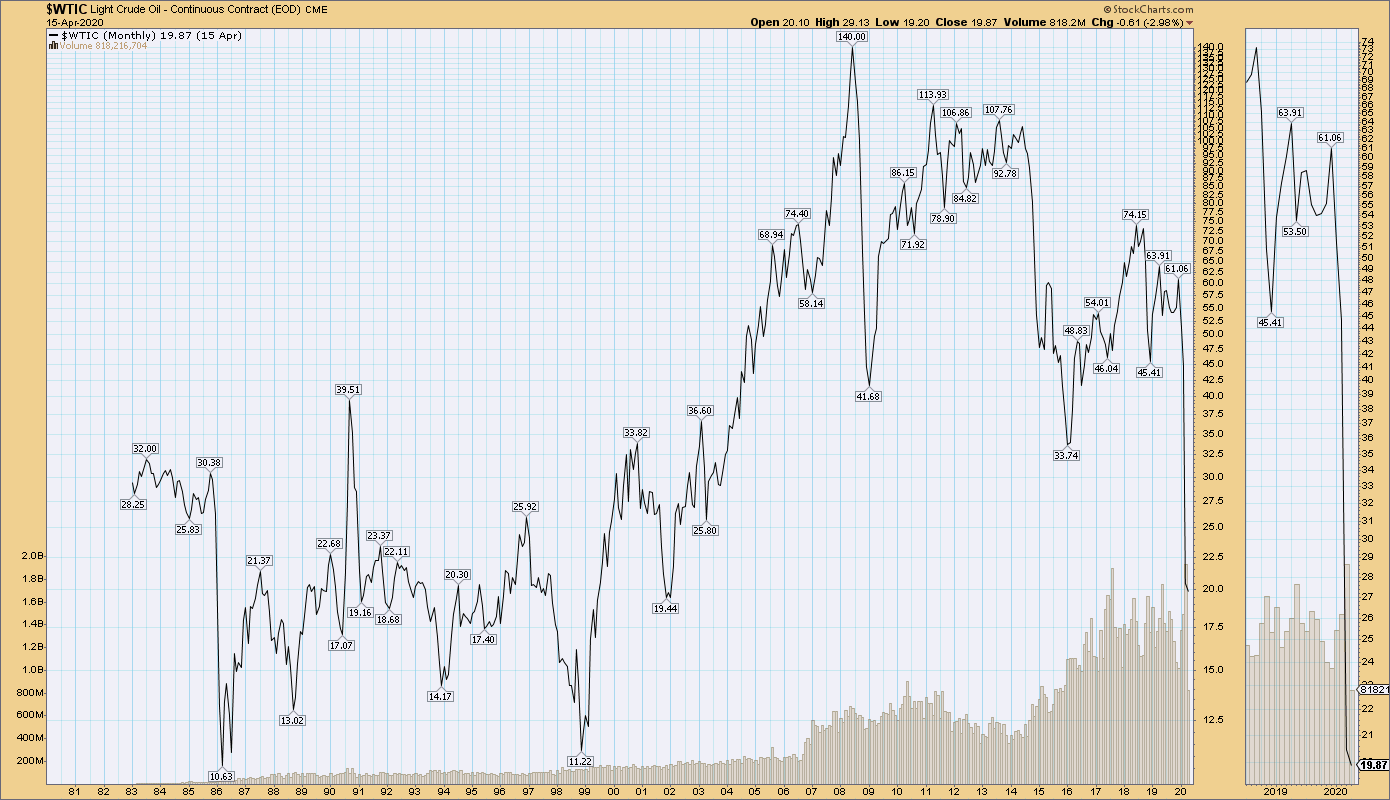 Down and out candidates of today

The one thing you want to avoid buying within any type of recessionary environment is a sector, or a stock, that is notoriously over leveraged. For that reason, despite energy’s attractive looking dump-and-base action of late, you probably want to pick only the least-leveraged stocks in the sector. As such, perhaps a sector ETF is NOT the way to play this hurting sector. Nonetheless, here is the sector chart to give us an idea on that base setup. The XLE chart needs to break $36 to establish a base-breakout.

The US Financials sector is basing. A break of $23.50 on the XLF chart would fill the gap and move the sector back into a positive position.

Industrial stocks have been hit hard. We sold the sector a while ago, but now the sector is showing signs of basing. Another gap in the high-$60’s would likely be filled if we see the current mid-$60’s level base break.

The problem with materials-ETF’s is that they include the precious metals, which are mixed in with the industrial metals. While that mix sure did help to limit the downside in the ETF’s, they don’t reflect the truly beaten down segment within the metals sector. The industrial metals sector, which includes aluminum, copper and zinc, has been hammered. Is there an opportunity for an oversold recovery coming? Peaking in 2018 at $19/share, the DBB ETF now sits at just over $12. The recent selloff drove it down from $15 to current levels. Early signs of a base might suggest a rebound into that $15 zone. We shall see.

Last but not least, lets take a look at the Canadian banking sector. This sector, due to the Canadian economies reliance on energy and an energy-enemy at the Federal Government level, had been treading water from 2017- 2020. The pandemic pushed the sector over a cliff, and it hasn’t recovered as sharply as the majority of stock sectors here or in the USA. You can see it struggle to base at its old low’s in the $20-$23 area.  If $24.50 is broken, you will probably see that gap fill and the ETF move back into the high-$20’s. It really depends on how much support the suddenly-awakened Canadian government will provide the sector. The carbon tax hike wasn’t such a help. Keep an eye on the base for signs that something is changing for the banks and the Canadian economy. This one is a long shot, and I’ve ranted before on the reasons why I am worried about the Canadian economy.

I’d love to read your discoveries on bottom fishing candidates.