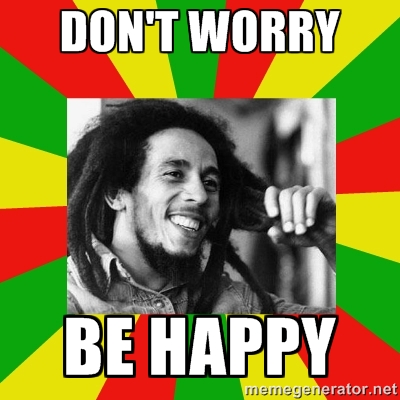 Bob Marley sang these words may years ago. Lots of concern out there on the market – should we be worried?

While I’ve noted some concerns from a sentiment point of view regarding the prospects of a correction pending in the coming months (https://www.valuetrend.ca/?p=3489) – I’d like to suggest that the market likely still has some legs left in it prior to such a correction. 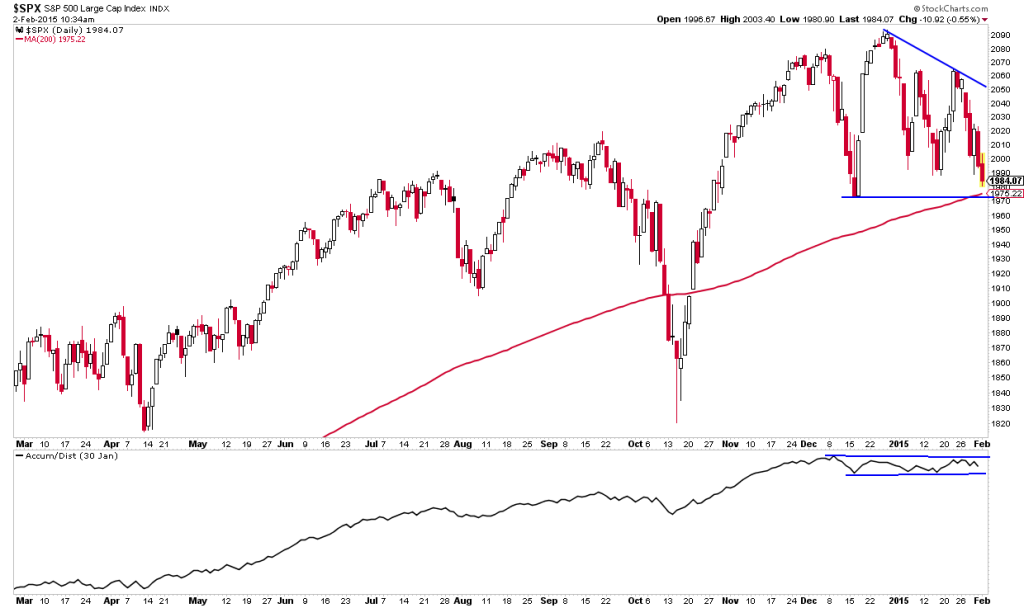 I draw that conclusion out of a few important considerations:

-S&P500 is consolidating within a potential triangle . The support level of 1970 (last significant low after the last higher high) has not been cracked.

-The index is holding over the 200 day MA (also near 1970). Keep in mind that a breach, should it occur, should be monitored on the weekly chart (which defines the larger uptrend of this market) for 3 weeks.

-The most important indication of positive money flow – the cumulative Accum/Dist. line, has flattened, but has not begun to round over. This suggests that money is not leaving the room just yet.

I continue to view the current volatility as an opportunity to accumulate high quality positions. I expect to remain largely invested until the early spring. Thereafter, given the sentiment indicators I am watching, along with the 5 year cycle (last correction of 20% + was in 2011) – I expect to reduce my equity exposure.

I was on BNN last Friday. Here is the clip for my top picks: