The US long bond, as illustrated by the $USB 30 year bond price chart below is still trading within the bullish trend channel that its been contained to since 1990. 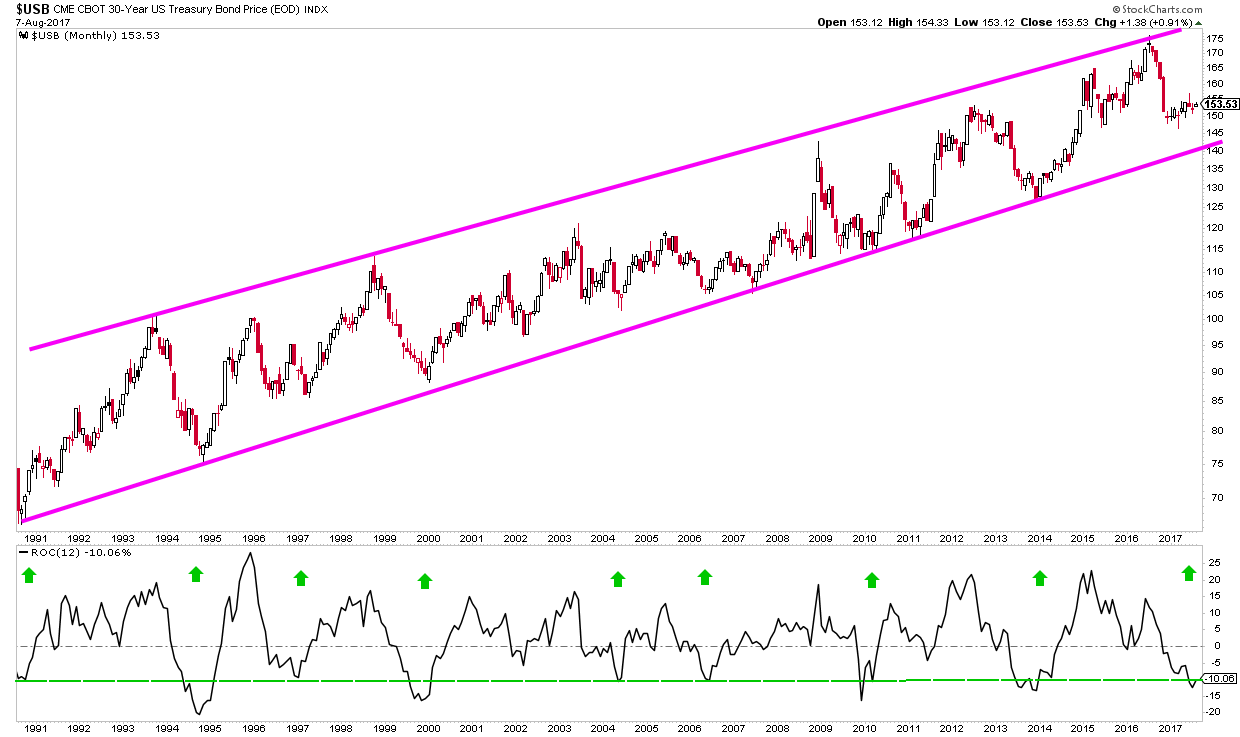 I got into this business in 1990, and my formative years were spend sitting beside a former pro bond trader from Sri Lanka. Hiran was his name, and he eventually moved back to Sri Lanka after living in Canada for a few years.  Hiran taught me a lot about bonds.

Back then, we had come off of the recession of the early 1980’s – yet interest rates were still high. Hiran told me that I should load up the truck with long bonds (Canadian or US). He told me they would appreciate in value as governments on both sides of the border lowered interest rates in a new era of lower inflation. Yet, he still felt that growth would be steady enough to give confidence in our currencies and the credit worthiness of our countries. Both countries had come off of or entered into Conservative (Mulroney) / Republican (Reagan, Bush) leadership – both governments were considered business/economy friendly. All was right for the start for a rising long bond price – not to mention the continuation of a raging bull market on stocks. 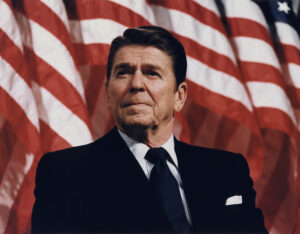 Looking back, I am glad that Hiran convinced me to buy bonds. Funny, because at the time I had a heck of a time convincing my then newly acquired clients that interest rates weren’t going to rally back up. They couldn’t believe that yields on bonds and GIC’s wouldn’t soon return to their 1980’s levels. Anyone investing back then might recall the 10% + GIC rates–or the high-teen interest rate coupons on the long bond.

The chart on todays blog shows you the Rate of Change indicator in the bottom pane–which is an indicator I tend to utilize for longer termed movements on a monthly chart such as this one. I discussed this indicator in detail here – and I’d suggest you take a quick read of that blog to get a feel for its benefits, and limitations as a market timing vehicle.

As you can see on the chart, the ROC indicator has signalled oversold conditions with reasonable accuracy for the US long treasury bond. The 30 year treasury bond has rallied after each test or break of around -10% on the ROC (I drew a green dashed line to help you identify this level). Some rallies were stronger than others – but there is consistency here. Right now, that indicator has just hooked up from a break of -10%. As you’ll note on the chart, the ROC has on occasion gone deeper before some of the bigger moves on the bond market – so bonds could pull back a bit more and push ROC a little lower. But that hasn’t happened too often. And we are now into the best months for bonds, and worst months for stocks on a seasonal basis. So it may just be that we’ll see a rally on the long bond in the neartermed picture.

We hold a small (5%) position in the US treasury bond at this time to play a potential move on the bond market,and on a near termed rally on the US dollar (vs. the loony).