Home / Don’t be the dip buying the dip!

Don’t be the dip buying the dip!

Please bear with me as I migrate through some brief theories in economics. I will get to the technical message of today’s blog after offering some economic perspectives – which I feel are interesting enough to know in light of a change that I have witnessed in stock market behavior. This blog, because of the theory I start off with, is a little longer than normal. However, if you can bear through it, I promise to give you a couple of cool lines that you can use to impress your friends and confuse your kids with.

I should note that I am not a trained economist. My background is in technical analysis, But that discipline is partially influenced by one of the economic theories to be discussed- specifically Behavioral Finance. Thus, I write from the perspective of an armchair economist,  but offer some expertise in Technical Analysis as applied to that particular theory. Here goes:

I was listening to a podcast on economics the other day—the podcast was actually less boring than it sounds. Anyhow, the speakers were comparing Neoclassical economics (i.e. what is typically taught in school) to Behavioral economics.

Are you a rational person? 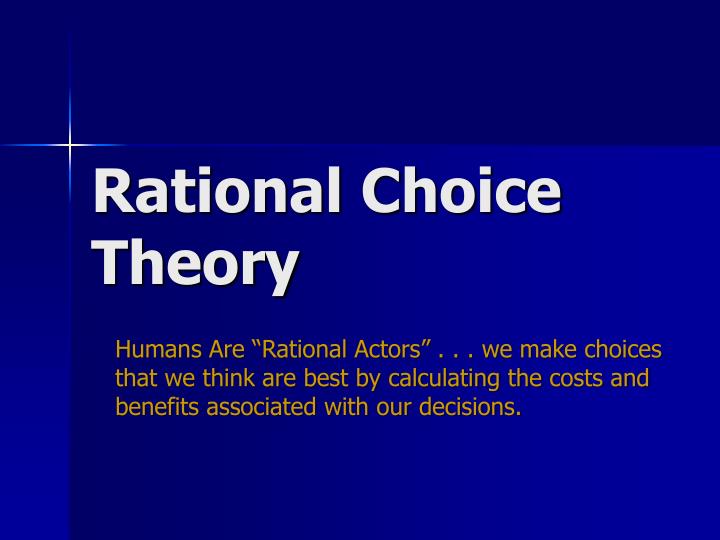 To grossly oversimplify things, Neoclassical economics assumes that governments and people will, on average  (not entirely) make rational economic decisions. The model is based on elegant mathematical formulas assuming that people and governments, on the whole, will exhibit correct behavior with rationality and utility in mind in most things that matter now and for our future. Including financial decisions. Examples of this include saving capital to be used for our retirement, keeping our debt in check, exhibit healthy habits (brush your teeth! ). Theoretically, most of us generally make decisions that allow us to be happy now, balanced with some level of current sacrifice to also be happy over the longer term. Neoclassic economists believe (via mathematical formulas) that people  will ultimately desire to achieve long termed goals and will make accommodations to achieve them. Under this model was born the “Leave it to Beaver” age of prudence and decision making.

Again oversimplifying, Behavioral finance suggests that, unlike Neoclassical economic theory, people think mainly of what they want now. They are not as capable of calculating present value discounts vs future values as classic economists suggest they are. In fact, many people don’t want to avoid junk food, save for their future, etc. Their immediate desires outweigh the sacrifices necessary to achieve the long termed goals. This tendency is known as “hyperbolic discounting”.

Next time you are at a party and the subject of the economy comes up – you can sound super smart by saying something like “It appears that Neoclassical Economic Theory is being displaced by the theory within Behavioral  Finance that suggests Hyperbolic Discounting is in fact the main driver of the economy”. Be sure to be smoking a pipe and wear a blue blazer (or cardigan) with a slight sneer on your face while making this statement.

An example the podcast gave of hyperbolic discounting was that of smoking cigarettes. Virtually all smokers are well aware of the negative consequences of smoking. Even new smokers who are not yet addicted are aware of the gruesome facts surrounding the habit—spelled out right on the package, with real photos for your viewing pleasure! And yet, they still get involved with, or continue to-smoke. Hyperbolic discounting – as applied to this habit – says that the decision making process front loads whatever pleasure a smoker gets out of the habit – or – the avoidance of the struggle of breaking the habit. Adding the financial cost of paying $300 (or whatever it is) per month to smoke to the future cost of either shorter lifespans or a restricted level of personal health, smokers decisions are  outweighed by the ‘pleasure” or “discipline avoidance” of smoking today. Today’s “correct, rational behavior” is ignored. You can apply this to not saving for your future, buying more house and toys (cars, widgets) than you can afford – anything.  Let’s talk about that a little bit.

Right now in Canada, we have governments who are making these front loaded choices on debt, spending and social policies. To appease the front loaded desires of groups of voters, hyperbolically discounted decisions are being made – despite the future consequences. For example, in 2017 – the Federal government finance department  released a bleak picture of the future based on its own current hyperbolic discounting. A report issued a year ago noted that on the current course of action our debt will double to $1.55 Trillion, with no hope for reversing that path until 2050.    Ontario was recently aggressively downgraded after ignoring debt limitations by creating a new, unconventional (literally breaking from standardized accounting principles) “off book debt” .  Respected independent rating agency, Moody’s moved Ontario’s outlook to “negative” from “stable”.

But it’s not just governments who participate in hyperbolic discounting. RBC reports that Canadian household debt is at such a high level that  1/3rd of Canadians fear they could be pushed to bankruptcy if interest rates rise much more!  Another report from BNN  notes that this huge percentage of our population do not have much “breathing room” to pay beyond what they currently pay on their loans.

The lesson here is that individuals are very prone to front-load their economic decisions.  Even when the future negative consequences of these decisions are known as highly probable to the individual. In turn, individuals elect governments who are inclined to address those desires by hyperbolically discounting the consequences of borrowing to pay for  benefits now. In many ways, you cant blame the politicians who front load economic benefits at the expense of future generations. Voters select the government based on such policies – despite common sense and warnings by independent analysts (ie Moddy’s, etc). It’s the government equivalent of the warning on the box of cigarettes.

In other words, whether we speak of the spending habits of individuals or the politicians they elect (in Canada, anyway), the rationality behind the theory of neoclassic economics is pretty much trumped by the reality of hyperbolic discounting. We want it all now, future consequences be damned.

At last, we get to the stock market!

So what does all of this have to do with the stock market? Well, everything, actually.

People paid-up for stocks last year perusing an irrational momentum of price appreciation. The mentality became that of “buy on the dips” over the past year and a half. That’s because, if the market did execute one of its rare dips, it was literally recovered within a week or two – every time! Forget waiting a couple of months on a pullback—it only took days to recover, so why worry? And lets ignore those pesky high PE ratios and overbought RSI lines too – it’s a new paradigm, after all!

As I noted on Fridays blog – last year was a freak show. If we apply the lack of volatility noted in Fridays blog to today’s economic lessons…here’s how it looks: The hyperbolic discounting that the market exhibited  last year showed no worries about future risk –  as stocks became overvalued and overbought.

But, as that blog noted…things are changing.

Today’s chart is a simple one. Note the shallow dips since November 2016. Note the rapid recoveries from those dips–usually a week or two (its a daily chart). “Buy the dip” became a tongue in cheek slogan used within my professional circles – it was kind of a put-down on the irrationality of retail behavior.

Like I said, its changing – although it didn’t look like it at first. The pullback in February was immediately bought by retail investors. A second dip in mid-February was also “bought” quickly. Notice the rapid rallies that followed those pullbacks—less than a week for each of them. Now I’d like you to notice something else. The recent dip on the SPX in March is not being bought so aggressively. It’s been weeks trying to crawl out of the hole. Further, buyers have not been strong enough to drive the market back to its January high. Three failed attempts at a return to the highs (so far) have proven that “it aint 2017 anymore”. Dips are being bought less rapidly, and are not being driven to new highs.

As I noted on this blog, it is my opinion that this market is looking an awful lot like 2011 – when the summer of that year saw a 22% bear market.

But….Like a party hangover, the real price will always be paid in the long run.

Keith on BNN Televisions MarketCall Tuesday May 1 at 6:00pm

If you have questions about the technical analysis of stock trends for individual stocks, be sure to phone in with your questions for Keith during these shows.