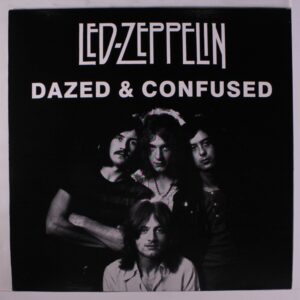 I’m in my late 50’s, so my highschool years put me into the heart of the 1970’s –where the greatest rock n’ roll bands of all time produced their timeless masterpieces. At no time since the 1970’s has there been such iconic rock music produced. Sure, the 1960’s produced the ground breakers like the Beatles and Stones (and Elvis before that), but the 1970’s produced some of the most sophisticated music (sometimes called “progressive, or “prog” rock) in rock history. We’re talking  Canadian stars like Rush (the most successful Canadian band of all time and arguably the amongst greatest technical talent in the world), The Guess Who and others—while the British mega talents like Led Zeppelin, Pink Floyd, Yes, Genesis and so many others produced highly sophisticated albums that – to this day- remain iconic award winning classics.  The likes of which will possibly never be duplicated.

Yeah, I’m a rocker – and yeah, I still listen to (and study the styles of) all of these groups with a fever. I was privileged to have seen many of these brilliant bands live – many of whom have since retired after long, successful careers. So today’s title is both fitting for the current mindset that many investors may be in. It also pays homage to one of my top-three favorite bands of all time – Led Zeppelin—and one of their truly iconic songs.

I’d like to offer up 3 charts comparing bull/bear cycles – and note similarities across all three charts. But I’d also like to illustrate why the current selloff is not entirely like that of the first two –leading me to be a dazed and confused. I’m not 100% convinced that recent actions are leading into a bear market similar to what happened in the first two charts. However, there are enough conditions present to suggest that the market could easily tip into that bear market scenario on a dime…hence the mindset of being “dazed and confused”.

The weekly chart shows us the strongest trending 1995-2000 bull period, despite the bull market truly beginning in the late 1980’s. The earlier trend of that bull had a much lower angle of accent- making that period less similar to the next two charts.  Four conditions can be observed as the market trended through its 1995-2000 bull market phase, and then transitioned into a massive bear market. They were:

Here, we see 4 similar conditions as we saw during the prior bull, with a few nuances:

We have some similarities between the three charts in that they all broke the 200 day SMA, they all broke a dominant trendline by taking out a dominant low, and they were all led into the break by narrow leadership. The difference this time around is the return of the market to trading above its long termed trendline. It is for this reason that I am less convinced that we are entering into a bear market with any certainty. However, there are enough similarities within the other factors that worry me. To paraphrase Robert Plant:

I’ve been dazed and confused for so long it’s not true. I wanted to invest, but never bargained for you!

I’m speaking at the Orlando MoneyShow on Friday February 8th. Click here to read the details, and for free registration to the show, should you be in Orlando on that date. I’ll be in Florida starting on Monday and will be working Monday until the show. I’ll do my best to post my blogs and answer your questions, but there may be delays on those posts and replies.