“Markets are well-known for herding and that’s the story at the moment. Two big crowded trades are clearly government bonds and the US dollar. And history shows that when a herd gets too big, the risk of a stampede that splinters the throng only grows.”

I’m a fan of Larry MacDonald’s work. I’ve mentioned his Beartraps research here before. His quote, per above, suggests that the long bond and the USD are overbought. While I agree with his thoughts on one of those observations – the bond market-  I am less inclined to agree on the USD. Let me explain.

I agree with Larry’s bond call. I’m short the long US bond. Well, actually, I bought an inverse long bond ETF in our newly incepted “VTAGS” strategy (ValueTrend Aggressive Growth Strategy). Take a look at the TLT chart below. Its parabolic move up to the old highs, and its rounded look in the neartermed momentum indicators tell us what we need to know about this being a crowded trade. Sure, moneyflow is good, and the longer termed MACD indicator is not yet rounding over. But, I think that (MACD) rolling over is a matter of when, not if, on this trade. 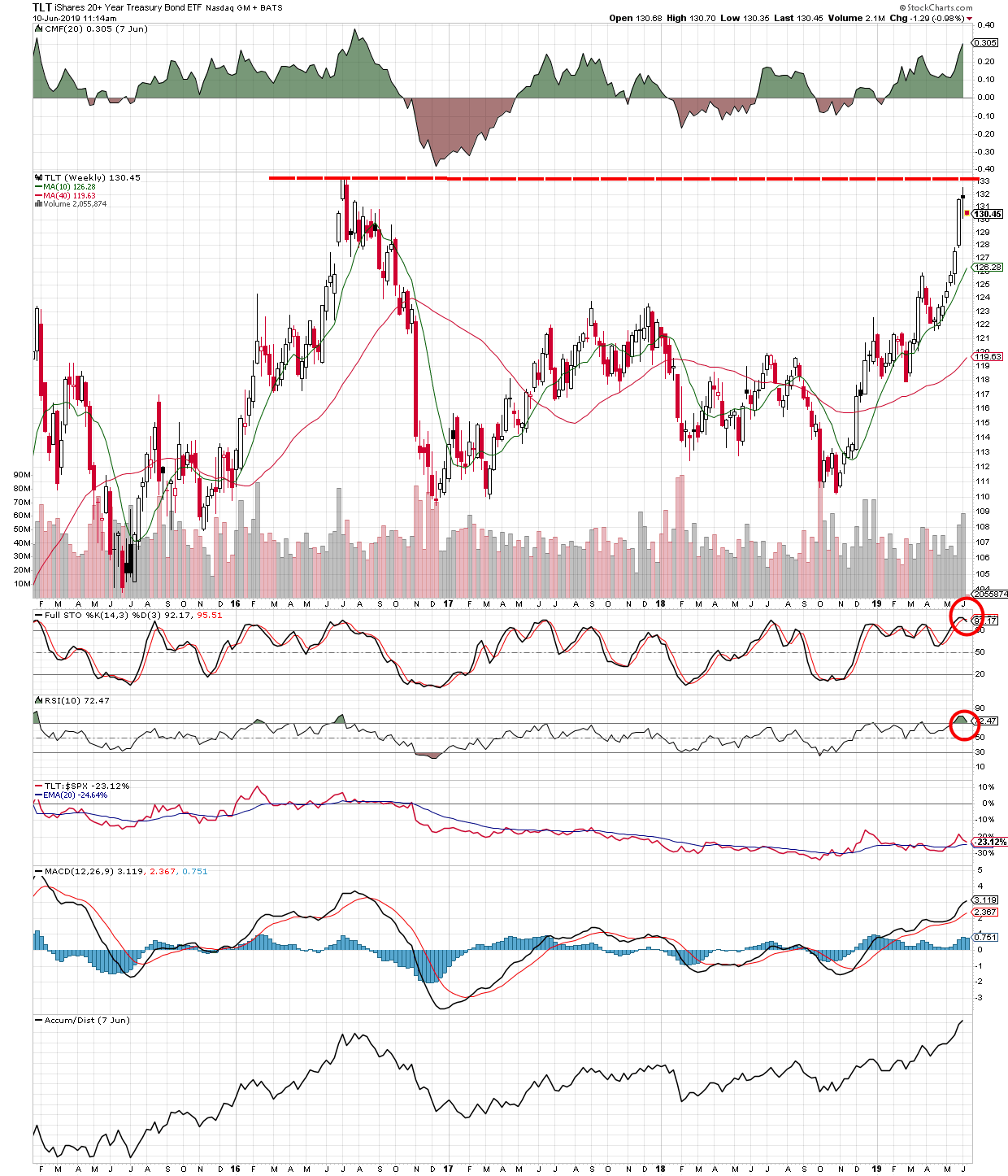 I’m not so bearish on the USD. Talk a look at the chart below. Yes, its fallen a bit recently. But the currency remains in an uptrend against the world basket of currencies. It wasn’t massively overbought by traditional standards. Its short stochastics momentum indicator was overbought—but RSI and MACD are fine. The short trendline needs to break into the $95 or lower area before I’d be concerned. I understand that Larry is more concerned about the positive sentiment surrounding the USD – and the probability of declining interest rates. But, the chart hasn’t broken yet, and it ain’t overbought – so I’m not prepared to declare a USD bear market coming just yet. 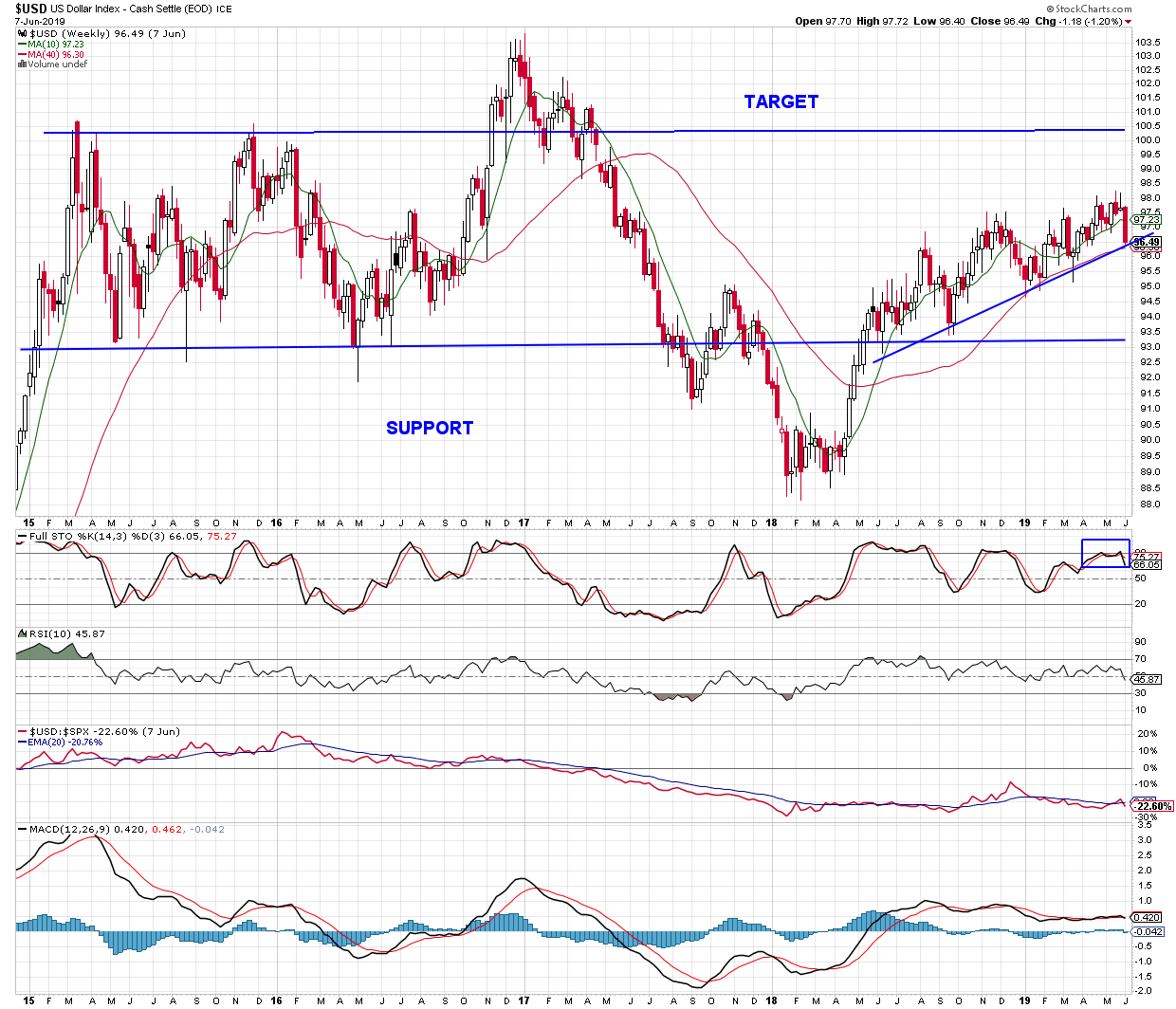 For those interested in the loonie, here is my take on the USD vs. the loonie: The weakness on the USD has caused a spike in the loonie. Its back to the top of its down trending trading channel. The long termed chart, which I’ve shown you on this blog site before—shows this tendency for the loonie to be in a long termed downtrend, and within a mid-termed down trending channel. This, all contained within that larger scope bear trend. So – spikes should be sold. That is, if you believe that the loonie will remain in a  longer termed bear. 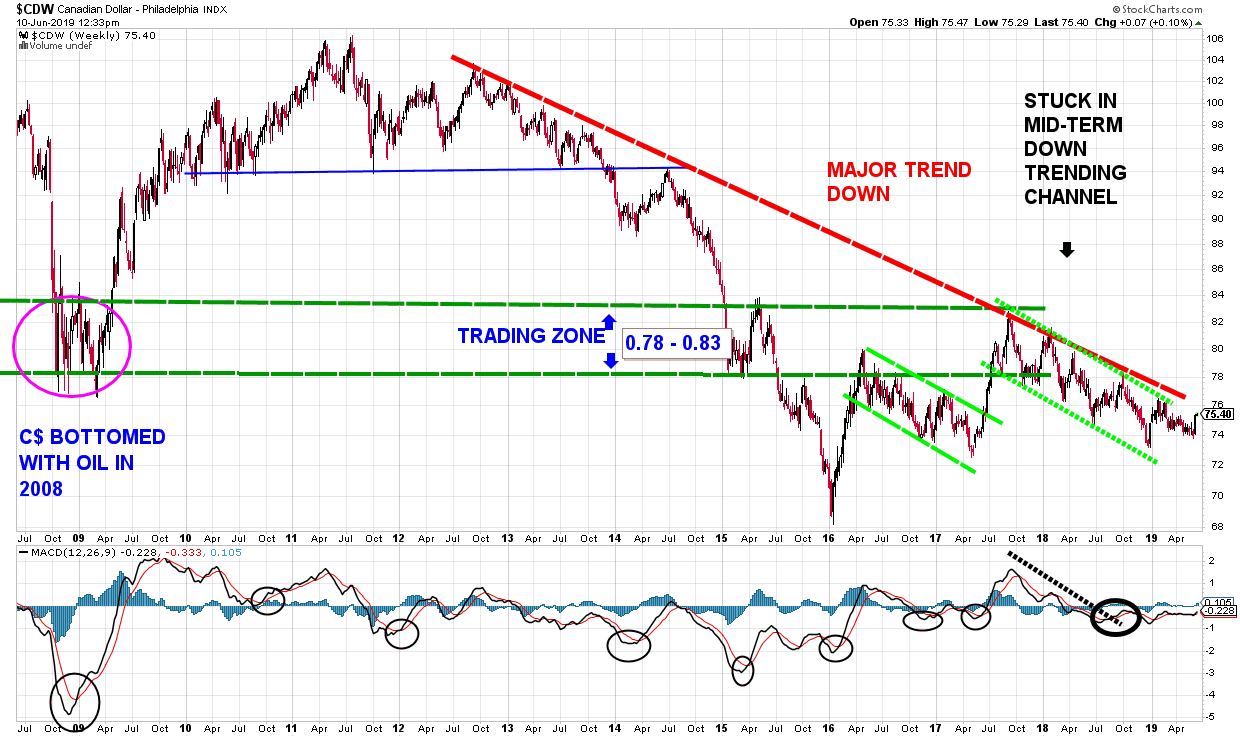 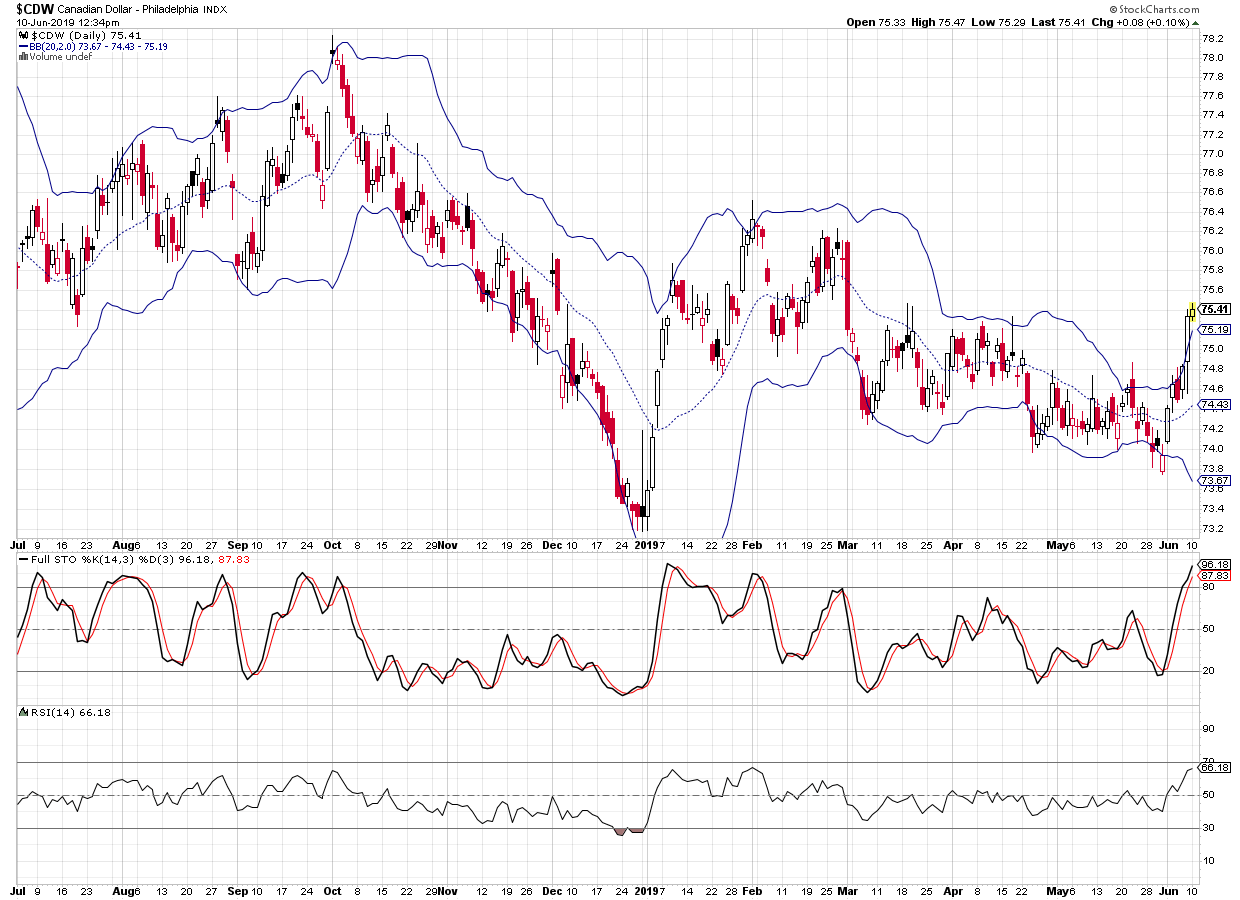 For what it’s worth, I just sold some C$ and bought the USD for a personal building project I have going on in Florida. Investors who are looking at buying USD might consider legging in – which is what I am doing regarding my building project. I bought some today, and will see if there are any further signs of C$ strength. Depending on how it looks – I may do another buy-in of USD later in the week.