For this week’s sector talk, I’d like to explore the Canadian railways. Rails in general are pretty good long termed bets in Canada. Peter lynch, former manager for the famous Fidelity Magellan fund, once said that you should try to buy companies with a “barrier to entry” in their business. Think of Apple’s problems right now — little barrier to entry has allowed a multitude of competitors to swarm in on their domain. I honestly can’t think of another business that would be as impossible to set up a competitive rival in as a cross-continent railway. No doubt about it, CP and CNR are the only games in town in that venue, and will likely remain so.

I’m not a buy and hold kinda guy normally, but one stock that I’ve held for at least a decade in the model accounts I manage  has been CNR. Yes, it corrects periodically as it did in 2008, but the long term trend has remained intact, despite these sometimes significant corrections. I believe it will remain intact for the long term, due to a few factors. First, the long term trend line is hard to argue with, as illustrated on the 15-year chart below. Next, this is the most efficient rail company in Canada. Sure, CP hired former CNR CEO Hunter Harrison to turn their ship around. But there will be a lag of a few years before the results of his actions (cost cutting and efficiency measures) will be seen. Meanwhile, CNR chugs along with their efficient money-making model- pardon the pun.

Currently, CP is overbought. Excitement over Mr. Harrison’s leadership and future cost-cutting moves (i.e. pending staff reductions, etc) has pushed the stock up in recent months. But the stock looks ready to correct. As mentioned above, Mr. Harrison’s strategic moves will take a while to materialize into earnings growth. RSI and stochastics are vastly overbought. The stock has moved outside of its upper Bollinger band—often a sign of overbought conditions. It’s trailing P/E ratio is 26, which is significantly higher than CNR’s PE of 15. 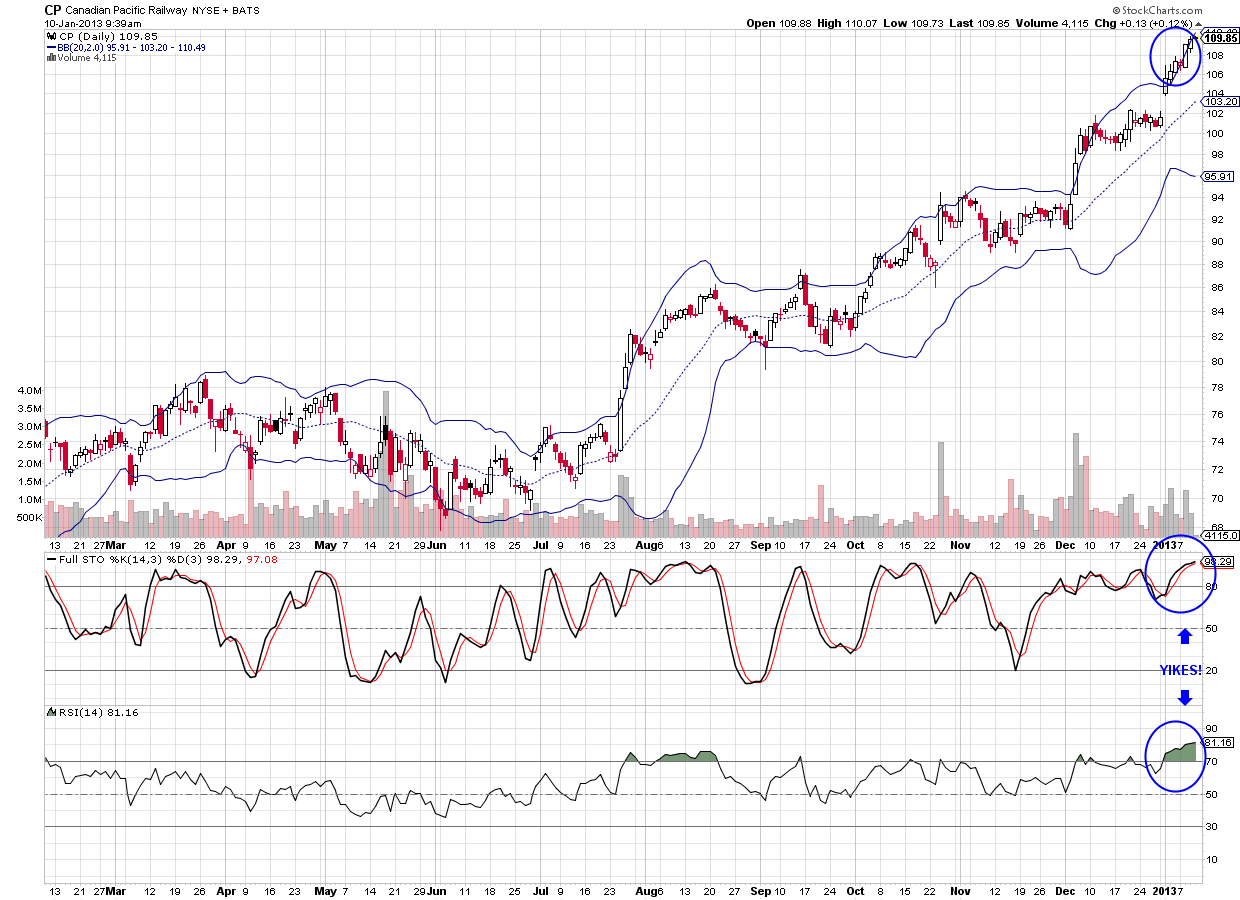 CNR, meanwhile is not technically overbought and has traded relatively flat lately. 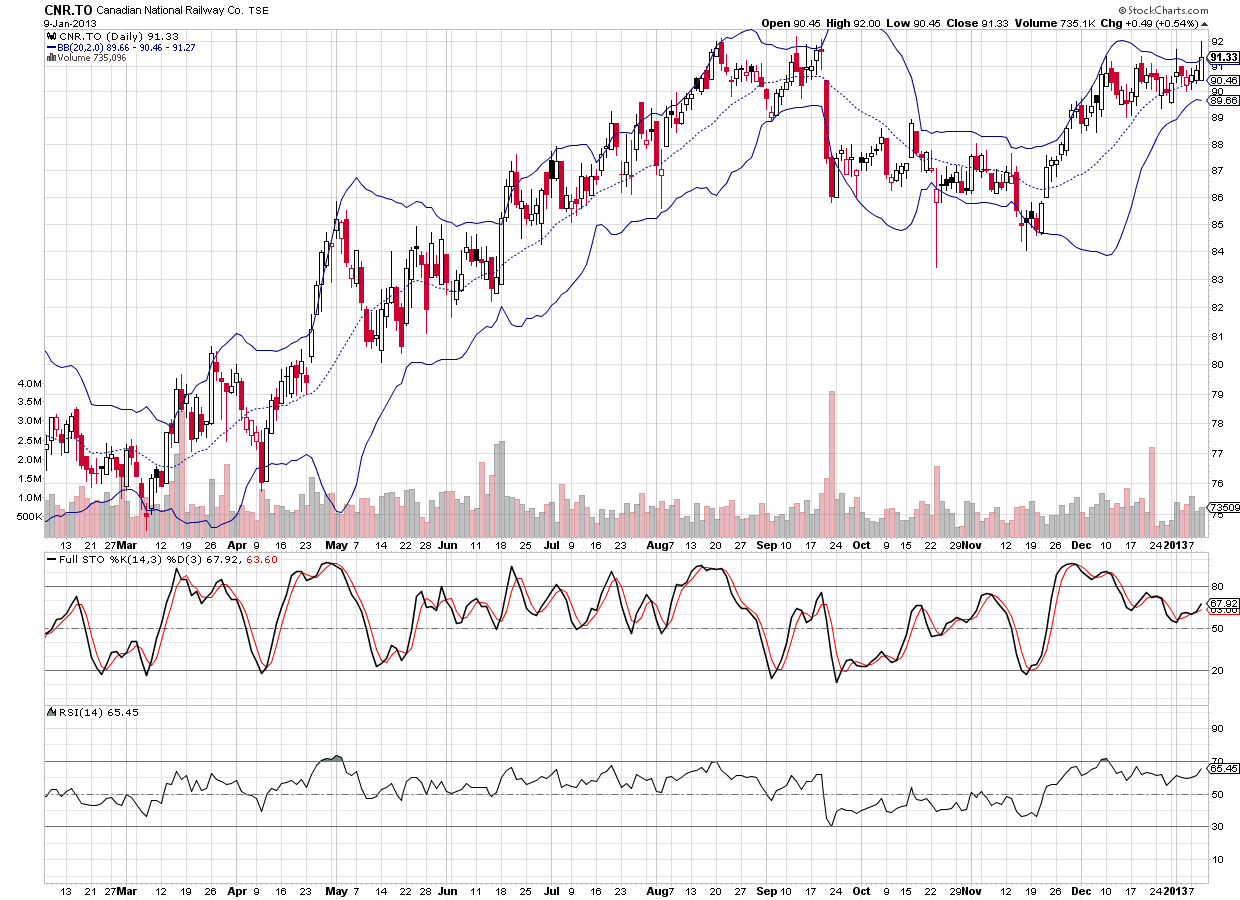 Owning a rail can be a staple for long termed growth orientated portfolios. CNR currently offers the better value of the Canadian competitors.