Greek lawmakers approved a package of economic changes and austerity measures earlier this month, allowing them to begin accessing a chunk of the country’s nearly $98 billion international bailout program. Under the terms of the bailout, Greece must pass certain laws and measures that, ironically, were supposed to have been passed years ago. Will this be a catalyst to some upside for their homeland equity markets? Let’s see what the charts have to say about this potential.

Technically, there is some potential that the Greek ETF (representing FTSE Greek 20) is in the process of breaking a downtrend.  This bearish trend has been in place for almost 2 years. Its no surprise that the ETF is finding support at around the 2012 lows. Some supporting technical evidence that suggest potential upside on this ETF include: 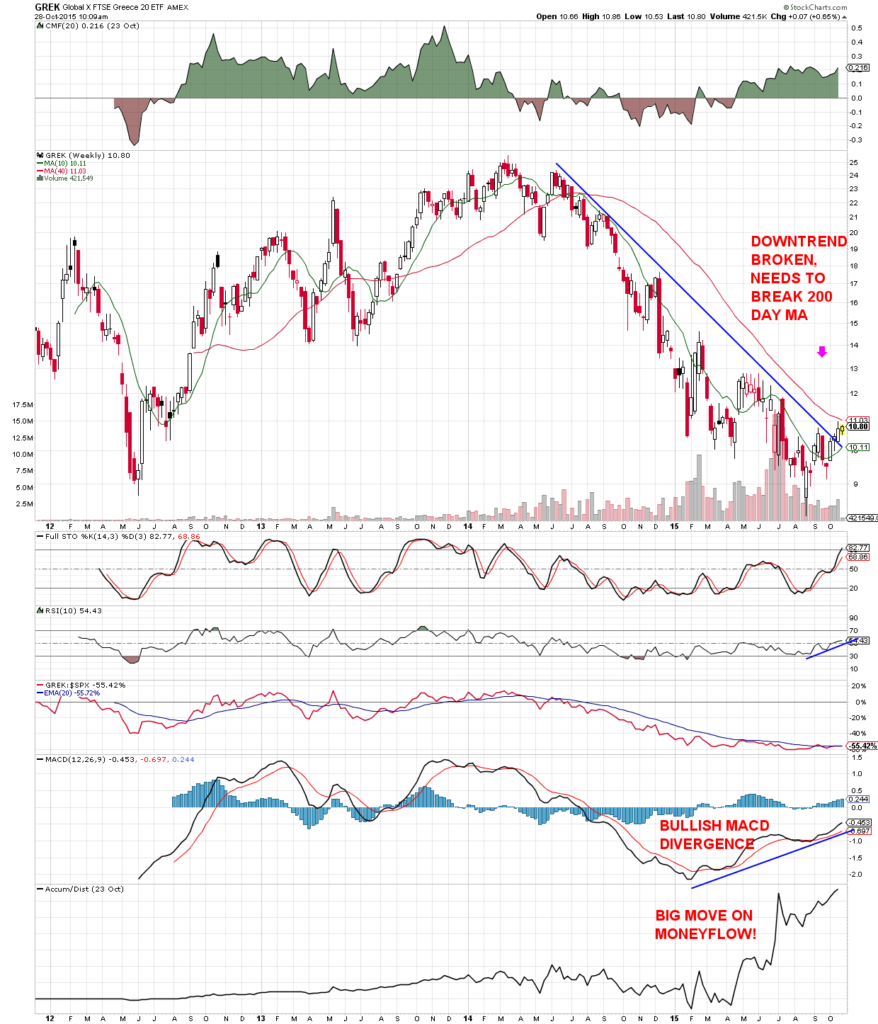 Some things that need to happen before GREK becomes a safer buy include:

I would not view Greece or this ETF as a long termed play. The country has a long history of anti-austerity, anti-capitalism and an attitude of pro-socialism and entitlement (something that our own country, while still a long way off from Greece’s socialistic attitudes – needs to guard against). As such, and as with everything on the market with this ETF’s kind of historical volatility, I view any potential opportunity in the Greek market as a temporary trading opportunity.

I own an older model Porsche. I like it because its a purist car - a true drivers car for those who want absolute connection to their vehicle. Manual tranny (essential for the purist driver) with a END_OF_DOCUMENT_TOKEN_TO_BE_REPLACED

As a contrarian, I rely at least to some extent on sentiment data. As the Templeton once said: “To buy when others are despondently selling and to sell when others are avidly buying requires the END_OF_DOCUMENT_TOKEN_TO_BE_REPLACED

We're into the home stretch, baby! Today's questions are being bundled together, given that they both focused on commodities. Before going to the charts, let me again thank all question-posters for END_OF_DOCUMENT_TOKEN_TO_BE_REPLACED