Home / China syndrome: are the good times over?

China syndrome: are the good times over? 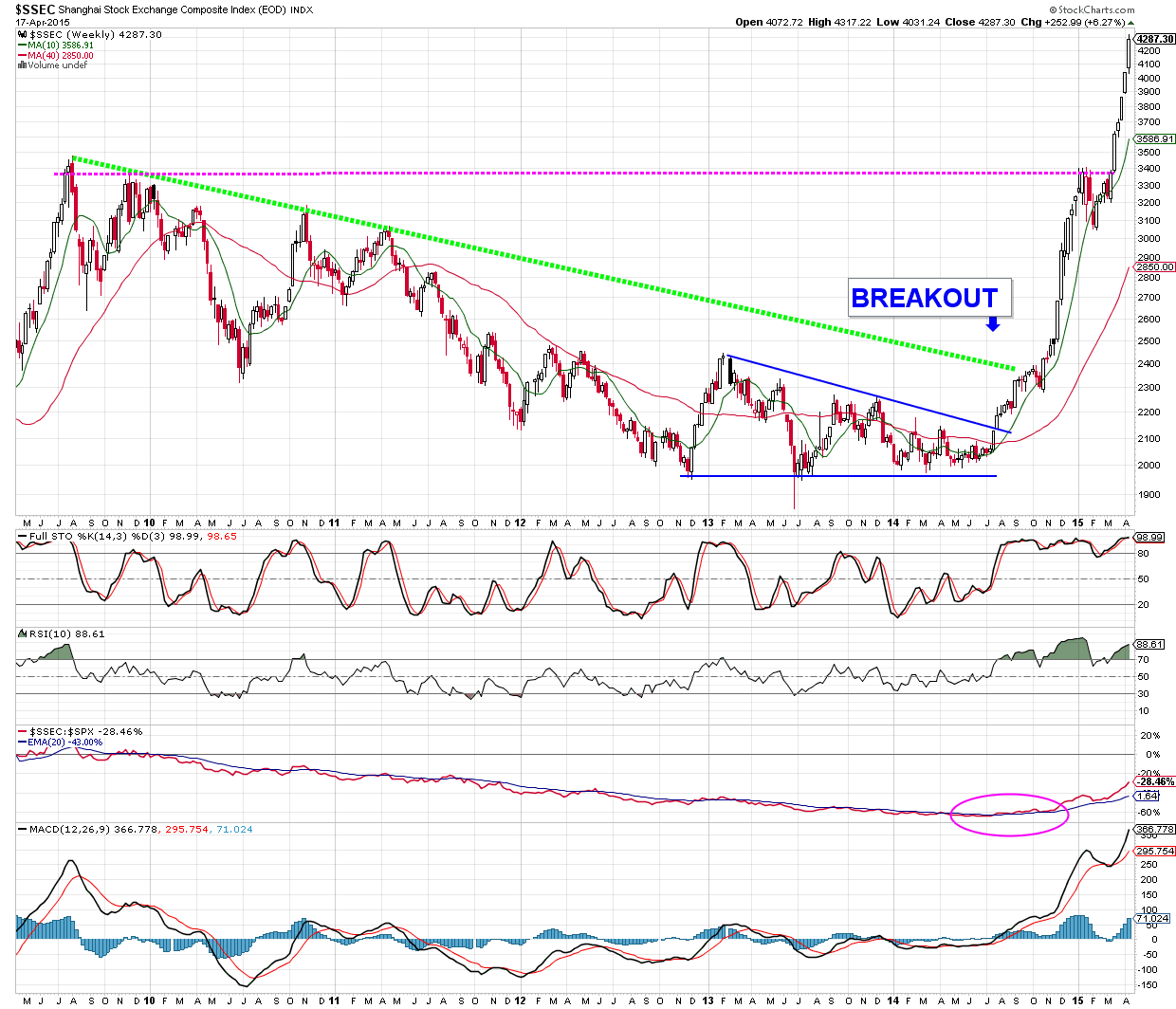 The China Securities Regulatory Commission created new rules on margin lending and promoted the use of short selling last week in order to curb, albeit not stifle their red-hot stock market. The measures are about “maintaining the healthy development of the market,” the CSRC said in the statement. “They aren’t intended to encourage short selling, let alone depressing the market…the market shouldn’t over-interpret the measures.”

Readers of this blog and Investors Digest/ MoneyLetter/ MoneySaver articles, as well as viewers of my BNN appearances are aware that we bought into Chinese ETF’s and individual stocks (along with Indian ETF’s and stocks) about a year ago for our ValueTrend accounts. The decision was a good one- China has been a leading market, which has helped push our performance ahead of the North American benchmark we track against. The chart and breakout noted above is the one I presented on this blog regarding the Shanghai exchange when I first recommended the position.

The question now appears to be – is the party over? I can only answer that question through my technical analysis discipline. Below is a chart of the iShares 25 China ETF, (FXI-US) along with the BMO China ETF (ZCH-T) that holds Hong Kong Shares. We hold shares of ZCH in addition to individual equity exposure on that market. 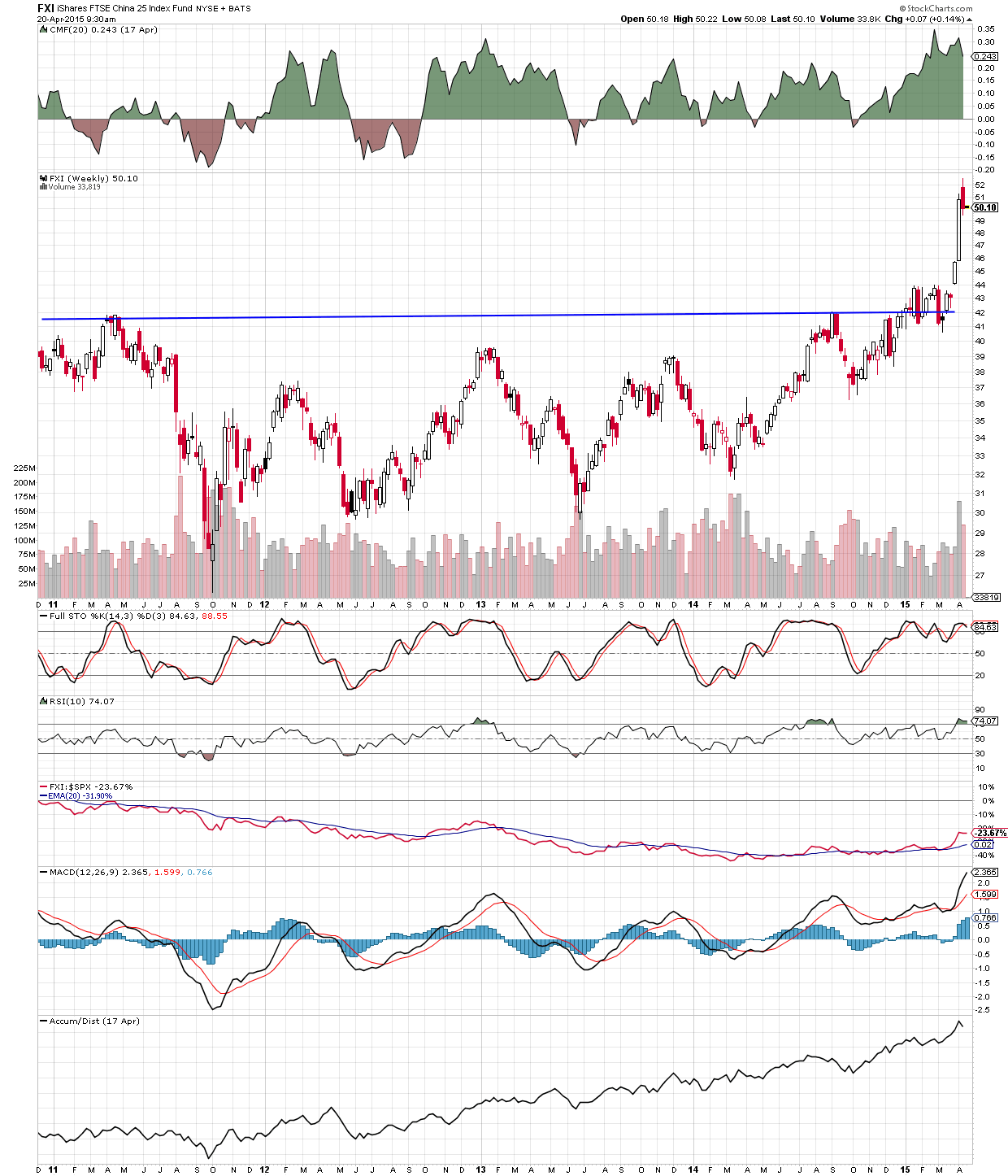 On the FXI chart above–note the 4-year breakout. The ETF went parabolic recently. Momentum indicators were screaming overbought. Common sense suggested that a pullback was overdue. However, the 4-year base breakout is a structurally massive movement. This chart suggests, beyond a bit more overbought profit taking, that FXI has more room to grow. A pullback to $42-44 support would present a likely buying opportunity in this ETF.

ZCH also broke out from a nice formation. This ETF trades only the “A” shares listed in Hong Kong. Thus, the ETF is considered a higher quality holding vehicle for less aggressive investors. ZCH broke out of a nice “Cup & Handle” bottom, followed by a similar rally to the FXI shares. This ETF was also quite overbought and overdue for a pullback. A pullback to $19 support may be reasonable for this ETF.

At ValueTrend, we’re not giving up on our Chinese holdings, despite the potential for a little more pullback. We view the North American markets as more vulnerable to weakness in the coming months, and have been selling select positions on the TSX and US exchanges. As noted in my last blog, we’ve been 27% cash for the past couple of weeks – with more expected in the near term. 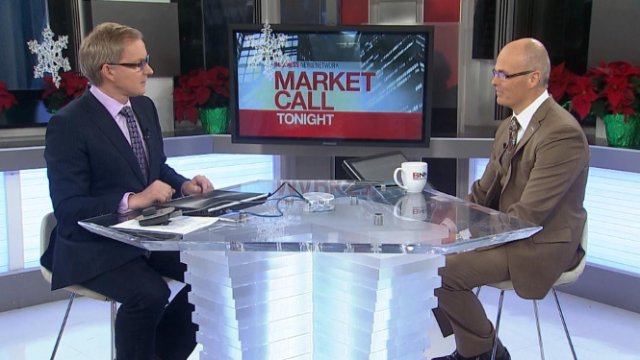