The Shanghai appears to be breaking out of its small triangular formation. This coincides with a break of its downtrend, and a nice pattern on the intermediate termed momentum oscillator (RSI) and MACD. Stochastics, the fast moving indicator, is overbought – but can remain so while the other two catch up. Comparative strength vs. the S&P 500 is pretty flat, but at least it is no longer under-performing the US markets. 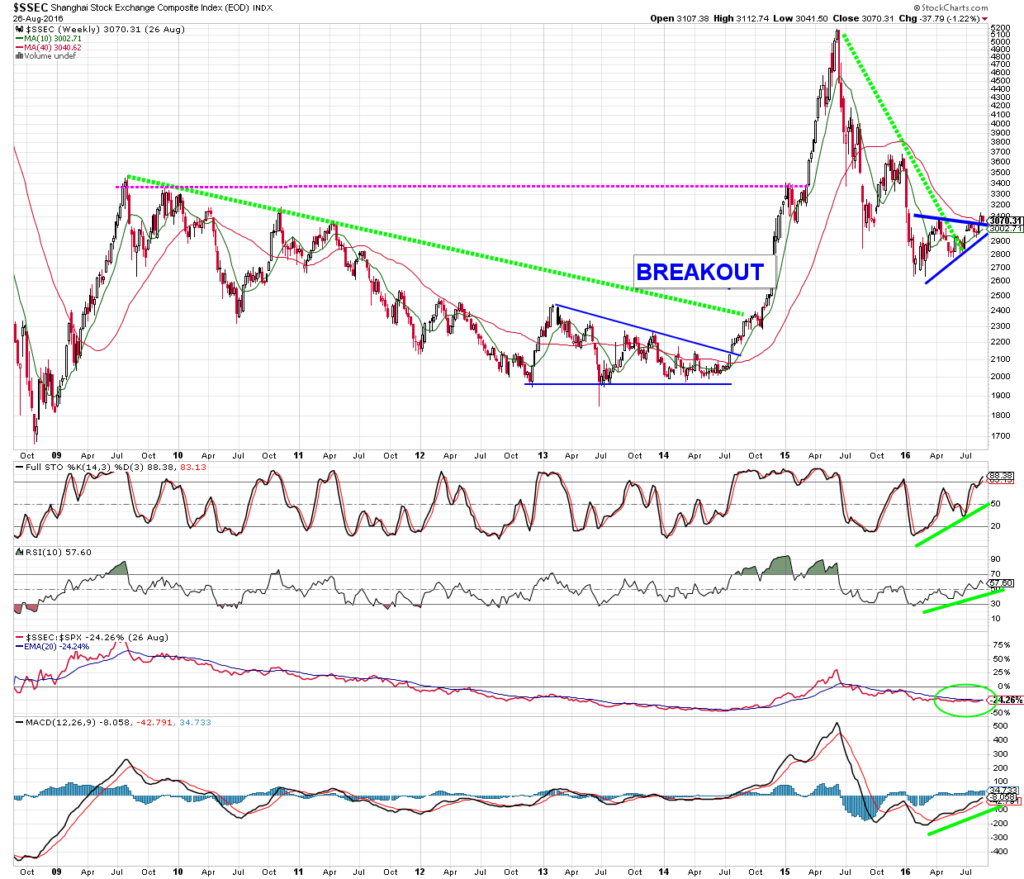 The Shanghai consists of both A and B shares – recall that A shares are generally considered of higher quality, given their typically larger market cap and supposedly better standardization of financial reporting. If you prefer to stay with the A shares, I have traded the BMO China ETF in the past (ZCH chart, below) which offer both currency hedging and A-share coverage. The triangular consolidation pattern has not broken on this chart and the downtrend has not broken. Probably best to wait for a breakout through about $19.50 before investing in this ETF. 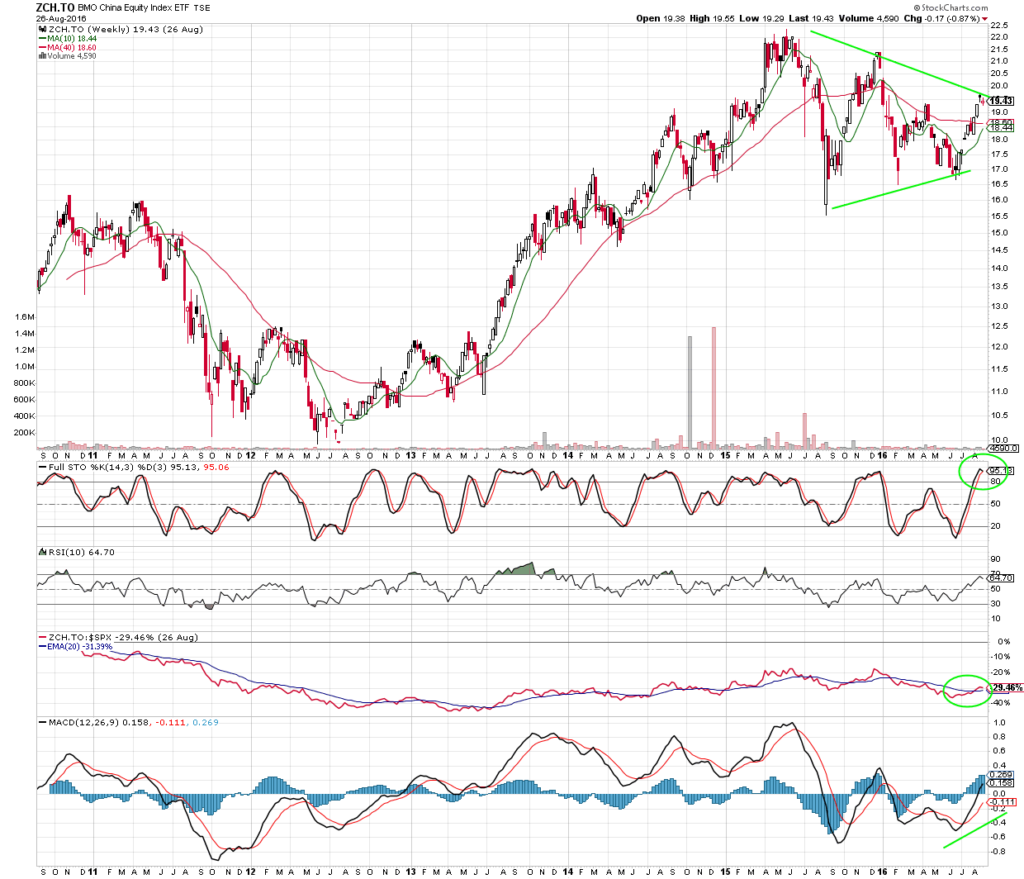 The Rio Olympics is finished and Justin Trudeau now heads to China this morning for the start of his official visit. BNN reports that “while the dispute over canola imports is expected to be a major sticking point, China’s energy investments could also weigh on the talks.”

While on that subject…

I had to pass this one on.

To set this joke up, you may have read an article in Macleans magazine a while ago called “Justin Trudeau is un-smart like me” – link below:

The story goes that Justin was discussing a minor earthquake affecting a small island off of Brazil during the Olympics. When being informed of this incident by his chief adviser Gerald Butts, he asked Mr. Butts if anyone was killed on the island during the quake. Mr. Butts replied “Just one Brazilian, sir.” Justin then proceeded to wail and fell to his knees in anguish. “Gosh, you are so very compassionate, Justin” said Mr. Butts.

Finally, Justin stopped crying and looked up at Mr. Butts, asking “Gerald, just how many people are one Brazilian?”

Anyhow, I will stick to my day job and leave comedy to the pro’s.

Have a great Monday!

Complete Video of Keith on BNN last week: Click here to watch it.