I normally focus on common stocks in this blog, but this week I’d like to take a look at an often overlooked segment of the fixed income markets. Preferred shares have priority over common stock on earnings and assets in the event of liquidation and often, although not always, have a fixed dividend. Further, they do not offer the voting rights a common stock does. As such, they are best classified as fixed income securities. While they do have some relationship to the movement of common stock prices and the stock markets, preferreds are generally lower in volatility than their common stock counterparts, higher yielding, and quicker to recover after a market correction. Case in point, the Canadian preferred share market bottomed in late 2008 during the financial crises, and recovered to their full 2007 highs by 2010. Conversely, the TSX has yet to fully recover to its 2008 highs, and even the US stock markets did not revisit their 2007 high price levels until this year (6 years!). So, preferreds are not without volatility, but certainly can be viewed as reasonably stable if held with a timeframe of a few years.

Right now, preferred shares, as illustrated by the iShares S&P TSX index Preferred Share Index ETF are approaching a zone of support—note the box I’ve drawn on the weekly chart. The 3-year trendline has been broken, suggesting that there is not much capital gain left in preferreds – but most buyers of these securities are generally using them to diversify a portion of their fixed income portfolios, not to realize capital gains.

The daily chart illustrates a break in the moving averages which support the trendline break noted above. Stochastics and RSI are oversold and hooking up—a positive sign. On the bearish side, MACD is not hooking up at this time. For fixed income investors looking for a reasonable entry point into preferred shares, that time appears to be approaching. 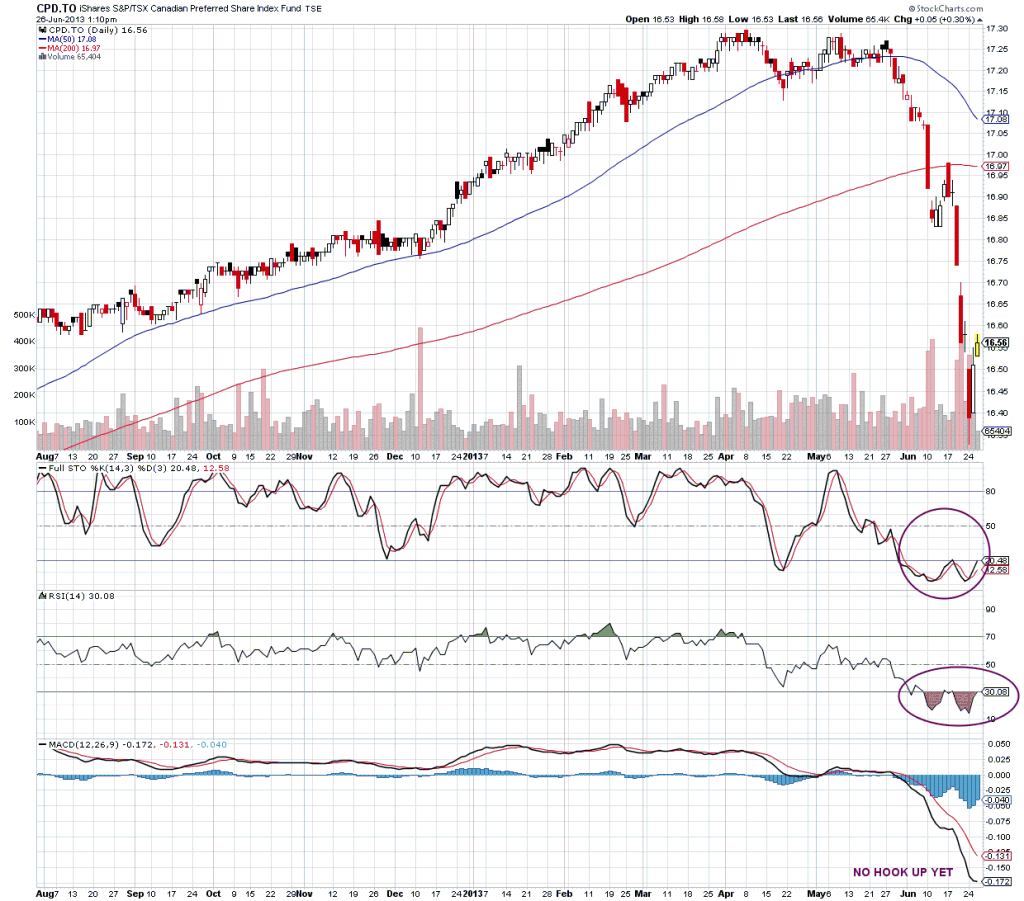 The Bear-O-Meter, which I introduced in late May to readers of this blog (https://www.valuetrend.ca/?p=2178) was reading bearish-neutral a month ago. As noted in May, risk was increasing and the environment was becoming “moderately bearish”. The reading proved to be accurate, as things did deteriorate shortly thereafter. Currently, the reading is an even more bearish 2, indicating further caution towards US markets. While seasonally you will often see a rally in the first couple of weeks in July, one should keep in mind that the mid-termed indicators that comprise the Bear-O-Meter are signaling caution for the months ahead.

As a reminder, the Bear-O-meter was not designed to provide precise timing signals. Instead, it is a tool for indications of the risk/reward profile of the markets. The indicator is a compilation of weekly breadth, trend, sentiment, value and seasonal patterns that I have been using over the years, combined into one easy to read market health gauge. 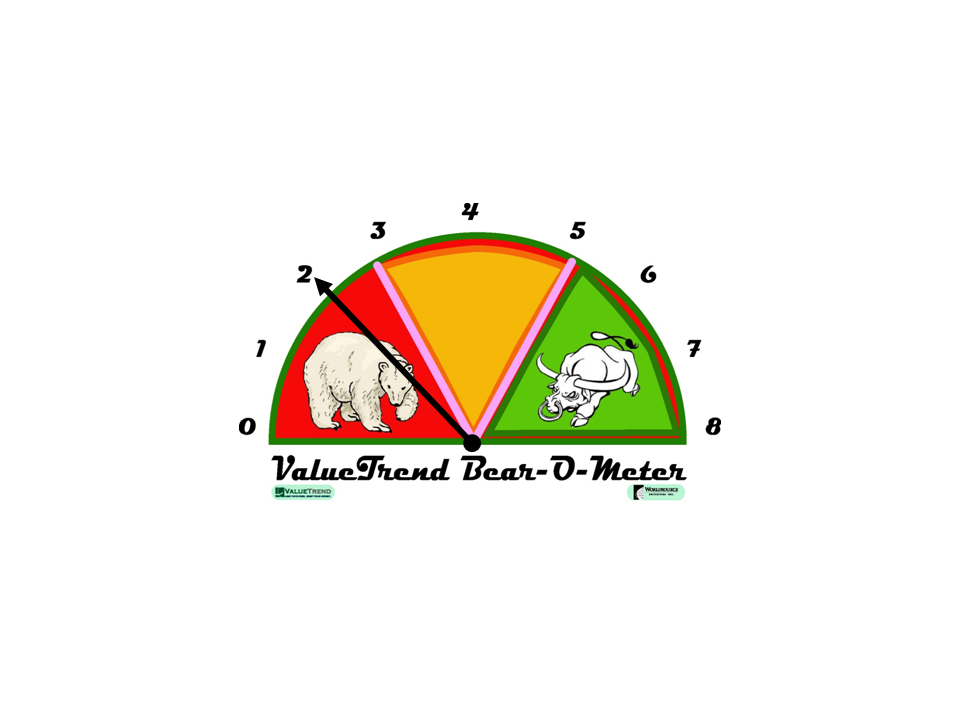