Home / Can the Nikkei keep going?

Can the Nikkei keep going?

I noted on my March 4th blog that the Nikkei looked bullish, especially if it passed its resistance point at around 12,000. Since that point, the Nikkei has been on a tear, now sitting at around 13,000. You will note on the chart that there isn’t a heck of a lot of resistance ahead for this index.

Next major point of resistance is around 17,000. Will the Nikkei get there? Well, I do feel somewhat bullish for the near termed outlook of the Nikkei. The recent “QE” program introduced by Japan’s Fed may indeed run the market to the 17,000 former resistance. Further, the,index is relatively non correlated to the S&P 500, so a spring pullback in North America doesn’t necessarily hurt their markets.

An inverted hammer on the daily chart might suggest caution for the Nikkei in the near term, but momentum is not yet overbought or rounding over. For the time being, stay with the Nikkei if you are long, and look for a possible pullback with new money.

Somebody asked me about the long term cycle on the commodities basket that I mentioned on BNN last Friday. Below is the chart, courtesy Horizons Betapro. As you can see, it accurately predicted the commodity top from over a year ago, and it’s likely that commodities in general may be weak over the coming years. Can stocks rise in a falling commodities cycle? Well, perhaps the TSX will struggle, but stock markets that are less dependent on commodity pricing will do fine. Case in point, the last commodity peak was in 1984—which lead into the greatest bull market we’ve seen. The TSX did rise in that period, but the S&P500 rose faster. 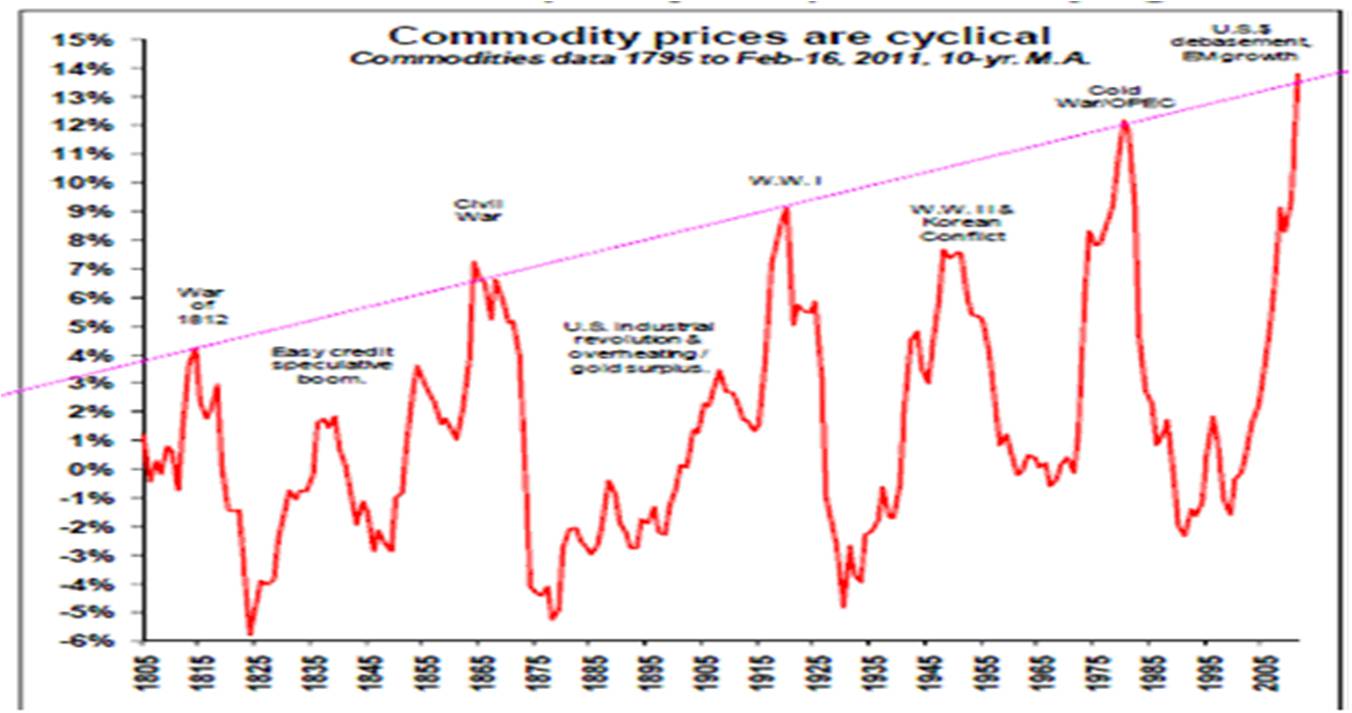