What a difference a week makes. Just last week, virtually every brokerage house had APPL as a buy, most with targets of $600 or higher. Carl Icahn (the infamous hedge fund manager) likes the stock–and he’s a smart guy, isn’t he? Technically, the base and breakout, seen on the chart below, was inarguable. Thats what I call a “Phase 1” breakout, if you’ve ever read my book Sideways.. For those who like MA crossovers, we even got the 50-through-200 day MA “golden cross” recently. This stock looked good, baby!  But then, the stock gapped down after Apple announced its rather mundane new phone products. Nothing really new beyond some colours, and no price reductions worth mentioning. 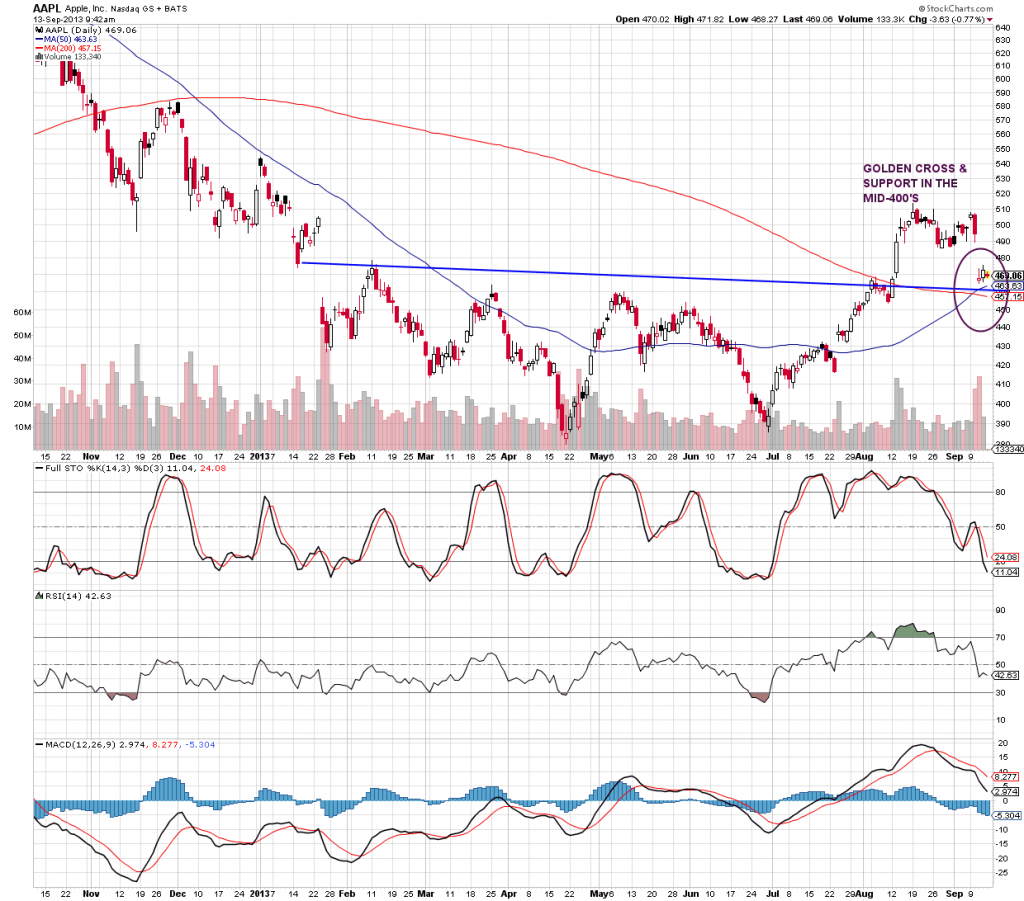 Does APPL still look to be a winner? Technically, its still above its base breakout, which was near $460 back in early August. I’d have to say that if you are long the stock, stay with it for now. If it breaks $450 (a bit below the breakout), think about selling. Fundamental factors that may be of concern are the companies high pricing vs. competitors, its declining market share and its so-far rather dumb approach to trying to break into the emerging markets with an expensive phone.

Positives for the company are its high profit margin and customer loyalty in existing markets, and potential future announcements for innovative gadgets like the watch (phone) and others. Technically, as mentioned above, its still above its breakout point. And, it could fill the recent $30 gap to the upside in a hurrry if market players become bullish. Meanwhile, I’d like to see the current neckline ($460) hold for the stock for the next few weeks before I initiate a buy. I dont hold the stock right now. But I did type this blog on my Mac Air, for what its worth.