Home / Bonds and the dollar

Bonds and the dollar

I was on MarketCall Tonight on Monday during the big storm. The show went over well, despite a massive power outage — thank goodness for power generators!

Here is a link to a Globe & Mail article by Keith: here.

Bonds and the dollar

The US long bond, as illustrated by the TLT ETF (20 year Treasury) is toying with technical support right now. Momentum indicators are not yet hooking up, but they are getting closer to an oversold condition.

Perhaps the fundamentals support an oversold bounce. Daniel Indiviglio wrote an interesting article in the Globe & Mail suggesting that the Fed isnt likely to pull back aggressively from its QE stimulation, given misleading job stats (he shows that broad unemployment actually jumped in May, as opposed to declined) and weak GDP growth (concensus is for 1% GDP growth for Q2 vs. 1.8% in Q1). Here’s the link to his article: here. 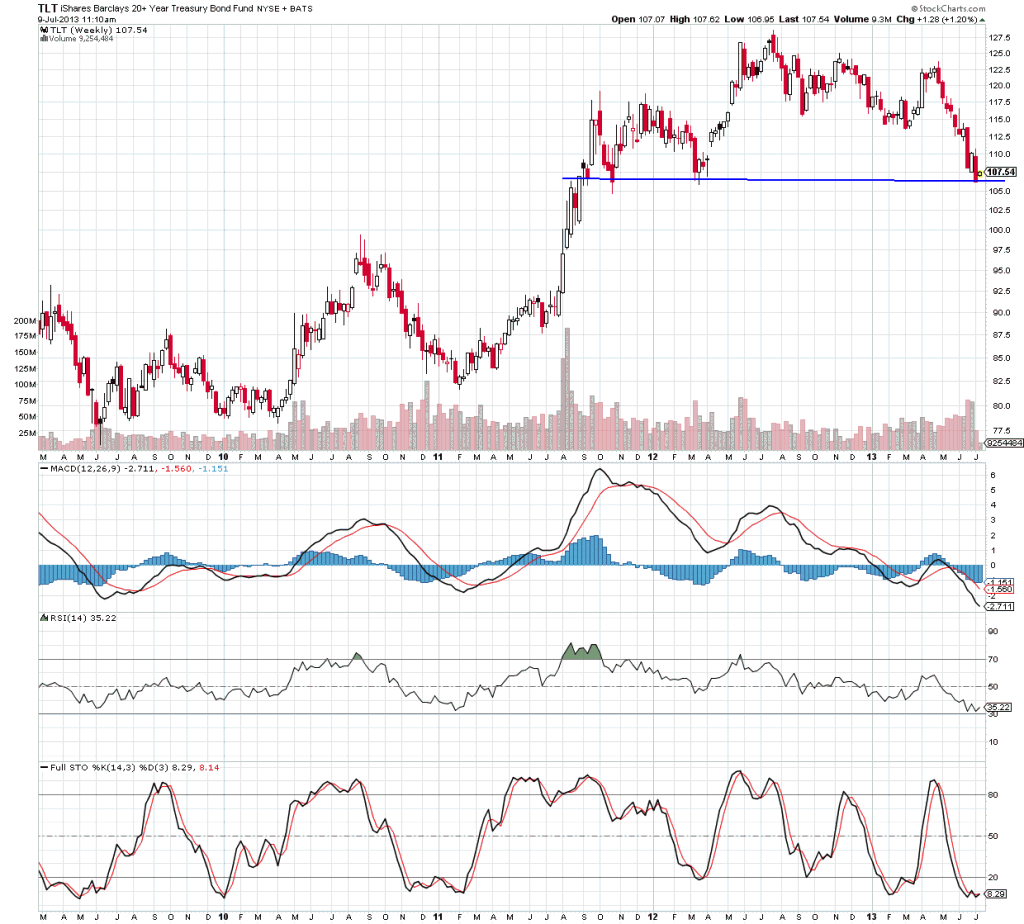 Meanwhile—the long treasury yield (illustrated on the 30 year treasury yield chart below) is entering into an area of technical resistance- another sign of potential stabilization (for now) in the bond markets.

While I couldn’t find a Canadian long-bond ETF to chart, the iShares XBB units have a duration of about 10 years, which suits the purpose here. This ETF illustrates that Canadian bonds are also approaching support and oversold, although the oscillators are not hooking up yet.  My conclusion regarding U.S. and Canadian bonds is that there is some potential for an oversold bounce coming on these securities. While indications are not yet suggesting such a bounce will occur immediately,  potential for a bounce has been increasing lately. 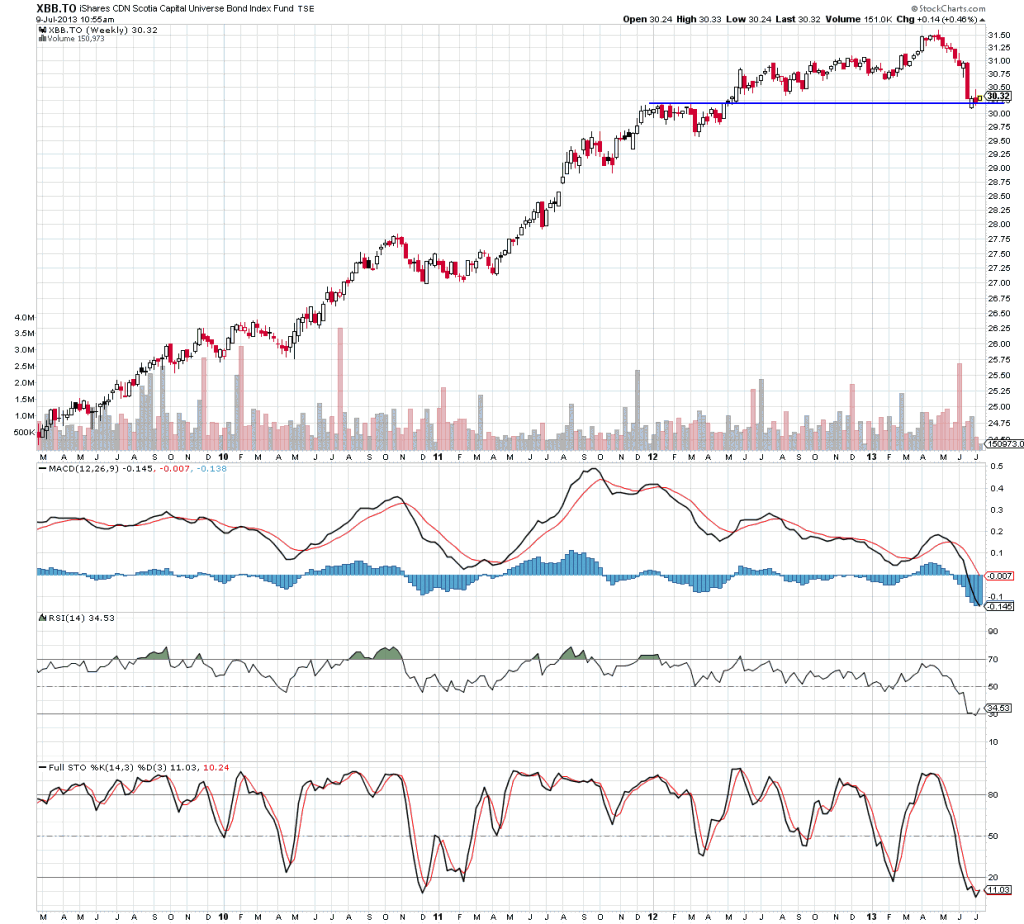 The Canadian dollar, as it relates the USD, is also approaching its downside target. A breakdown from the large symmetrical triangle brought it back to 0.95-ish.  Target remains 0.93 – 0.94. Its oversold on the daily chart (not shown) according to most of the oscillators, so could bounce as high as 0.97 this summer. Beyond the potential for such an oversold  bounce, the CDN$ continues to look uninspiring. Downside weakness beyond the 0.93 target zone shown on the chart is possible – although my thoughts are for continued support in that area.