Another “Bits n’ bites” blog today. As I am prone to do on occasion, today I will post a variety of charts, market insights, and musings that you, the good readership, may find useful in your investment analysis.

October – the month of most bear-market bottoms

This chart is courtesy of Brooke Thackray – seen in his recent newsletter. As you will see, October is by and far the most likely month for a bear to end. But that doesn’t guarantee that it will!

March is also a strong month for bear bottoms. 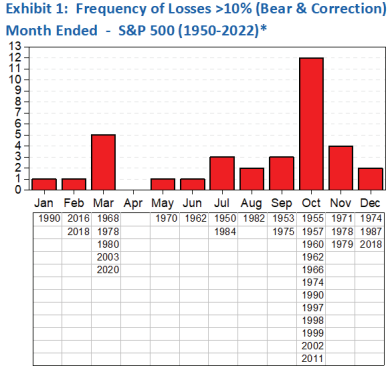 Follow-up to my oil blog

In my last blog, I presented a case for the potential of a rally in oil over 2023. One of the primary reasons behind this stance was my rather poignantly critical observations of the current energy policies by NA governments – including the US’s politics behind releasing the SPR’s (Strategic Petroleum Reserves) before the mid-term elections. Right after I wrote the blog, the following story came out on Wednesday’s Seeking Alpha market update. Please pay particular attention to the final quote by the Saudi’s oil minister highlighted in bold  (!!) – this falls EXACTLY in line with my message on the blog:

Saudi Arabia has fired off a warning shot aimed at the U.S. as a high-level standoff over crude oil and supply agreements goes public. Prince Abdulaziz bin Salman, the Kingdom’s oil minister, accused unnamed countries of using their emergency oil reserves to “manipulate markets rather than helping with shortages of supply.” The remarks come after the Biden administration authorized the release of another 15M barrels of crude from the U.S. Strategic Petroleum Reserve as it tries to curb elevated gasoline prices in the wake of production cuts from OPEC+.

Quote: “It is my profound duty to make it clear to the world that losing emergency stock may become painful in the months to come. Running out of capacity has a much dearer cost than what people can imagine.” 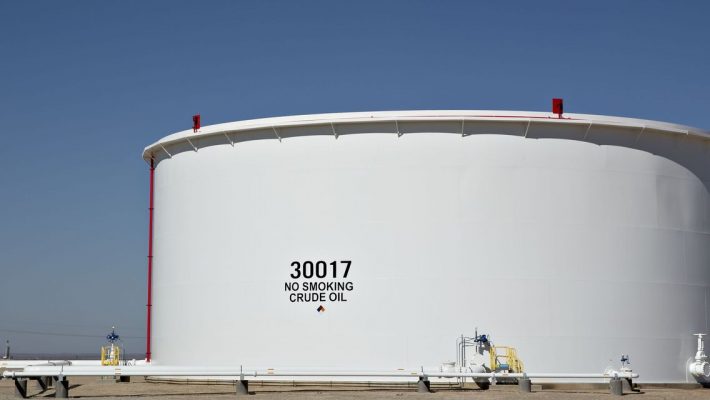 BearTraps Analysis of rate hikes and US dollar

This is from a BearTraps research report:

The dollar index is up near 20% on a year-over-year basis. Throughout the past few decades, this has consistently led to credit crises, normally outside of the United States. This speaks to the rising pressure on the Fed to diverge from their tightening path. The market is already beginning to price this in…

“Just” 50 bp’s in December is more likely than 75…. And the market has “learned” that return to normalcy means not only smaller moves  aka 25 bp’s but back to quarterly...

Ukraine conflict escalation seems closer. Could get much worse in a couple of months.

“Russian President Vladimir Putin is pursuing his war aims in Ukraine with a “religious” fervor and is unlikely to change course even as his eight-month invasion is beleaguered by setbacks, Estonia’s spy chief said. Mikk Marran, Estonia’s outgoing espionage chief, said that the Baltic nation’s intelligence indicated that the Russian president isn’t having second thoughts about the conflict, despite the lack of strategic accomplishments and a firmer line from an expanded NATO. “He’s still on a kind of a religious or a Messianic mission — and we see that Putin is preparing his country and its army to continue fighting for a long time,” Marran, 44, told a group of reporters in Tallinn on Tuesday.”

The 4 Phases of the Stock Market – ValueTrend 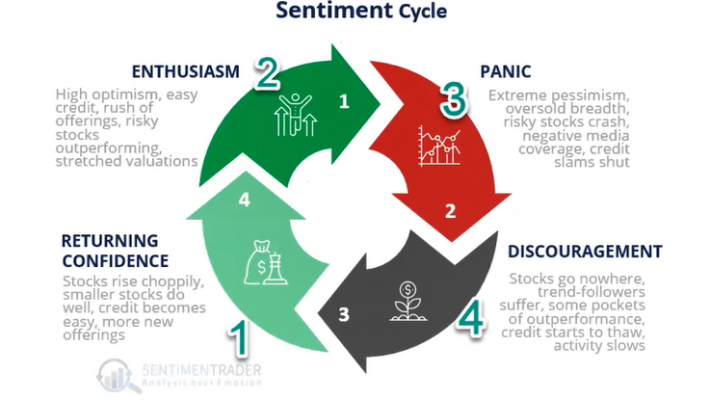 The Kondratiev cycle is a controversial, and theoretical 50-60 year cycle consisting of the typical rise, top, decline, bottom phase that occurs in any cycle.  I refer to that pattern my books and Online Course (4 phases of the market). You can learn more about Kondratiev here. While I do not follow the theory closely (given that my view is that of a mid-termed trader), its interesting to know. I will refer to someone who does follow the theory for some thoughts:

David Chapman, who I interviewed in a recent video, suggests in a recent report that the cycle is pointing towards sectors that I have been talking about as leading investments for the coming years.

“Regardless of the differences in interpretation, we… agree that we have embarked on a new Kondratiev wave…..All previous summers of the Kondratiev wave cycle have shared similar characteristics. If we are correct that we are in the summer of the cycle, we should see continued inflation/stagflation, weak economies, weak stock markets, rising commodity prices, and rising gold prices. Some of these are not currently being seen, but none of that suggests that they won’t. Being armed with a bit of knowledge of how things might unfold going forward will help one in planning on how to deal with the coming difficult period.” 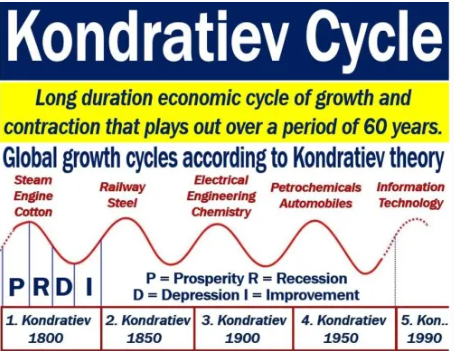