Some of you may have read my blog on inflation protection last week. Click here if you missed it. Tied into that blog are some words by one of the most influential economic commentators in my life.  I am an Ayn Rand philosophy fan. Having read all of her books – I am regularly drawn to the observations she made during her most prolific years as a writer – and her timeless comments regarding government policies. Here’s a quote a friend sent me that covers Rand’s views on inflationary influence by governments. It ties directly into my observations made in last weeks blog regarding MMT spending by governments. Rand made this observation about 60 years ago:

I put this chart together to help answer the question. The red line is Bitcoin, the black line is the seasonally adjusted CPI (aka inflation). The correlation of the two is in the pane just below the price chart. Remember, the closer to 1.00, the more correlated Bitcoin is to inflation. Keep in mind that Bitcoin is pretty “new”- and the charts are not reflecting a ton of historical data to compare inflation with it. But, we can look at what is available.

As you can see, inflation and Bitcoin are reasonably well correlated, given the small data set we are looking at. 2019 saw that relationship falter.  Bitcoin had a correlation of around 0.80 most of the time since 2017 – meaning that its about 80% in sync with inflations direction. If they are moving together it means that Bitcoin is doing its job keeping up with inflation, albeit in a roller coaster pattern. That volatility in Bitcoin is pretty hard to take for most people! Again – we’re only talking 5 years of data so its hard to be too conclusive about the relationship. 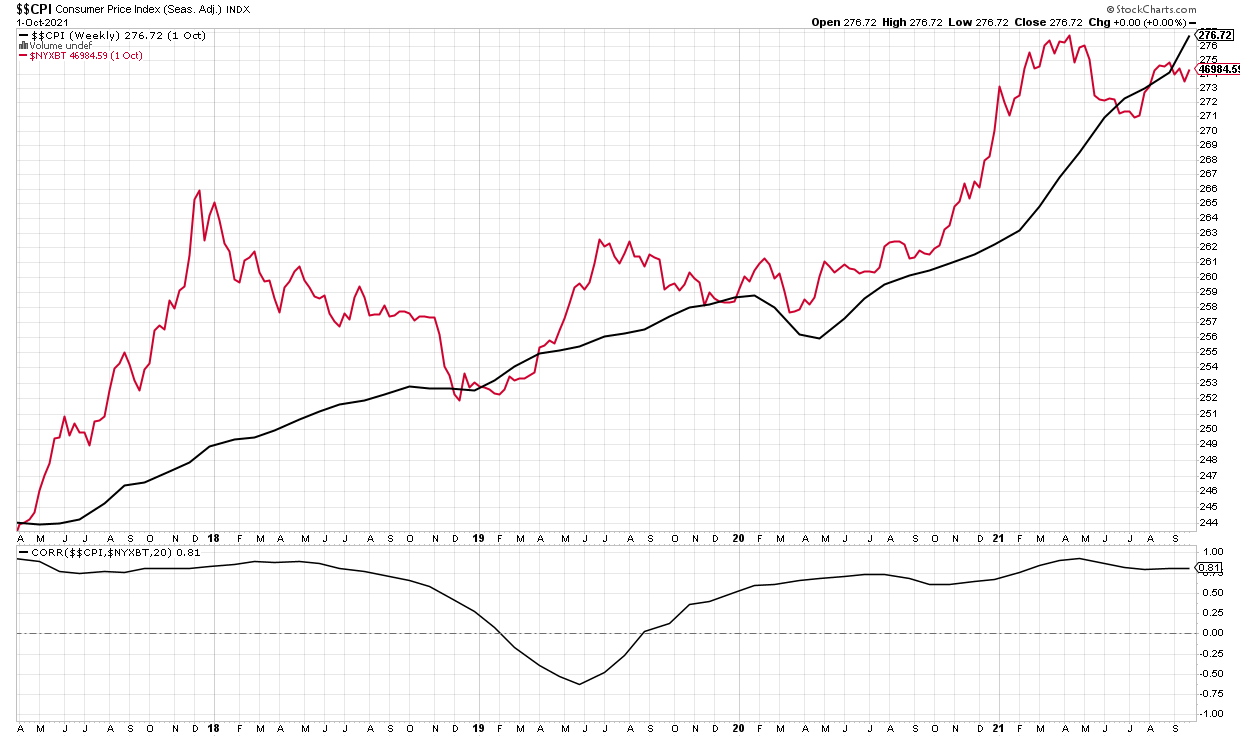 One final thought: I also would encourage anyone interested in the subject of inflation to watch a video presentation featuring Economist Dr. Lacy Hunt. Or you can listen to an interview with Dr. Hunt on the Seeking Alpha podcast here. On that site, the transcript is available. Basically, Dr. Hunt suggests that we are in a dangerous debt trap.  He suggests that the danger of the insane government spending and debt is less about inflation than it is about deflation! While I am on the inflation side of the fence…its always good to get another viewpoint. In either case,  (inflation vs. deflation), per Dr. Hunts observations – current government spending will lead the economy into much lower growth.

Don’t forget that I am involved with a stock picking discussion panel and a separate webinar on contrarian investing with the Money show. These events are taking place on December 1 & 2. You can click here for more information and to register at no cost for either or both of my appearances. 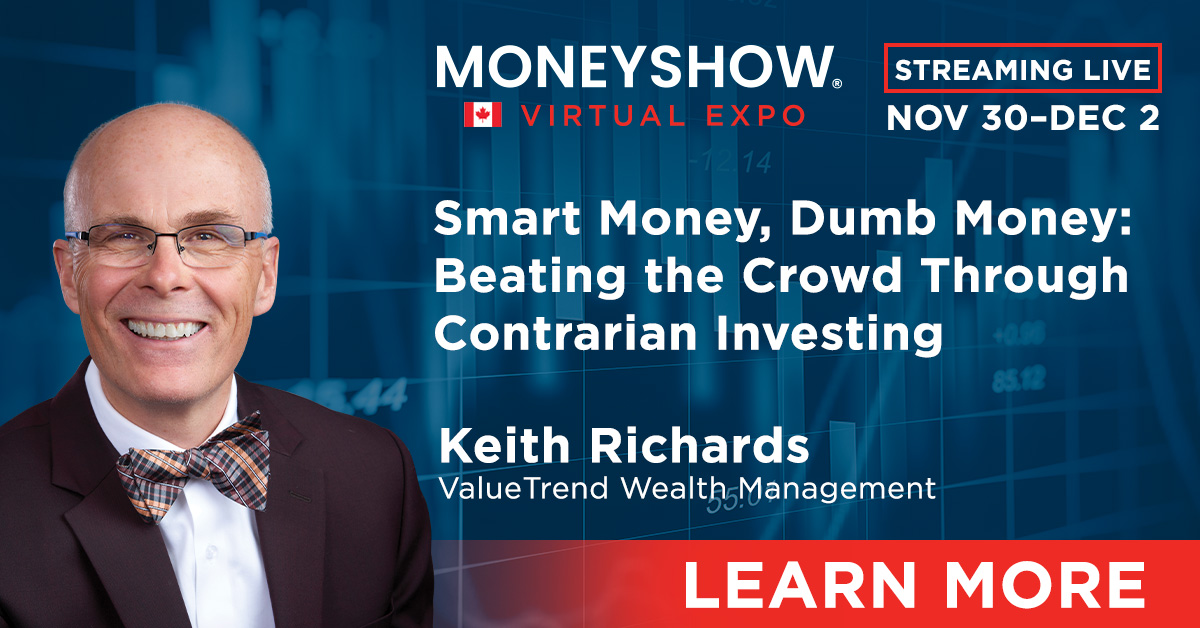