Home / Big tech is consolidating, but the game isn’t over

Big tech is consolidating, but the game isn’t over

We’ve owned our share of tech stocks in the past. In fact, we still hold MSFT in our ValueTrend Managed Equity Platform. Having said that, we peeled back our tech exposure a couple of months ago by selling GOOGL and AMZN. Although we had owned GOOGL for some time, our indicators suggested it was overbought at the time—as was Amazon.  Quite frankly, so was most of the tech sector. Our decision to sell out 2/3rds of our holdings in the sector was based on a massively overbought situation AND a weakening USD at the time. I mused about the timing of such a sell, if any at all, back in June on this blog.

Glad we did sell.

As has happened in the past with these stocks, the FANG group and other leading stocks looks to have entered into a period of consolidation. Rather than worry about this development, we are beginning to watch for a re-entry point. Below are some charts of the more prominent tech stocks – although the list is nowhere near comprehensive. I’ve made some notations, and added some thoughts on those stocks in the notes below them.

The Google chart shows us how this stock has gone through many periods of consolidation since the 2008 crash. There was a two year triangular consolidation from 2010, then a flat consolidation from late 2013 to mid 2015—which lead into another flat consolidation into 2016. Note that these consolidations are usually a year or more in length. We’re probably due a period of sideways movement – and the chart indicates that period may have begun. During periods like this – you want to buy from a bounce off of support. The weekly chart above doesn’t allow for much detailed analysis, but if you were to put up a daily chart you’d notice that the current floor for GOOGL is around $920 or so.

The Amazon chart shows us that the pauses are typically more of a pullback within its trend rather than a longer termed consolidation period. The bad news is that you get fairly aggressive pullbacks on this stock periodically. The good news is that they’ve been short lived.

Right now AMZN is finding support at around $930 – a bit above the 40 week (200 day) MA lies—which is around $920.  As you will see on the chart, the MA can be broken—so perhaps its best to look for trendline support –which I’ve drawn on the chart. The stock broke its black trendline in 2014, but in the other pullbacks its experienced since the 2008 crash it’s found relatively good support on that trendline. The trendline is at about $850 right now. So in my view, if AMZN can hold its current low-$900’s MA support levels before the tech seasonal period hits in October, that’s a good entry point. If it breaks the MA, look for a test of the black trendline in the mid-$800’s before buying.

FB has been supported by its 40 week (200 day) MA since its IPO in 2012. The stock is about $12 over that MA right now. Give it a bit and see if that is tested before the October technology seasonal period starts.

NFLX has seen the least amount of damage in the tech consolidation of late. Except for 2014, it tends not to consolidate – it likes to sell off or move up. Note the negative swings when it does pause—particularly that of 2011. One to keep an eye on in such an event. It can get ugly.

The 40 week MA works well in identifying trends and consolidations on the AAPL chart. Apple tends to trend up or down. No consolidations to be seen on this chart. Given the higher highs and lows on this chart of late – despite the recent pullback – it’s considered to be in an uptrend. So long as the stock stays above the 40 week MA and stays above its last low – which was pretty much exactly $140 – this stock would be a “buy” on a test of its 40 week MA. 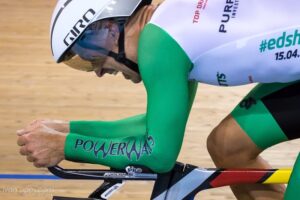 Some of you know that I race bikes here and there, and have trained under Ed Veal (Canadian cycling icon) for a few years. Ed never gives up. Despite setting the all time Canadian record for the hour record 2 years ago, he decided he’d go for the world record for men 40-44 years 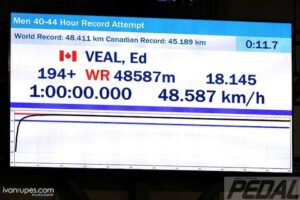