Back in the late 1990’s, I wrote my final exam for my CMT designation. One of the questions on that exam had a chart of the DJIA with relevant volume, candlestick bars, etc. The exam asked for the student (me) to provide an analysis on the DJIA with some potential projections. It’s funny when I look back at that moment, because up until the exam, I hadn’t noticed that the Dow looked to be in an expanding pattern. Yet, there I was in the middle of the most important exam of my professional life – and I’m suddenly realizing that the Dow was demonstrating an expanding pattern! Thus, I wrote an entire breakdown of the evidence to that observation and my projections for the Dow. That expanding pattern – so suddenly recognized in the middle of a classroom examination – correctly predicted the 2000 – 2003 bear market.

If we look at the current DJIA chart, we will see an unclear picture – insofar as an expanding pattern. The most recent high – set earlier this year – is NOT higher than the high set last October. This probably negates the potential of the Dow forming an expanding pattern.

The NASDAQ composite also had a marginally higher high in May – qualifying it to be in a rough expanding pattern as well.

So too does the TSX 300 – in fact, it looks to be the best example of this pattern amongst our three examples.

All of these charts do show expanding volume for the initial 2/3rds of the pattern – which tends to be one of the signs of the “legitimacy” of most price patterns. For those interested, expanding patterns are actually kind of rare. They are considered as bearish predictor. My theory behind their predictive powers is that –  if the market is progressively swinging so wildly from bullish to bearish – it is a sign of confusion. Such a pattern – when it occurs at the end of a long bull market (such as it did in the late 1990’s – and today) often leads to a bear market. Market participants are telling us, through their paranoid bull/bear swings, that they question the continuation of the long bull market. No confidence = no bull market.

I wouldn’t take this observation as a sign of my conviction that we are at the end of the bull market. Mostly because the expanding pattern doesn’t seem to be expanding in new highs as aggressively as the pattern typically displays. Having said that – the timing of the pattern, if it is indeed “legitimate”, might be not right. We’re about one decade into the current bull market. The 100 year Dow chart below shows us that its usually about 20 years from trough to peak for bulls. The only thought to suggest the potential of the current bear market coming to an end is the observation of the parabolic markets in 2017 (which I ranted on endlessly on this blog whilst it happened!!). Note that every long termed consolidation (aka the 1970’s…2018 – present) OR bear market (late 1920’s, late 1990’s, 2008-9) was proceeded by such a parabolic move on the markets. So, we’re set up from that parabolic move, and there is that rough looking expanding pattern. 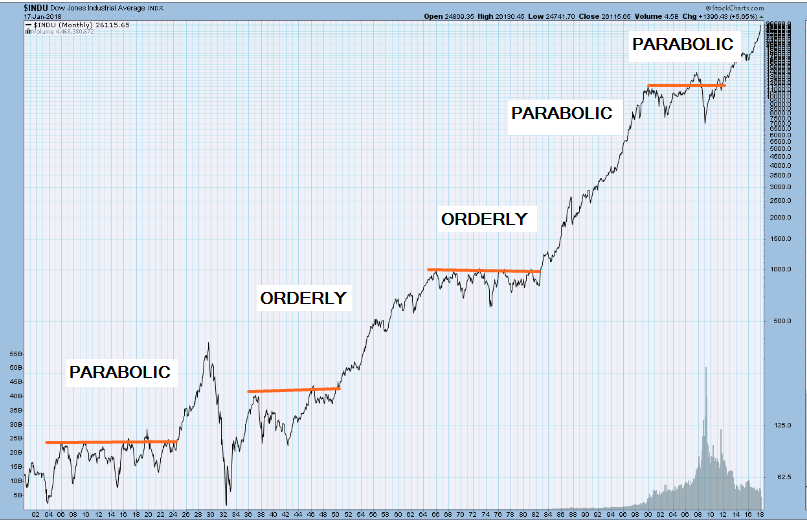 I’d love to hear your take on all of this. Are we in for a storm, or is this just the pause that refreshes? Please comment below.

Tune in to  Bloomberg/BNN to catch Keith live on their premier call-in show, where viewers like yourself can ask my technical opinion on the stocks you hold. 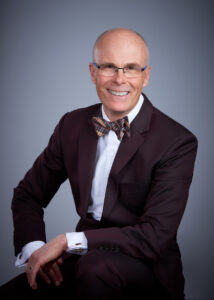