As noted on this blog the market is ripe for a near termed rally. Yesterdays Boxing Day blip pushed the Dow up 1000 points. But I note on today’s futures that the market looks to open lower – this, after the largest boxing day rally on record. As I projected on my Friday Bloomberg BNN appearance I feel the S&P will get into its former support zone in the low-mid 2500’s on the current rally. The chart below shows us just how oversold markets have been (short termed timing model). 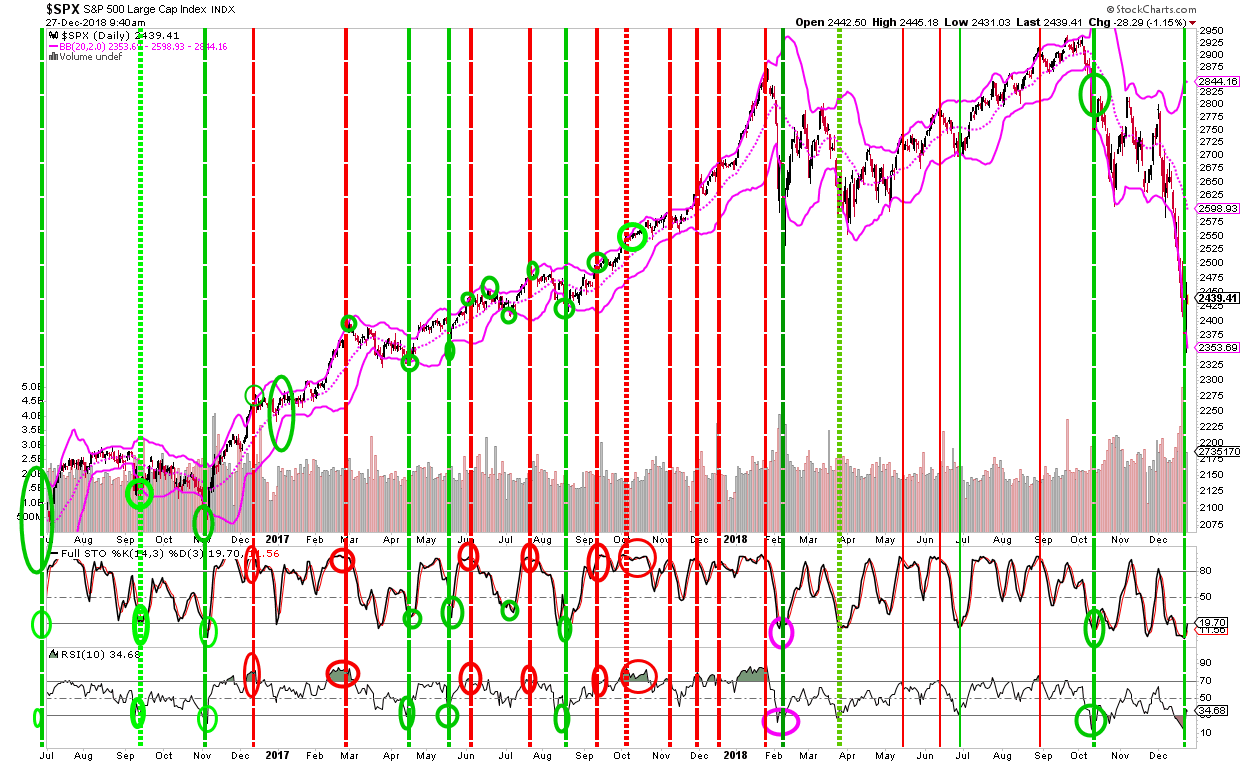 If the market can break above 2540, it will be back into a consolidation pattern, which had been in place since January 2018. However, I believe the odds are slim for a return to a sideways contained market. I am convinced we have entered into a bear market.

As noted on prior blogs, I have felt that there was at least some potential for the market’s low volatility/ parabolic movement in 2017 to be a “5th wave”. The term 5th wave comes from the Elliott Wave Theory of a 5-wave major trend. Each wave has a characteristic, the 5th being the last of those market stages. 5th waves are characterized by speculation, low volatility, concentration in leadership, irrational behaviour of investors and a parabolic move off of the longer trend line. 2017 did seem to illustrate all of those conditions – given the concentration and enthusiasm surrounding FANG and related stocks. In fact, I suggested on a blog in late October of 2017 that we may have been in the 5th wave of the market cycle. I strongly recommend you visit that blog to get a basic understanding of how the EWT waves work.

Armchair Elliott Wave: The macro postion of the market | ValueTrend 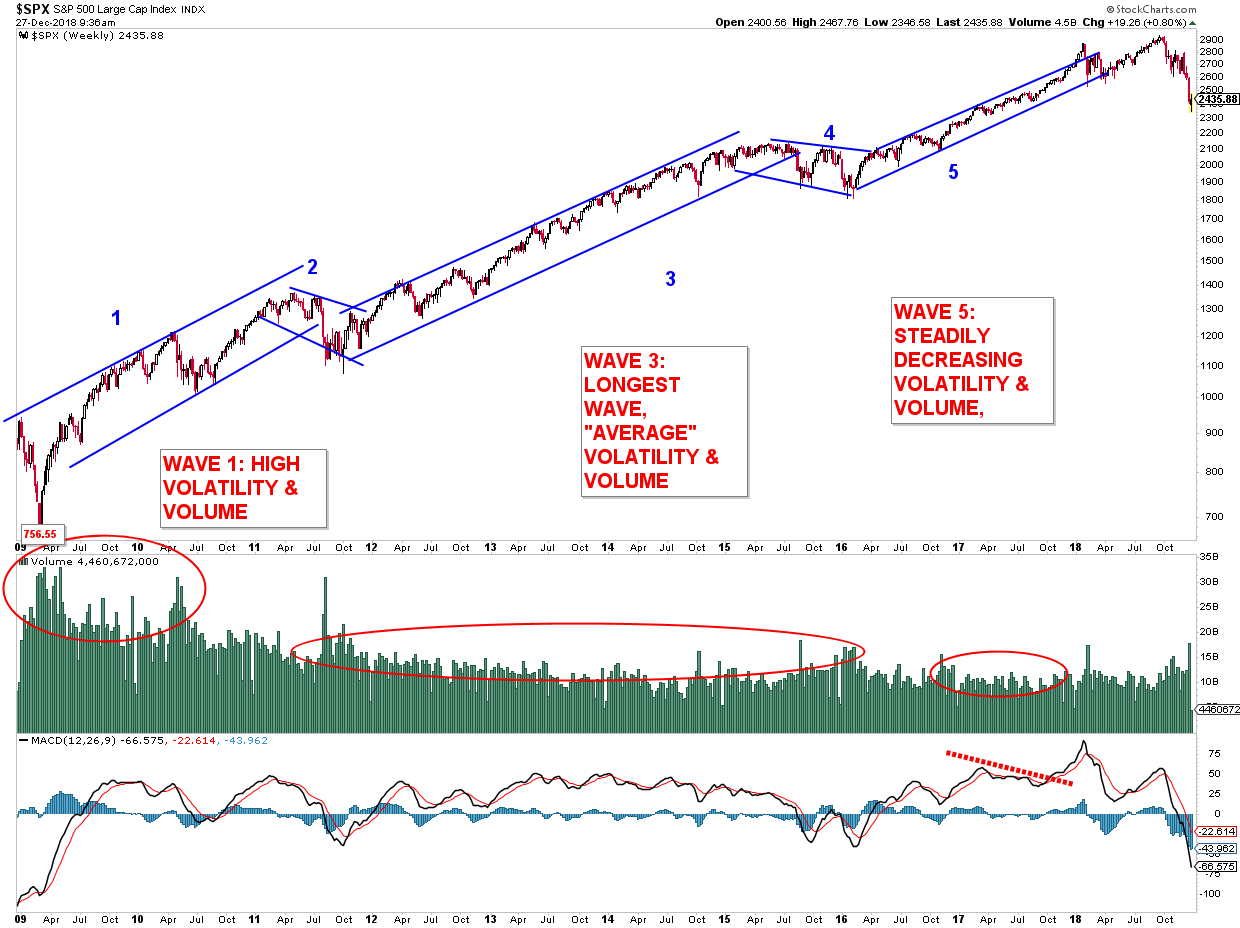 Beyond the potential of 2017 having been the final bull market phase within EWT observations, last weeks break of the 2540 lows set earlier this year suggested that we are indeed skewed towards the probability of a new bear market. Again–please refer to my last blog to see the chart indications for that observation. A topping formation that breaks its neckline with an aggressive waterfall movement down will typically see a revisit of that neckline via an oversold bounce. Yesterdays move was likely the beginning of an oversold bounce. It is my intention to sell stocks and raise cash at or near the low 2500’s on the S&P 500.

One factor that may make my bearish outlook wrong could be some research by sentimentrader.com. Jason Goepfert shows that there have been six declines of 17% or more off of a 52 week high since 1980. This type of rapid decline moved to positive returns on almost all timeframes (1 month right up to 1 year) in all six cases. That’s a statistic, and you know what they say about statistics ( i.e. you can find a statistic to prove anything)….but it’s worth taking into account.

I will post my annual rant-blog on Monday December 31st. Each year I rant on a different subject. This years rant will be a polarized political piece. The rant-blog will not focus on technical analysis. It may frustrate those who don’t want to read a political piece on a technical analysis blog. Some readers may want to avoid reading my opinions on the subject of politics. As such, I would encourage those who would like to avoid a political opinion piece and would prefer to focus on my technical market analysis blogs to skip next Monday’s blog.  Those individuals are welcome to revisit the blog when I post again mid-week. I only do a rant once a year, and now you have been warned that this year’s will be politically charged. I’ll be back to the technical stuff by Wednesday or Thursday of next week, and its your choice if you wish to read the rant next Monday.