Home / Avoid temptation, unless you can’t resist it.

Avoid temptation, unless you can’t resist it.

The last two weeks of May saw a return to more volatile markets. Investors tried to absorb the US Federal Reserve’s intonations regarding the paring back of the QE3 bond buying program. This  led to a near termed selloff. That selloff was tempered after a poor GDP report, higher unemployment claims, and a lower than expected pending new homes report on Thursday. The current formula, it would seem is: 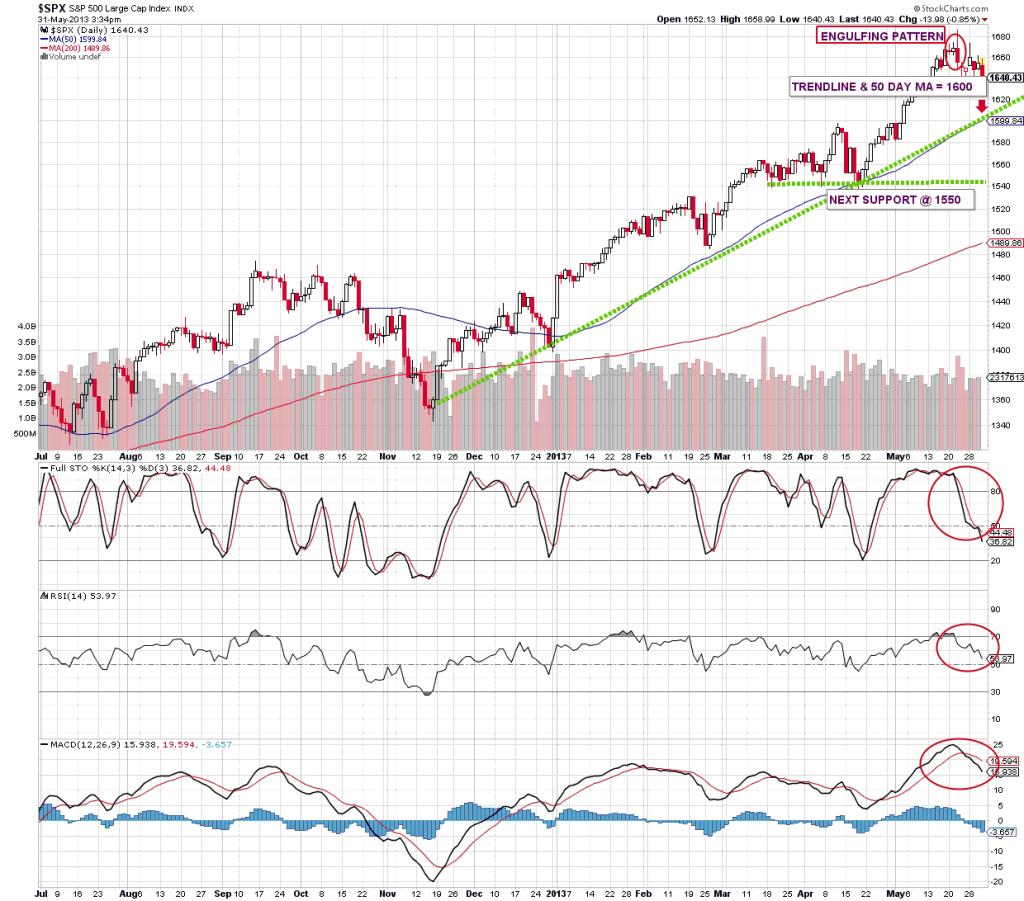 The question of the moment is, should one buy stocks now, or should we wait for a pullback?

It’s tempting to believe that the market may not take a breather, given its unbelievable resilience of late. My opinion regarding whether to buy or not is simple: Stick to your discipline.

If you follow seasonal patterns, as I do, and like to reduce (not eliminate) your equity exposure in the spring, don’t be tempted to sidestep this discipline. If you place faith in momentum indicators and chart patterns to identify potential turning points, and those indicators are suggesting an overbought condition, don’t deviate from your assessment.

Despite the temptation of vertically moving markets, we have the following conditions that imply a likely near termed market correction- at least according to my discipline. In fact, it does appear that such a correction may have recently begun. Click on the chart to enlarge the following observations: