Home / August can be a corrective month

August can be a corrective month

Thackray’s Investors Guide and EquityClock show us a tendency for August to be a relatively weaker month – Brooke Thackray notes it is the 4th weakest month from an historic perspective. My observations are that the S&P500 is prone to an even greater tendency to selloff if July is strong.

Below is the EquityClock (www.equityclock.com) chart of the S&P500 – note the tendency for markets to weaken from about the third week of July into the end of August. 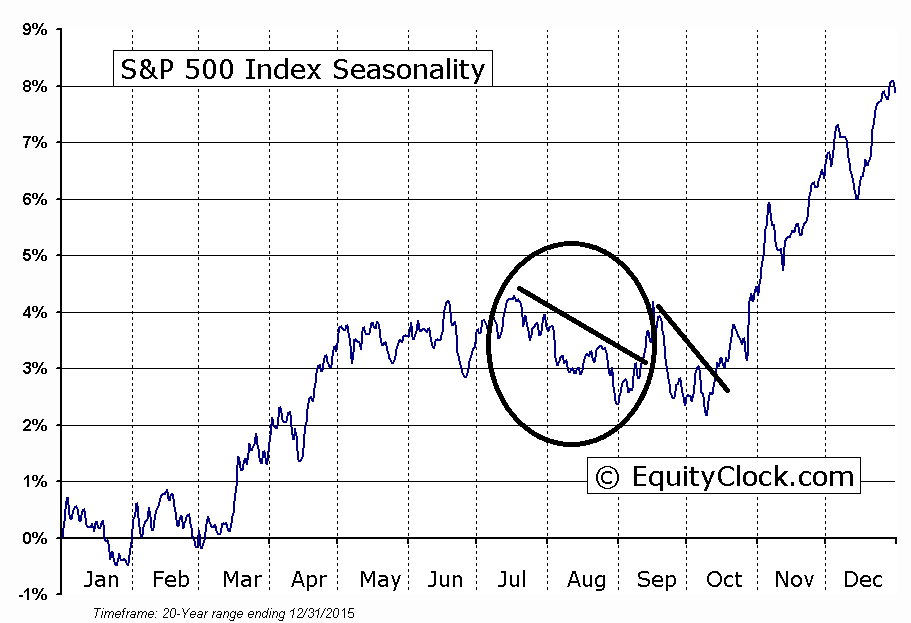 Based on the historical pattern of weaker Augusts after strong July’s, my thoughts are to look for any signs of weakening from this point. I am inclined to hedge downside risk or raise more cash if markets appear to be following historic patterns.

The NASDAQ has the greatest risk for correction at this time.

Past picks and looking forward

Consumer staples should be on your radar