As a true geek, I spent my youth (and adulthood!) watching all of the Star Wars, Star Trek (all generations) and Terminator shows. I also listened to Monty Python records, and their movies and shows. Yup, I was (and still am) a full-on nerd. Todays title comes from a Monty Python skit where someone  said  “I’ve met a lot of people, and I’m convinced that the vast majority of wrong thinking people are right!”. This Monty Python line came back to me recently when I looked at the number of polarized opinions on the direction of oil Everyone has an opinion on oil. The vast majority of wrong thinking people will, at some point, become right thinking people in the current erratic environment for oil.

Recently, when oil bounced off of its $44 support level, I noted on this blog that I would enter a long trade if that bounce could hold for 3 trading days. After 3 days off of the $44 low, I placed an order for USO (US Oil fund) at $16.95 (oil at $47) in the ValueTrend Equity Platform, as I noted was my strategy:

How to play oil

Yesterday, we exited this trade by selling USO at just over $19, given the fact that WTI spot oil hit our target price intra day of $54. A three week profit of 13% was plenty – given the risk reward scenario for crude at this time. Momentum indicators were getting a bit peaky at our target level, further inspiring our sell decision.

The chart below shows us that oil is coming into some strong resistance at $54 or so. Should it break this level and hold over $54 for more than 3 days, there may be considerable upside ahead. . The bulls and bears are plentiful on WTI right now – and it is my opinion that waiting for a breakout through $54 resistance may be a high risk trade – especially for those who followed my trading advice on playing a bounce. 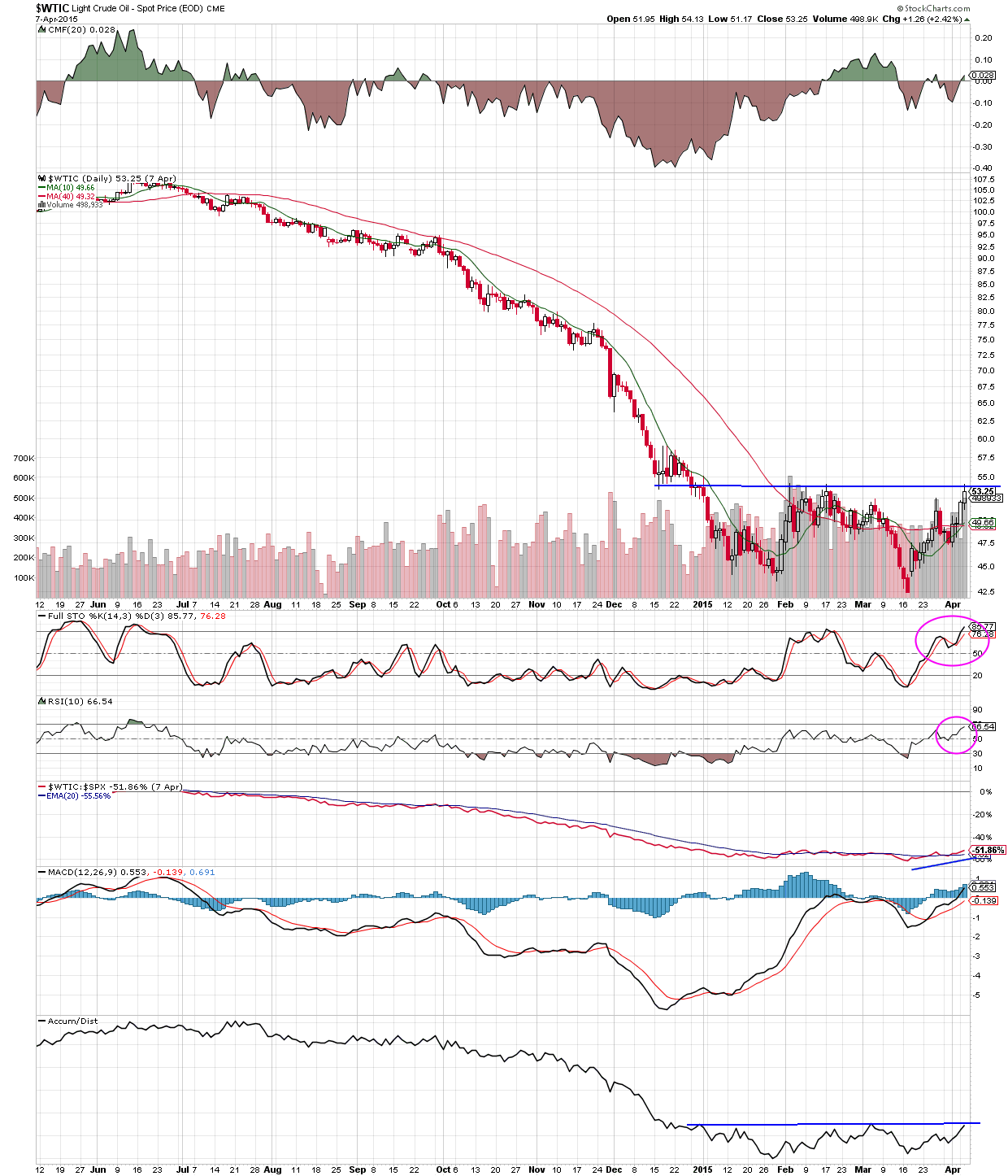 You may choose to hold your oil exposure and see if it can break $54 resistance. That position may be rewarded if resistance is penetrated. My problem with staying with the trade is the risk / reward tradeoff. The risk of seeing crude return to $44 is as great or greater than the upside reward potential of a meaningful penetration through $54.  The problem, then, is the number of wrong thinking people who may not be right!